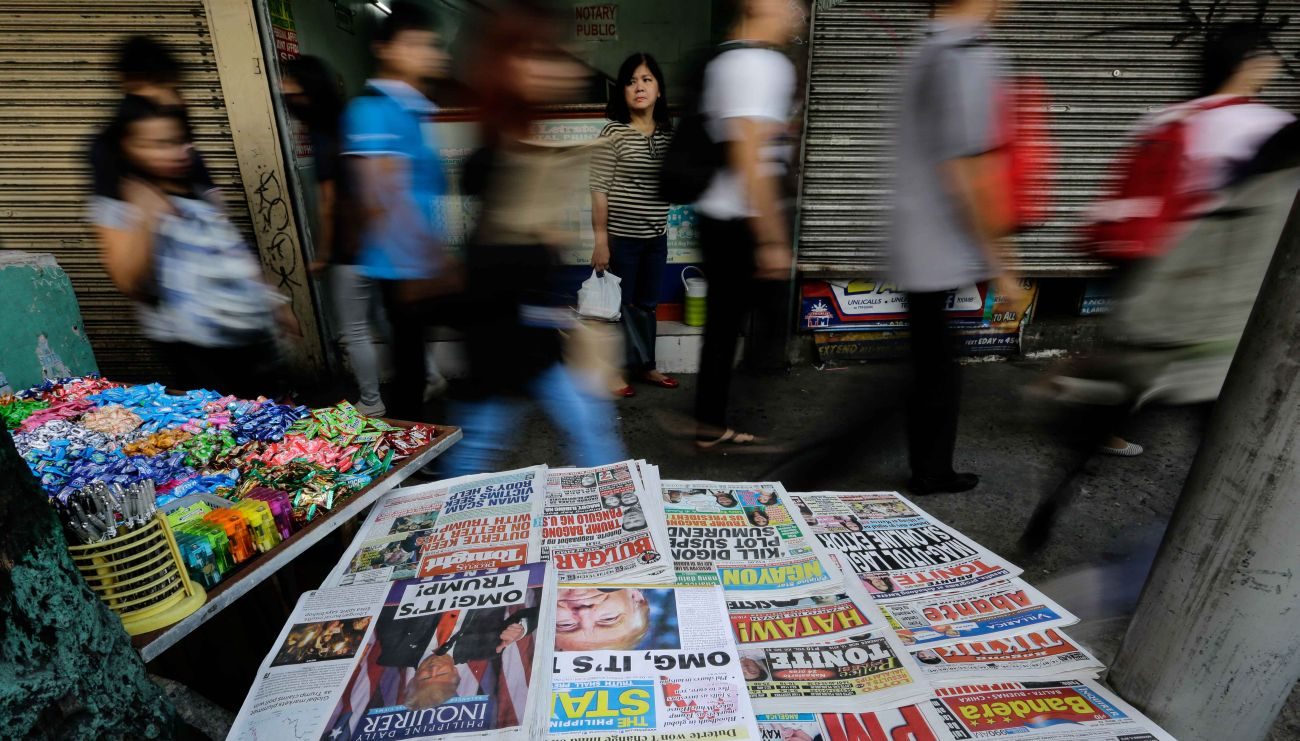 DAVAO CITY, Philippines (CNS) — Filipinos working in the church’s social communication ministry need a lot of prayer and a “sense of mission” to be able “to combat fake news” and work for peace, a gathering in Davao City was told this week.

The head of the Philippine bishops’ Commission on Social Communications urged the gathering of Catholic media groups to be “journalists of peace,” ucanews.com reported.

“As Catholic media practitioners … we must be men and women of prayer,” said Bishop Mylo Hubert Vergara of Pasig, commission chairman.

“Being exposed to Jesus … we clearly realize the font and source of what we proclaim,” he told delegates at the annual National Catholic Media Convention.

About 150 priests, women religious and lay people attended the four-day gathering to discuss “fake news” and the role of journalists in the country’s peace process. More than 80 dioceses across the country sent delegates to the gathering that ended Aug. 9.

Archbishop Romulo Valles of Davao, president of the bishops’ conference, quoted Pope Francis saying that the “best antidotes to falsehoods are not strategies, but people (who) listen, people who make the effort to engage in sincere dialogue so the truth can emerge.”

At a press briefing Aug. 8, Bishop Valles stressed the urgency in addressing the spread of so-called fake news, especially on social media.

He said people can end “fake news” if journalists “have pure hearts.”

“It seems impossible, but we always pray and inspire people to abandon that life. We don’t lose hope. Catholic media should inspire people in media. We should be conveyors of truth,” he said.

The gathering also held skills training sessions on social communications, including best practices in the provinces.

In a pastoral exhortation, the bishops called on Filipinos not to be “purveyors of fake news” and “to desist from disseminating” false information.

The bishops said spreading “fake news” is a “sin against charity because it hinders people making right and sound decisions and encourages them, instead, to make faulty ones.”

NEXT: Vatican makes progress on pushing drug availability for kids with HIV