Slovak teen to be beatified as martyr to purity 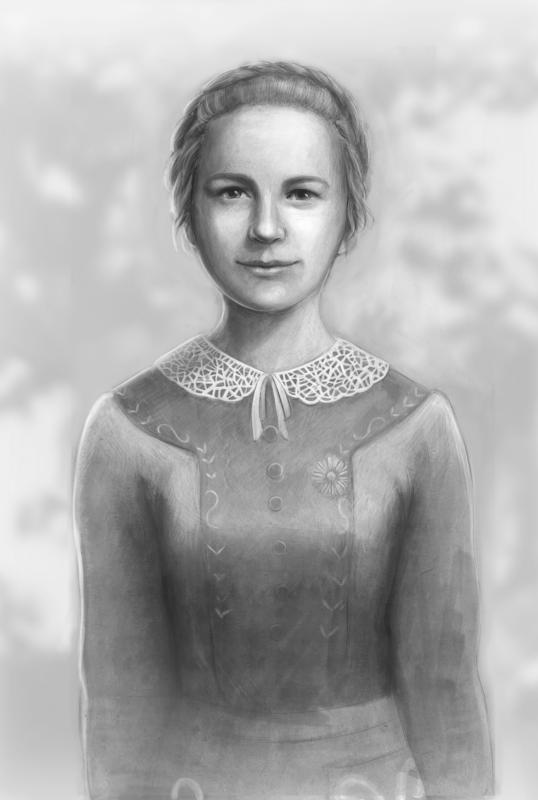 An artist’s rendering shows Anna Kolesarova, a Slovak teen who was shot in 1944 in front of her family for resisting rape by a drunken Soviet soldier. She will be beatified in Slovakia Sept. 1. (CNS photo/courtesy Pastoral Centre of Anna Kolesarova)

OXFORD, England (CNS) — A 16-year-old peasant girl will be beatified as a martyr in Slovakia, seven decades after she was shot in front of her family for resisting rape by a drunken Soviet soldier.

Anna Kolaserova “embodies the faithful layperson living in their family, regularly receiving sacraments, praying the rosary and approaching God through good works. Her heroic testimony, drawn from a sincere spiritual life, is something every Catholic and believer can aspire to,” Archbishop Bernard Bober of Kosice, Slovakia, told Catholic News Service Aug. 21.

He said honoring Kolaserova, whose “reputation for holiness” had inspired young Slovaks, would give the local church a unique chance for spiritual growth.

“The story of 16-year-old Anna Kolesarova offers a strong message, of course, for the younger generation,” he said.

“Celebrating the divine grace which was present in her life will enable us to gather the faithful, but also to reach the wider civil society,” Archbishop Bober said. “Her story provides a spiritual response to today’s nostalgia for purity. It’s a message not confined to the younger generation, but one to move all faithful people.

“Servants of God who gave their lives for Christ in modern Slovak history were the victims of a totalitarian communist regime which suppressed religious freedom, and this will be the first layperson declared blessed,” he added.

Cardinal Giovanni Becciu, prefect of the Vatican’s Congregation for Saints’ Causes, was to beatify Kolaserova in Kosice Sept. 1. At least 30,000 Catholics are expected to attend the beatification in Lokomotiva Stadium.

Kolaserova was born July 14, 1928, at Vysoka nad Uhom, near the present Slovak-Ukrainian border. When Kolaserova was 13 her mother died, so she took over household duties and regularly attended Mass and rosary services with her father and elder brother.

When the Red Army captured the village Nov. 22, 1944, witnesses said Kolaserova had donned her mother’s black dress to disguise her youth; she took refuge in the cellar. Asked to find food when a drunken soldier entered the house, Kolaserova broke free when he tried to rape her. She was shot twice through the head in front of her father and neighbors.

The 16-year-old was buried at night in a makeshift coffin but was given a formal funeral a week later by Father Anton Lukac, who recorded that she had received confession and Communion before her death and made a “sacrifice of holy purity.”

In a website statement, the Kosice Archdiocese said accounts of her testimony had been secretly gathered in the 1950s by Jesuit Father Michal Potocky. The statement said her grave had become a place of pilgrimage only after the 1989 collapse of communist rule.

In a pastoral letter, read in churches Aug. 19, the Slovak bishops’ conference said Kolaserova had been “fully aware, despite her young age” of what awaited her, and had instinctively “followed the voice of conscience” rather than “having time to think and philosophize.”

“Today, the temptations against purity are much greater than before — they weigh on the young soul from every direction, via the internet and media,” the letter said.

“We are tempted to ignore or succumb to manifestations of our imperfect human nature and the fragilities which characterize us as sinful people. In the light of faith, however, we are called to observe limits and boundaries, to be greater and more persistent.”

NEXT: Pope says he’s excited to return to Ireland to celebrate families