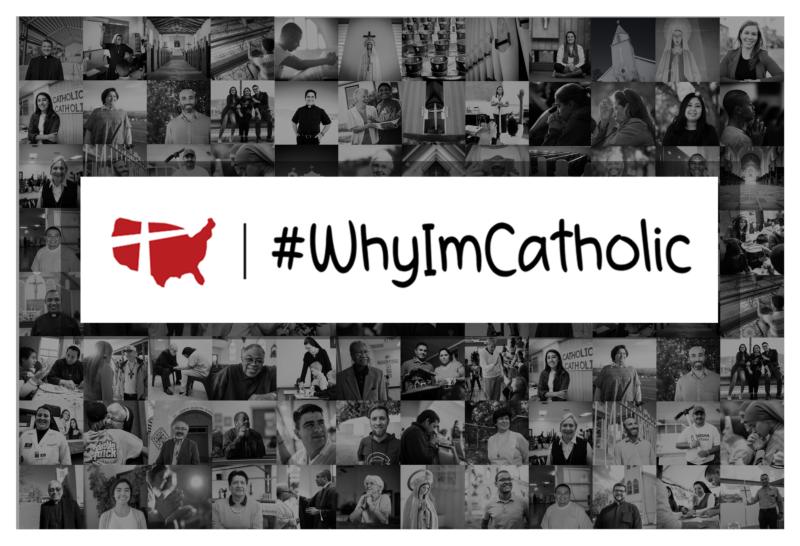 Catholic Extension launched #WhyImCatholic campaign that invites Catholics to share stories of hope as a way to support one another and walk together in faith through the challenging times facing the Catholic Church. (CNS photo/courtesy Catholic Extension)

CHICAGO (CNS) — Catholic Extension has launched a new social media campaign called #WhyImCatholic to offer “hope and unity” for Catholics by inviting them to share their positive stories about faith and community “during this difficult chapter in the church.”

As U.S. Catholics “struggle with the painful issues facing the church today,” particularly the abuse crisis, Catholic Extension “recognizes that it is a difficult time to be Catholic.”

“We must face hard truths together in order to change and grow stronger in love. It will hurt. It will be hard. And we will endure as a family of faith,” the Chicago-based national organization said in a Sept. 20 news release announcing the social media campaign. “It’s times like this we should join together, as a faith family looking toward positive examples, to unify people and provide support.”

Catholic Extension is inviting people to share their stories, including short videos, photos or a written post on social media using the hashtag #WhyImCatholic. They also can submit them to www.catholicextension.org/whyimcatholic.

Stories will be gathered and shared on the Chicago-based organization’s Facebook page, Twitter account (@CathExtension) and website (www.catholicextension.org) to illustrate “what makes people proud to be Catholic and gives them hope for the future.”

Added Joe Boland, vice president of mission: “There is a story of the Catholic Church that is lost in today’s headlines — one filled with hope, faith and community. We at Catholic Extension have been telling these stories for more than 110 years and we know that Catholics throughout America have their own stories to tell and we want to hear them.”

Catholic Extension raises and distributes funds to support U.S. mission dioceses, many of which are rural, cover a large geographic area, and have limited personnel and pastoral resources. Among other things, funds help build churches and assist with seminarians’ education and training for other church workers.

NEXT: Congress urged to finish work on opioid legislation