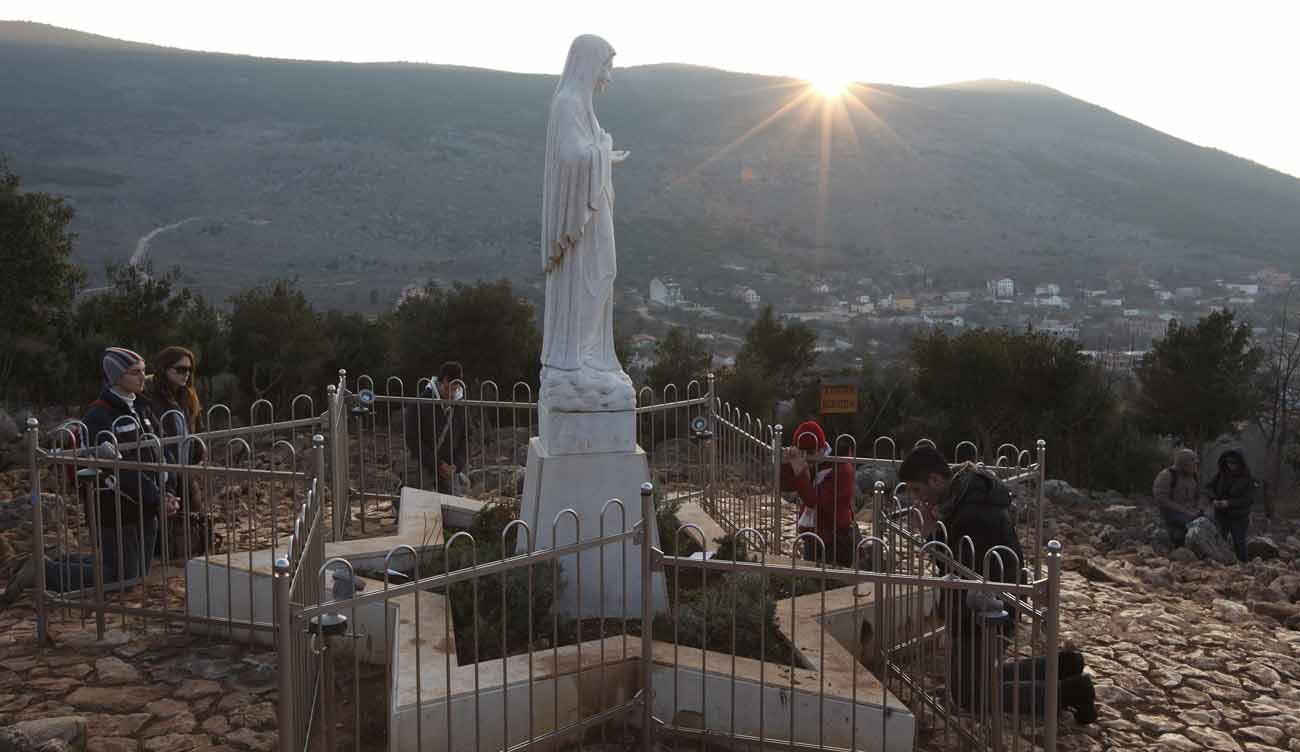 WARSAW, Poland (CNS) — The Polish archbishop tasked with overseeing Bosnia-Herzegovina’s Medjugorje shrine has outlined plans for expansion, including more Masses in different languages and facilities for young pilgrims who flock to the site of the alleged Marian apparitions.

“We now have to re-create its infrastructure, firstly by securing its liturgical space. We also need to expand its areas for retreats and provide new places for celebrating the Eucharist, especially for pilgrims,” he said.

In May, Pope Francis appointed Archbishop Hoser apostolic visitor to Medjugorje, where six young people claimed in 1981 that Mary had appeared to them.

Many people see “only the sociological side of the church, which is also the face of sinners,” and fail to comprehend its religious mission, the archbishop said Sept. 16 at a new Catholic youth center in Warsaw.

“We all bear responsibility for the church — we’re all called to be apostles, evangelizers and teachers, according to the gifts we’ve obtained from God,” he said.

“Apart from the youthful saints who are sprinters, there are also long-distance runners who move slowly, maturing over long years but also reaching the goal of great sanctity,” he said.

In July, Archbishop Hoser said he hopes more priests will come to provide sacraments and catechesis training at Medjugorje, according to Poland’s Catholic Information Agency, KAI.

With rising numbers of mostly young pilgrims and visitors, people wait in very long lines and, in summer, temperatures of over 100 degrees at the shrine’s 50 confessionals, he said. Roofing is also needed for Medjugorje’s main esplanade, as well as better facilities for conferences and charitable work.

Many groups come from countries in Western Europe, “where the church has atrophied” and is “suddenly experiencing God’s grace,” Archbishop Hoser said.

“What’s also remarkable is there are now networks in many countries of pilgrims who’ve been to Medjugorje, who are organizing, meeting, praying together and engaging in concrete activity for their local community and church,” he said.

Over 40,000 apparitions have been claimed since 1981 at Medjugorje.

Diocesan commissions studied the alleged apparitions in 1982-1984 and again in 1984-1986, and the then-Yugoslavian bishops’ conference studied them from 1987 to 1990. All three commissions concluded that they could not affirm that a supernatural event was occurring in the town.

The report of a papal commission set up in 2010 to study the alleged apparitions has not been made public, but some of its points were revealed after Pope Francis spoke about the commission’s work.

Pope Francis acknowledged that pilgrims to the Marian site deserve spiritual care and support, but he also expressed doubts about claims of the continuing apparitions of Mary in Medjugorje.

NEXT: Pope: Those exploiting foreigners for profit will pay on Judgment Day