Cardinal Marx says mistakes were made, calls for change in German church 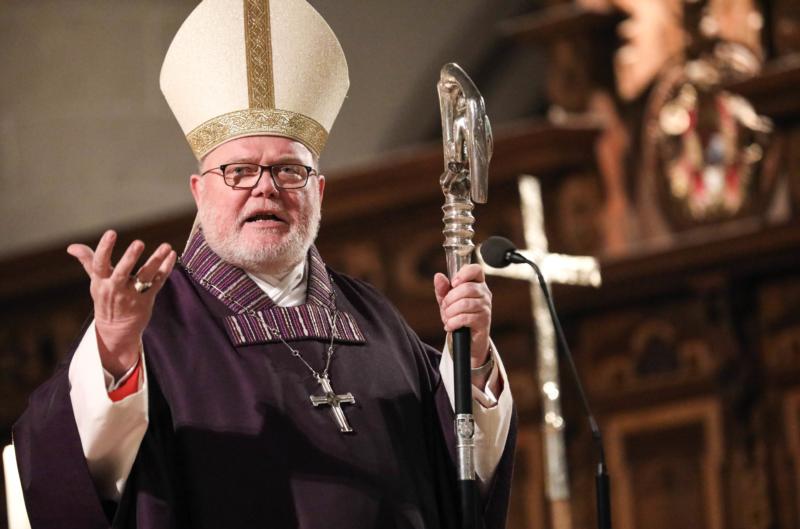 Cardinal Reinhard Marx of Munich is seen in Ingolstadt, Germany, Feb. 19. The German cardinal admitted Sept. 16 that mistakes were made in the German church’s handling of sex abuse of minors and said he anticipates change in the church. (CNS photo/Markus Now, KNA)

UPDATED – Cardinal Reinhard Marx, head of the German bishops’ conference, admitted that mistakes were made in the German church’s handling of sex abuse of minors and said he anticipates change in the church.

Speaking out for the first time Sept. 16 regarding the contents of a leaked document on church sexual abuse in Germany, Cardinal Marx attributed the abuse to the church “lacking attentiveness, lacking sensitivity, through the absence of love.”

“God suffers about what we overlooked, where we looked away, what we did not want to believe as true,” the cardinal said during his homily at a Mass in Schoenstatt, Germany.

New details from the leaked document state that more than half of the victims were boys under the age of 14. One in every six cases was a form of penetration. Three quarters of the victims had a pastoral or ecclesiastical association with the accused.

“The church experiences highs and lows,” said Cardinal Marx. “Particularly in these days, we are thinking about the dark sides of what has happened and what is happening within the church.”

The cardinal described it as shocking that children had experienced such suffering at the hands of priests they trusted.

“We stand on the side of the victims of sexual abuse. That is our continual duty,” said Cardinal Marx. He said the bishops are “deeply depressed, shaken and ashamed before the reality of sexual abuse of minors within the Catholic Church.”

During a Sept. 18 Mass in the Archdiocese of Munich and Freising to honor the vocation of priesthood, Cardinal Marx said it was “not easy” to discuss sexual abuse in the church. However, he said the bishops must “not avoid the challenge.”

“We should take criticism as encouragement to grapple with this task,” said Cardinal Marx. He said the German clergy should examine their consciences for signs of “carelessness” and “clerical posturing.”

“Sin and violence are present throughout the history of the church,” he said. “It is deeply disturbing that people within the church experience evil from people who are supposed to proclaim the Gospel.”

The cardinal said the bishops’ conference would examine the findings of the study during their upcoming plenary assembly in Fulda and discuss next steps.

“I am convinced that a great change is coming,” said Cardinal Marx.

NEXT: Be grateful to parents, never insult them, pope says