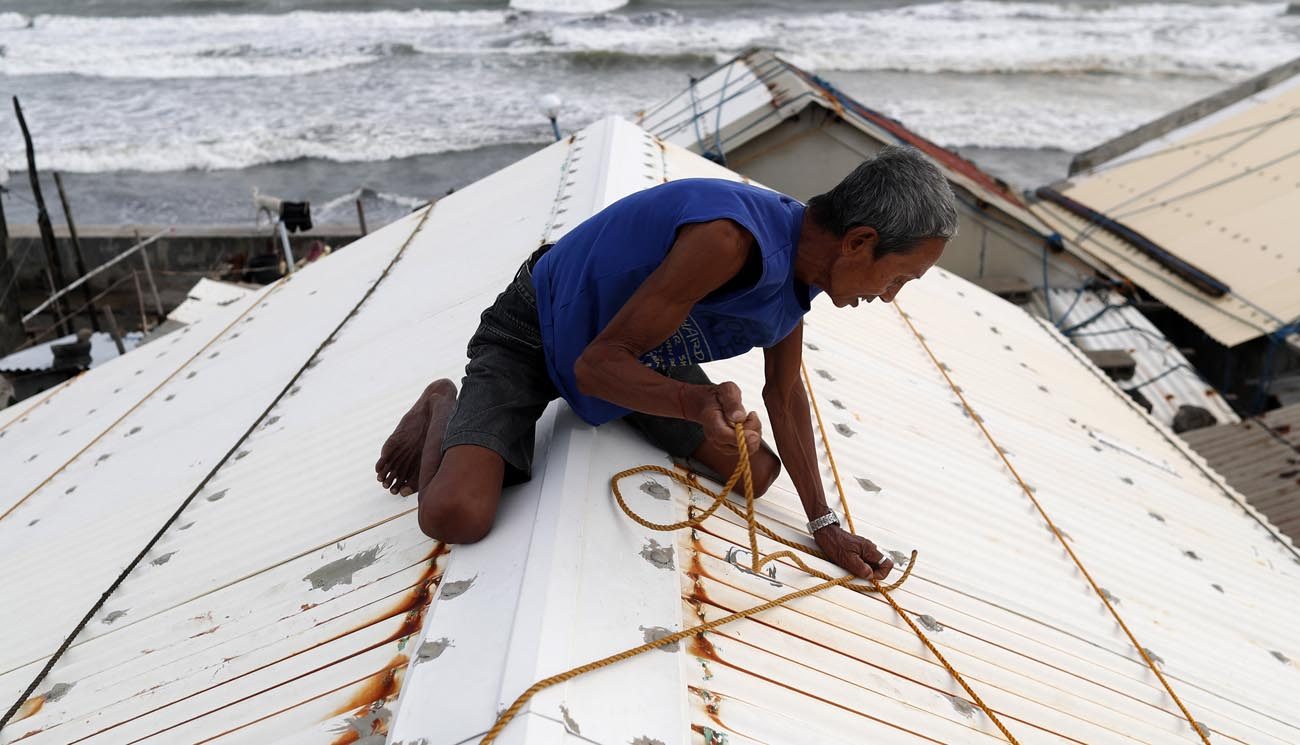 A man secures the roof of his home Sept. 14 in preparation for super Typhoon Mangkhut in the village of Aparri, Philippines. The storm threatens more than 4 million people in the north of the country. (CNS photo/Francis R. Malasig, EPA)

MANILA, Philippines (CNS) — The social action arm of the Philippine Catholic Church has convened its “surge team” as super Typhoon Mangkhut threatened the country in mid-September.

Father Edwin Gariguez, head of Caritas Philippines, told ucanews.com that his team was already monitoring the typhoon as authorities evacuated about 800,000 people from coastal areas in at least eight northern Philippine provinces.

Ricardo Jalad of the Office of Civil Defense said an estimated 4.3 million people would be affected by the typhoon, which was expected to make landfall on Sept. 15 and has the potential to inflict widespread damage. He said authorities had already earmarked more than 1,700 centers that would house affected families in northern provinces.

On Sept. 14, Typhoon Mangkhut had winds of 180 mph as it approached the northern tip of the main Philippine island of Luzon.

Father Gariguez told ucanews.com that the surge team would coordinate with dioceses around the country to make sure they were prepared. He said church aid workers and resources have already been deployed in several areas for possible “on-ground assessment, relief procurement, and distribution.”

“We are also monitoring government actions to complement responses if necessary,” he said.

The Philippines is hit by about 20 typhoons and storms a year.

The deadliest storm to hit the country was Super Typhoon Haiyan, which killed more than 7,500 people and affected millions of others in 2013.

NEXT: Down to earth: Vatican brings together world’s meteorite curators