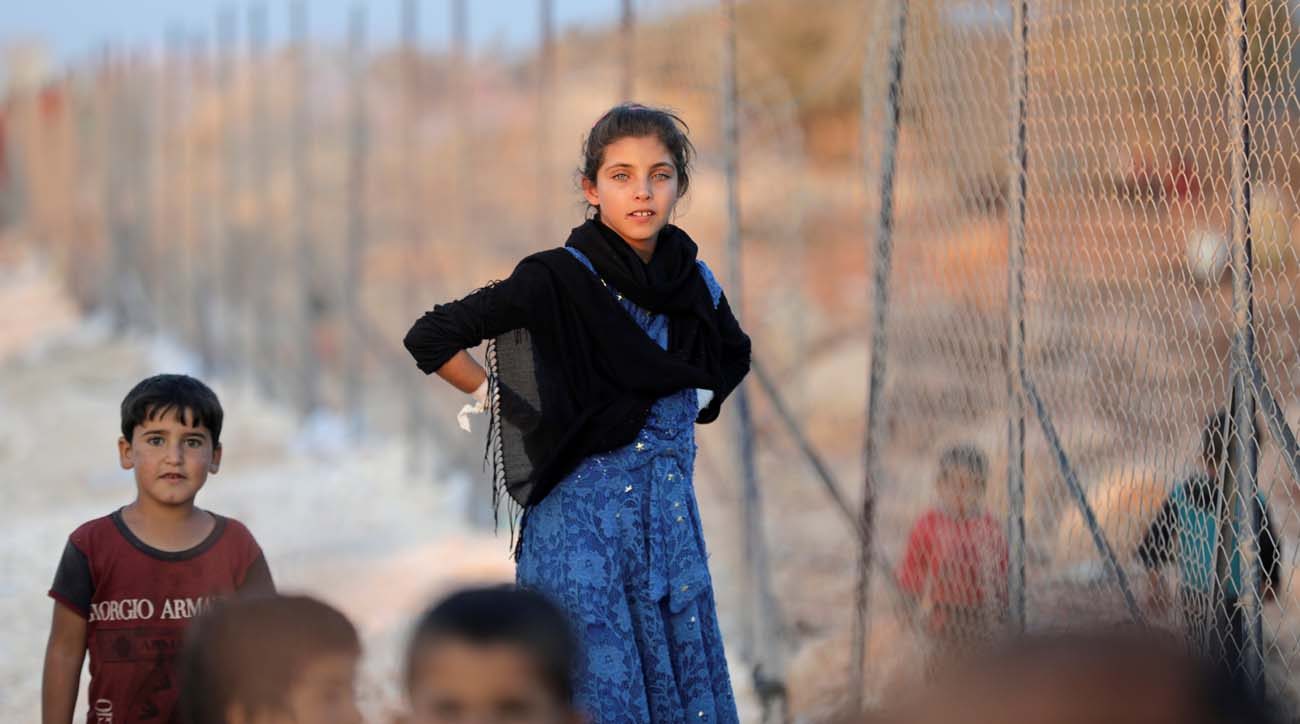 VATICAN CITY (CNS) — The way Catholics and Catholic organizations listen and respond to pleas for help from people trapped in or forced to flee war zones “is a source of light in the present and a seed of hope that will bear fruit in the future,” Pope Francis said.

Meeting Sept. 14 with 150 representatives of Catholic agencies and others assisting victims of the wars in Syria and Iraq, Pope Francis said that each day he places before the Lord “the sufferings and the needs of the churches and people of those beloved lands as well as those who work to assist them. This is true. Every day.”

The pope repeated his plea to the international community to help find a way to restore peace throughout Syria and to guarantee the conditions that will allow the millions of people displaced by the fighting in Syria and Iraq to return home.

The September gathering at the Vatican was the sixth formal meeting designed to coordinate Catholic aid to the region.

In preparation for the meeting, a Vatican study estimated that in 2018 more than 3.9 million Syrians and Iraqis would benefit from more than $229 million of aid and reconstruction efforts funded by the Catholic Church and its members.

The Vatican Dicastery for Promoting Integral Human Development surveyed 84 Catholic organizations, agencies, bishops’ conferences, dioceses and religious orders involved in providing assistance to Syrians and Iraqis in their homelands or in neighboring countries.

“Although in Syria the conflict is continuing in some areas of the country — where basic needs still have to be met — the survey shows how for the first time we are looking toward the future, including in crisis response activities, with the end of the acute phase of the emergency in most sectors of intervention and a transition to the early recovery phase,” the report said. In 2014, the largest sector of spending was on food aid, while for 2019 the priorities are education, livelihood and jobs, health and psycho-social support.

The Catholic aid comprises both humanitarian assistance — offered to anyone in need — and support for the local Christian communities and their return and rebuilding efforts, the dicastery said.

Because of “the real risk that the Christian presence may disappear” from the region, Pope Francis said all Catholics should be offering prayers for and concrete charity to support their brothers and sisters in Syria and Iraq, encouraging them “not to give in to the darkness of violence and to keep alive the light of hope.”

PREVIOUS: Algerian martyrs to be beatified in Algeria Dec. 8

NEXT: Pope says he hopes to visit Mozambique in 2019