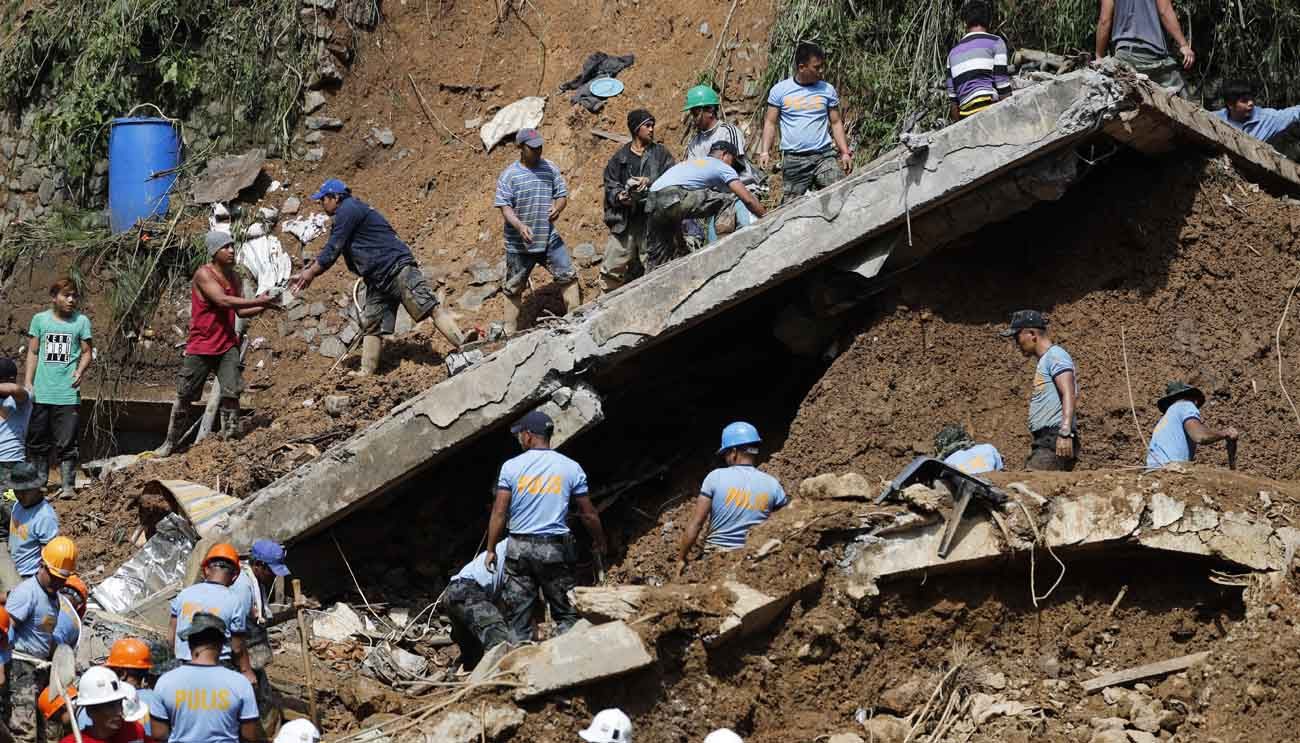 Ucanews.com reported that in the town of Itogon, on the island of Luzon, police officers, firefighters and volunteers shoveled mud and debris, sometimes with their bare hands, in search of survivors.

In a radio interview, Itogon Mayor Victorio Palangdan said a bunker, where the people sought shelter from Typhoon Mangkhut, was buried by a landslide, trapping about 50 people. He said more than half of his town has been a mining area for more than 100 years.

“This is the result of it. The mountain is coming down because there is nothing inside,” he said.

A presidential spokesman said the government would not stop the search until all the missing were accounted for.

At least 65 people were reported killed and 43 others remained missing in the wake of Typhoon Mangkhut in the Philippines. On Sept. 16, the storm hit southern China, where more than 3 million people were moved to safety.

In Philippines, Catholic aid agencies, many under the umbrella organization Caritas, handed out food packets to affected families, and assessment teams spoke of a need for food in interior areas as well as along the coast.

In a statement posted on the Caritas website, Father Peter Rambac, parish priest in Roxas, said 90 percent of the vegetable crop in his area had been damaged.

“There are a lot of things we need right now, particularly food, canned goods, clothes, blankets. We are again knocking on your door, asking for your generosity,” he said.

Matt McGarry, country representative for Catholic Relief Services, part of the Caritas network, noted that the storm had moved on and, with it, some of the international attention.

“We are extremely concerned about the potential negative impact on livelihoods and food security, as the damage to the rice harvest appears to be severe in many of the areas surveyed,” McGarry said. “Seeing the extent of the damage this storm inflicted and hearing the stories of those affected, it quickly becomes clear just how important the emergency preparedness and evacuation measures put in place prior to the storm were for preventing even greater loss of life.”

PREVIOUS: Priest attacked, robbed at his parish in Nicaragua

NEXT: Bishop takes a (sky) dive to get pilgrims to Lourdes