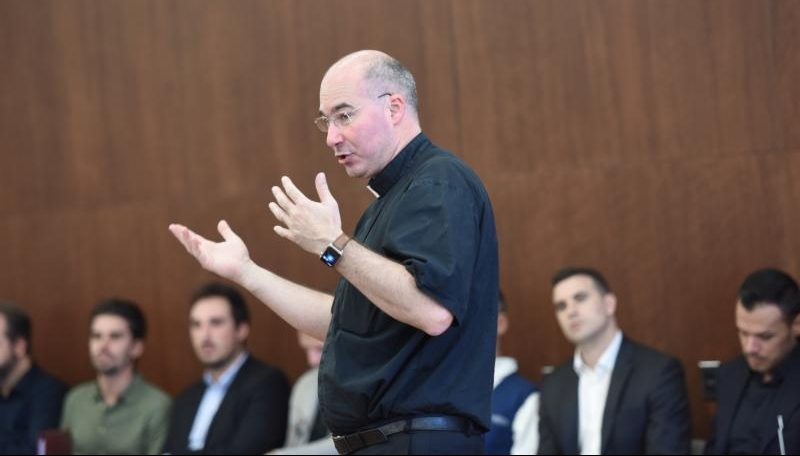 VATICAN CITY (CNS) — The Vatican confirmed an ongoing investigation into financial irregularities involving the directors of the Sistine Chapel Choir.

“Several months ago, Pope Francis authorized an investigation into the economic-administrative aspects of the (Sistine Chapel) Choir. The investigation is still in progress,” the Vatican press office said Sept. 12.

The statement, the press office said, was in response to an article published by “Vatican Insider,” the online news supplement to the Italian newspaper La Stampa, regarding the investigation.

According to the article, the Vatican was investigating the choir’s manager, Michelangelo Nardella, and its director, Msgr. Massimo Palombella, on suspicion of money laundering, fraud and embezzlement.

Profits from concerts, the article said, allegedly were transferred to an Italian bank account — accessible only to Nardella and Msgr. Palombella — and used for personal expenses.

Vatican Insider also claimed an apostolic visitor was conducting a separate internal inquiry on the choir director after several parents complained that Msgr. Palombella, who has directed the choir since 2010, spoke harshly to choir members.

The Vatican press office statement made no reference to the alleged internal investigation into Msgr. Palombella’s behavior.

Dating back to 1471, the Sistine Chapel Choir is one of the oldest choirs in the world and is comprised of 20 men and 30 boys.