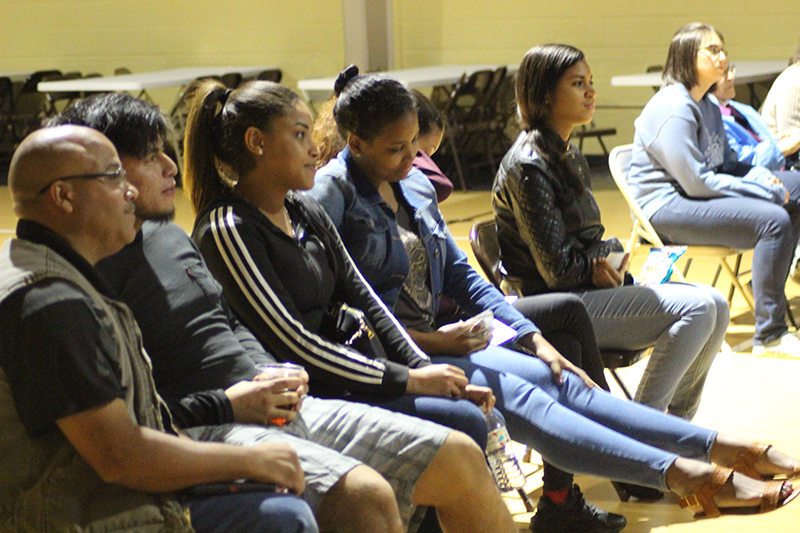 A recent screening of a film about Oscar Romero affirmed that the newly canonized saint continues to inspire the area’s Latino Catholics.

More than 50 attendees gathered Oct. 12 at Holy Innocents Parish in Philadelphia to watch “Romero,” a 1989 movie that recalled the martyred archbishop’s journey from privileged cleric to outspoken advocate of El Salvador’s disenfranchised.

As archbishop of San Salvador, Romero defended the poor while calling for peaceful solutions to El Salvador’s ongoing civil war. His outreach placed him at odds with both government and guerrilla forces, and he was assassinated by right-wing forces while celebrating Mass in March 1980. Pope Francis canonized Romero, along with Pope Paul VI and five other saints, on Oct. 14.

Released by Paulist Productions, the media division of the Paulist Fathers, the 1989 drama starring Raul Julia was said to be the first Hollywood feature film to be financed by the Catholic Church, including the Paulists and the Catholic bishops’ conferences of the United States and Latin America.

The movie, which culminates with Romero being shot by a sniper as he lifts the chalice at Mass, prompted both tears and self-reflection among those at the Oct. 14 showing. After the film, several attendees shared their thoughts during a discussion led by Father Thomas Higgins, the pastor of Holy Innocents.

Natalia Matias, a member of the young adult group at St. Veronica Parish in Philadelphia, said that Romero’s self-sacrifice stirred in her a similar desire to be “the voice of the voiceless.”

“I feel like I am called to do the same, to speak for those who are marginalized, because they don’t have the opportunity to be heard,” she said. 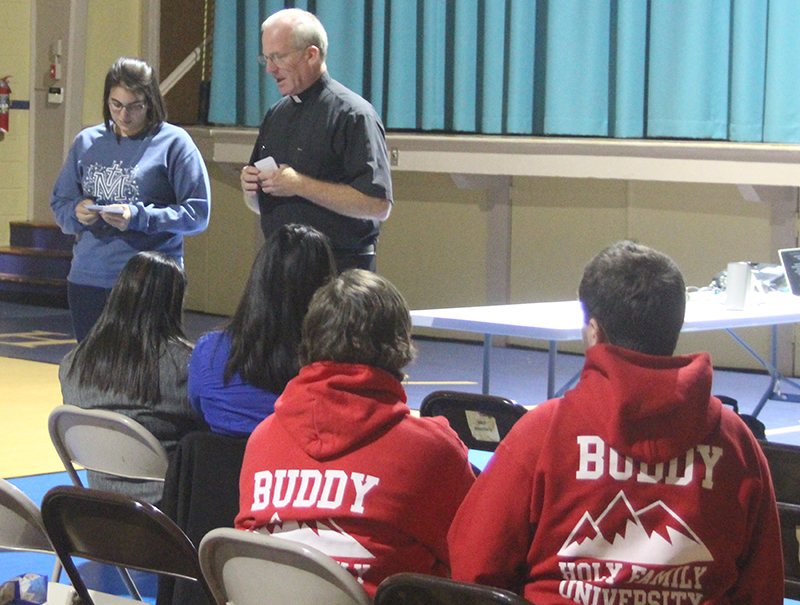 “The call of the priest is not a weak one,” said Burgos, who is studying for the permanent diaconate at St. Charles Borromeo Seminary in Wynnewood. “It really calls you out as a man, and it pulls you from so many directions. You have to be prepared for something out of the ordinary.”

Father Higgins revealed that Romero’s witness had influenced his own decision to work with Latino Catholics.

“Romero was a big inspiration in my life, and I like to say that he’s one of the reasons I’m here today,” he said.

“Unfortunately in our country today, both in the world of politics and in the church, there’s a lot of divisiveness and partisanship,” he said. “Personally, Romero inspires me to be faithful to the Gospel, to trying to live that each and every day, and encouraging others to do that.”

Maria Alicea, a parishioner at Holy Innocents, said that Romero also demonstrated how to listen effectively to discern others’ needs, a practice that can help resolve conflict in any country or culture.

“That’s something we need to do today, to stop and listen, because our anger comes without listening first,” she said. “If we stop and listen, we can bring Romero into our lives, continue in our faith, and make Jesus and love the first things in life.”

Local reaction to the canonization of St. Oscar Romero:
Salvadoran native lives out St. Romero’s legacy of justice
Romero calls us to be people of God who listen, says missionary

PREVIOUS: Romero calls us to be people of God who listen, says missionary