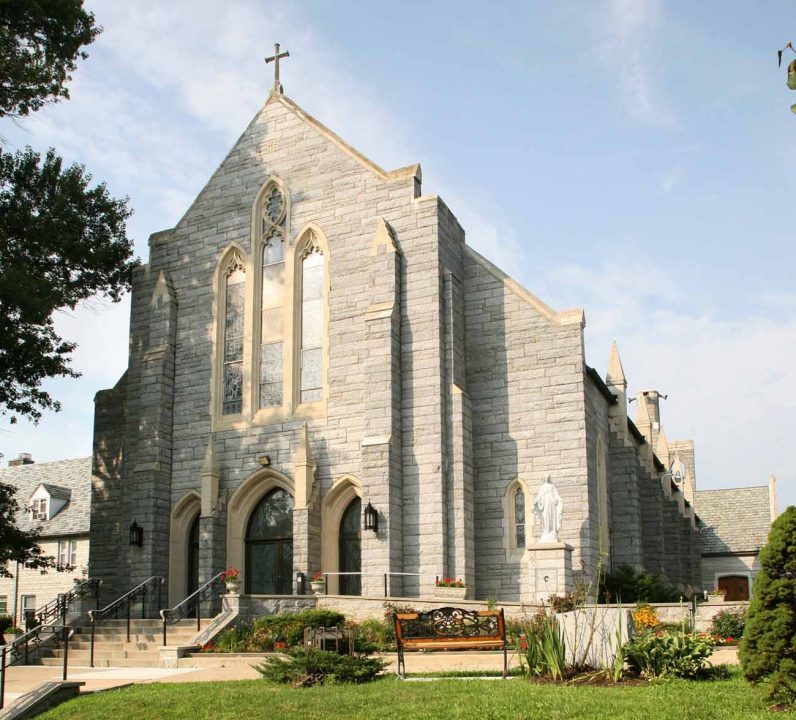 Archbishop Charles Chaput visited St. Katharine Drexel Parish, Chester, on Sept. 9 to celebrate Mass in honor of the parish’s 25th anniversary. It is a parish that has faced and overcome challenges over this quarter-century.

It was an unprecedented mass merger into a single parish, never done before in the Philadelphia Archdiocese nor repeated since.

Actually St. Hedwig (1902), a Polish personal parish, was also supposed to be part of the merger, but parish opposition was so strong it was instead merged into Sacred Heart, Clifton Heights, which was another Polish parish, and it remains open as a chapel.

The City of Chester has a rich history, tracing back as a community even further than Philadelphia. It was that area Billy Penn envisioned for his “City of Brotherly Love,” but when his surveyors arrived they found a fair number of mostly Swedes were already settled there, so the decision was made to come further up the Delaware River to where Philadelphia is today.

For many years Chester flourished in a moderate way with ship building, steel and iron, textiles and paper products among the industries, with many Catholics employed in the mills and factories.

The population peaked around 1950, with about 66,000 people. But as the industry dried up, many of the working-class Catholics moved away, replaced in part by poor African Americans moving up from the South, most of whom were not Catholic.

When the archdiocese announced its decision to merge all the parishes into one, it hit Chester like a thunderclap and it was not well received in the parishes.

In 1995, the first year of official October counts (the annual census counting attendance at all Sunday Masses in every parish throughout the month), it showed on average 723 Catholics attending weekend Mass at St. Katharine.

By 2008 it was down to 408. That number has continued to drop, more so than the average parish in the archdiocese.

Whether the people died, moved away, dropped out of the church or joined another nearby parish outside of Chester is impossible to say. In 2016 Mass attendance was 272. Last year it was up modestly to 292, which is a good beginning.

One of the factors that suggest a Catholic revival in Chester is a recent influx of Hispanics who come with a Catholic tradition.

“All things considered, we are doing well,” said Father Thomas Whittingham, who has been pastor for the past three years, and by his count the 14th priest to lead the parish, either as pastor or temporary administrator over the quarter-century.

At the core of the challenges in Chester is the very high poverty rate and the social ills that engenders. Addressing that is at the heart of the corporal works of mercy which are a prime focus at St. Katharine Drexel Parish.

“We do have a good volunteer base and little by little it is growing,” Father Whittingham said. “We’ve expanded operation of the food pantry with a full-time director. “It’s local people serving local people, and the parish has street credibility.”

“The Missionaries of Charity are very active in the parish,” the pastor said. “We continue to build cooperation with them. They are bringing people who need their marriage blessed or sacraments in the church. They bring life and joy into the neighborhood. We have an active student base at Widener University.

After St. Katharine Drexel School closed it was almost immediately reopened in the same building as Drexel Neumann Academy, which continues independent of the parish as a private elementary school dedicated to bringing Catholic values to a multicultural population in an under-served area.

The academy has approximately 200 students with Sister Maggie Gannon, O.S.F., as president and Sister Cathy McGowan, S.S.J., as principal. While most of the student body is not Catholic the philosophy of the school is, and Father Whittingham assists them with liturgies. Although it is not a parish ministry there is great cooperation. 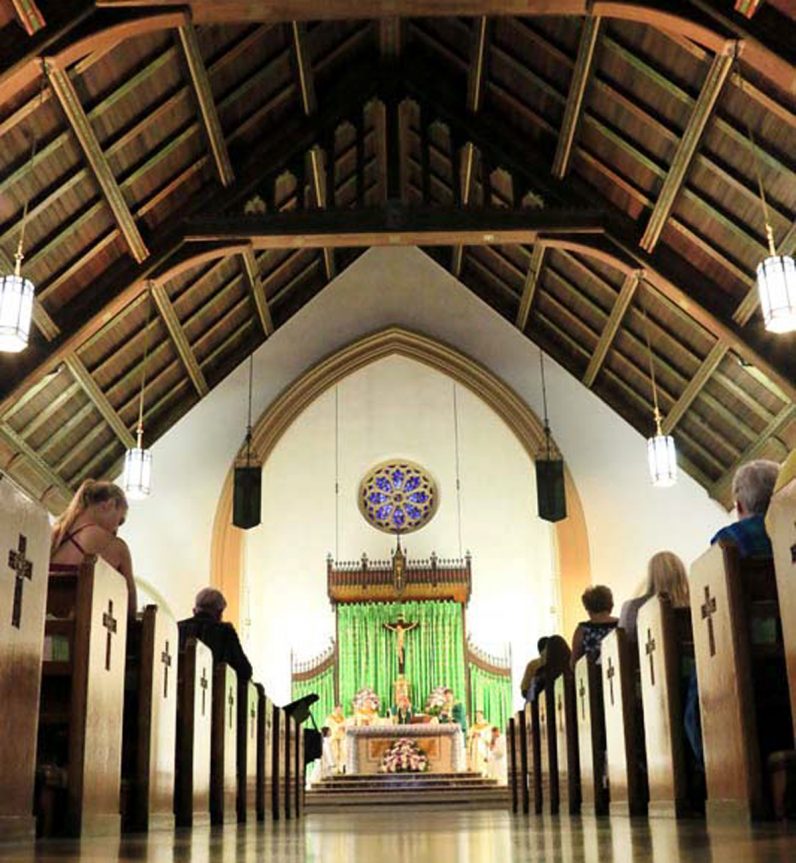 Celebration of the Mass of Installation of Father Thomas P. Whittingham as the new pastor of St. Katharine Drexel Parish in Chester, Delaware County on Sunday, July 19, 2015.

“I really believe the parish is thrilled that there is still a school here,” Sister Maggie said. “They use the building for PREP (parish religious education program) and still use the gym. They are grateful to have a strong identity with a school.

“We have good relations with Father Tom who is very good to us,” Sister Maggie said, adding that both the Sisters of St. Francis and Sisters of St. Joseph “are happy to be here.”

She too is optimistic about Chester and with it St. Katharine Drexel Parish.

“Chester is a beautiful city and has a great spirit,” she said. “I believe it is going to bounce back.”

NEXT: St. Hubert’s girls learn how small sacrifice for CRS can save a life