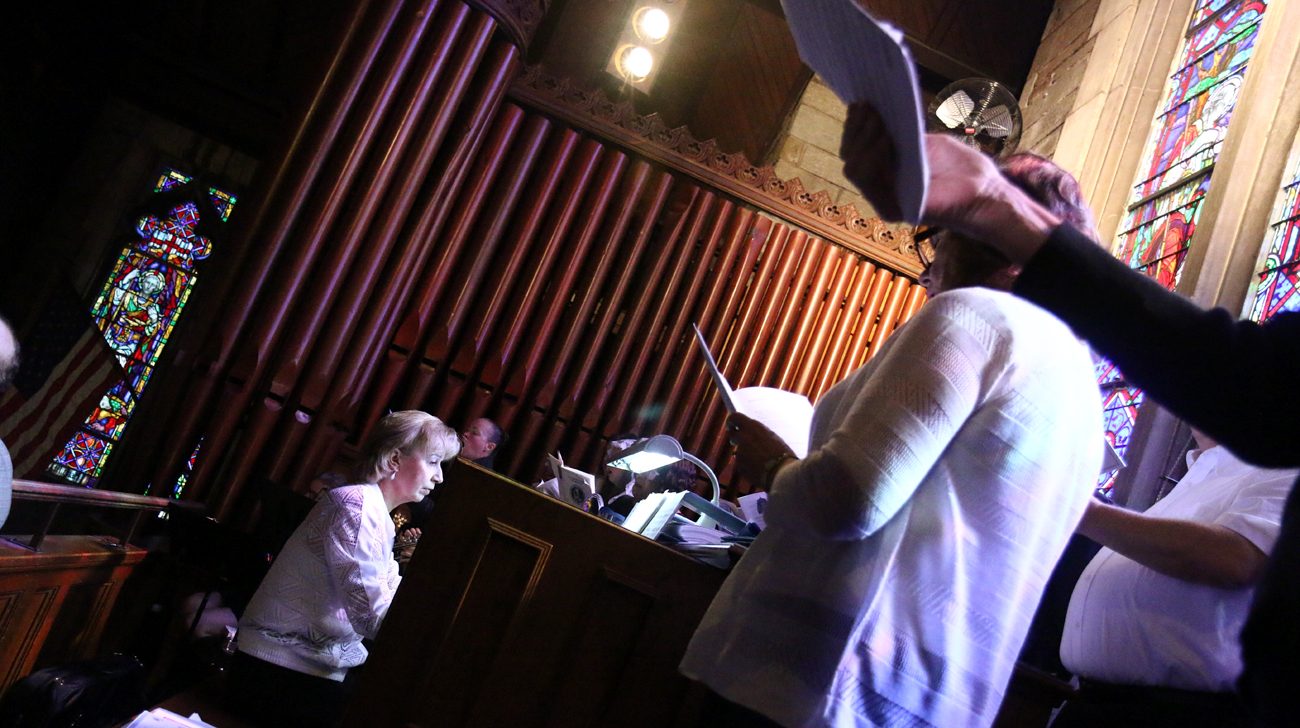 When Archbishop Charles Chaput visited West Chester Sept. 30 to celebrate Mass at St. Agnes Church in commemoration of the parish’s 225th anniversary, he found a parish that is distinguished on many levels.

In spite of its advanced age, this mother church of Catholicism in Chester County clearly retains the full vigor of youth. And it is the only parish in the Archdiocese of Philadelphia that can say its initial founder was a hero of the American Revolution.

That would be Irish-born Stephen Moylan, who was an aide de camp to General George Washington. Later as a colonel and brevet brigadier general, Moylan participated in a number of the great engagements of the Revolutionary War. Later he was a founder of the Friendly Sons of St. Patrick.

In 1793 while he was Recorder and Registrar for Chester County he purchased the site where St. Agnes is built. Initially it was named Christ Church but it was really a chapel served by priests from Old St. Joseph and Old St. Mary who would travel up from Philadelphia.

The first resident pastor was Father John Prendergast who arrived in 1852 and during his time a new church was built, dedicated to St. Agnes. In that era Bishop, now St. John Neumann, made several visits to St. Agnes and West Chester.

St. Agnes School was established in 1872 under the charge of the Immaculate Heart Sisters, who remain as a major force in the parish. It was still growing in 1927 when the present church was built.

“We have a lot of rich traditions here,” said Father William Donovan, who is into his third year at St. Agnes. Education is certainly part of it. The parish school has 339 students and PREP has about 650. 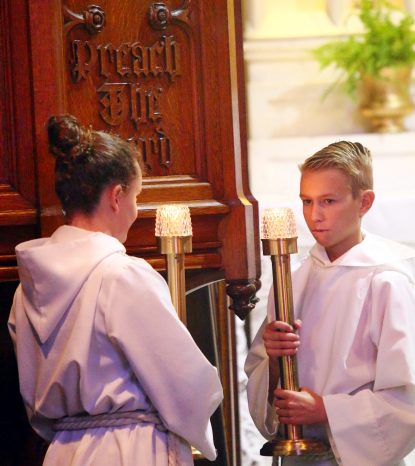 “It was 400 just five years ago” he said of the religious education program. “We have about 1,000 children on campus every week, and there are 300 children in CYO sports.”

Baptisms, consistently more than 100 a year, well outnumber funerals according to October Counts for the past decade, and at this time there are more than 100 couples signed up for marriage in the next year and a half.

Mass attendance, as almost everywhere, has dropped somewhat over the last decade but the 2017 October Count showed a very respectable 1,780 weekly Mass attendees spread out over six Masses utilizing both church and chapel. At Christmas this expands to 10 Masses with some in the gymnasium.

Also of increasing importance at St. Agnes is its growing Hispanic apostolate. At this point Hispanics make up 14 percent of the parish and the number is growing. It is the eighth largest Hispanic ministry in the archdiocese, according to Father Donovan, who was part of the archdiocesan delegation that attended the national gathering for Hispanic ministry, Encuentro V, in Texas in late September.

Perhaps the most unique feature of St. Agnes is its strong social outreach programs. The centerpiece is St. Agnes’ Day Room founded 25 years ago and named for social justice pioneer Dorothy Day. Through the Day Room, 12,000 free breakfasts are served annually as well as 18,000 free lunches. And about 20 nurses volunteer their services assisting 800 patients who are either uninsured or under-insured.

St. Agnes is uniquely able to provide such services because it is a large parish with a population ranging from poor immigrants all the way up to the affluent.

As a vibrant parish, St. Agnes has more than 60 clubs and organizations, according to Father Donovan.

“We work closely with the parish,” said Mark Luchetti, a past grand knight of the K of C Council as well as a member of the parish choir and usher as needed. Most members of Council 1333 are parishioners and they are active with the school especially as coaches and mentors, he explained.

For Luchetti, A 20-year member of St. Agnes, the quality that impresses him the most is the way the entire parish gets together for whatever is needed, and “Father Bill is great,” he said of his pastor.

Ann Giunta has been a member of St. Agnes since 1950 and she and her husband Leonard raised seven children there — Andrew, Ellen, Mary, Jennifer, Susan, Matthew and Edsel. For a time she was a substitute teacher at the school, and she remains active with the parish pastoral council and the school council.

She can’t stress enough the role that the Sisters, Servants of the Immaculate Heart of Mary have played at St. Agnes. “They are the heart and soul of our school and our parish,” Giunta said.

“Our Dorothy Day Room is excellent and we have wonderful young families and wonderful Hispanics. It makes for great interaction.” 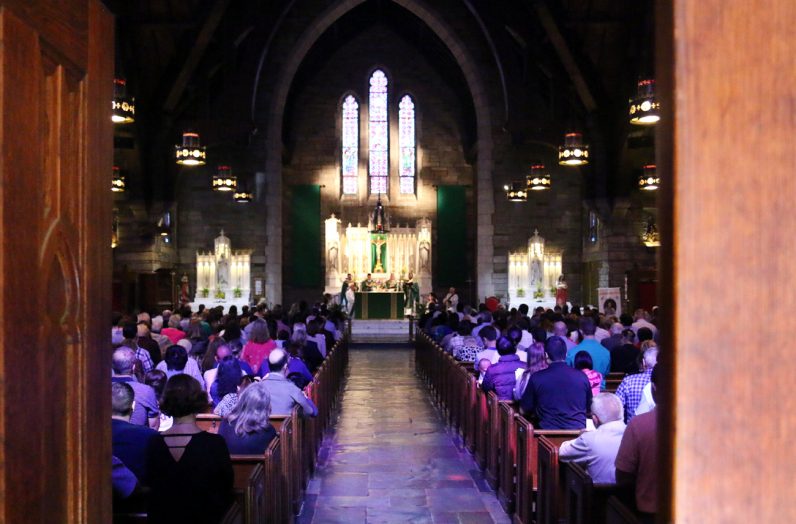 The open doors of St. Agnes Church welcome all to worship God. (Photo by Sarah Webb)

NEXT: ‘Prophetic voice’ of Humane Vitae studied at weekend events