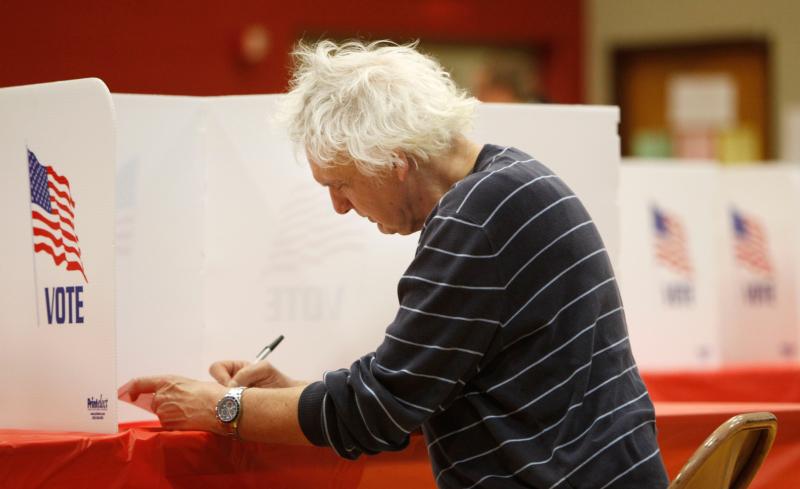 WASHINGTON (CNS) — Catholics are far from the only religion in the public-policy arena. One such Christian counterpart is the National Association of Evangelicals, which has published “For the Health of the Nation: An Evangelical Call to Civic Responsibility” since 2004 and issued a revised version this year.

The NAE’s booklet dovetails in many ways with the U.S. Conference of Catholic Bishops’ own “Forming Consciences for Faithful Citizenship.”

Since 1976, the Catholic bishops have issued a quadrennial statement to guide Catholics “in the exercise of their rights and duties as participants in our democracy.” For years titled simply “Political Responsibility,” the document published in 1999 was titled “Faithful Citizenship: Civic Responsibility for a New Millennium.”

The latest revision of the current document was done in 2015, and it was issued ahead of the 2016 presidential elections.

The issues, though, don’t go away just because presidential candidates are not on the ballot. In fact, this year’s midterm elections promise to deliver turnout numbers rivaling midterm voter interest in at least a generation.

“Faithful Citizenship” and “For the Health of the Nation” are both meant to provide a moral framework voters can use to analyze the issues.

One considerable difference between the two documents: “Faithful Citizenship” contains footnotes and multiple references to church teaching, papal encyclicals and previous statements by the U.S. bishops. “For the Health of the Nation” uses only Scripture passages to buttress its stands on the issues it includes.

Here is an issue-by-issue look of select passages in the USCCB and NAE documents.

— Abortion — USCCB: “Abortion, the deliberate killing of a human being before birth, is never morally acceptable and must always be opposed. Cloning and destruction of human embryos for research or even for potential cures are always wrong.” NAE: “Any serious attempt to reduce the number of abortions must therefore come to terms with unplanned pregnancy, the pandemic of extramarital sex and the complex issues surrounding contraception and other family planning methods. The church is understandably reluctant to recommend contraception for unmarried sexual partners, given that it cannot condone extramarital sex. However, it is even more tragic when unmarried individuals compound one sin by then destroying the previous gift of life.”

— Capital punishment — USCCB: “Our nation’s continued reliance on the death penalty cannot be justified. Because we have other ways to protect society that are more respectful of human life, the USCCB supports efforts to end the use of the death penalty and in the meantime to restrain its use through broader use of DNA evidence, access to effective counsel, and efforts to address unfairness and injustice related to application of the death penalty.” NAE: No mention.

— Conduct during war — USCCB: “Genocide, torture, and the direct and intentional targeting of noncombatants in war or terrorist attacks are always wrong.” NAE: “Governments should at a minimum restrain violence by applying classical just war principles, which are designed to clarify the limited conditions under which military action is justifiable, and establish standards of right conduct in fighting a war. These principles apply to military decision-making, and congressional deliberation on the declaration of war or authorizing use of force, and to the critical evaluation of past military actions.”

— Economy — USCCB: “Social and economic policies should foster the creation of jobs for all who can work with decent working conditions and just wages. Barriers to equal pay and employment for women and those facing unjust discrimination must be overcome.” NAE: “Economic justice includes the mitigation of suffering, the promotion of equality of opportunity and the restoration of wholeness.”

— Environment — USCCB: “Effective initiatives are required for energy conservation and the development of alternate, renewable, and clean-energy resources. Our Conference offers a distinctive call to seriously address global climate change, focusing on the virtue of prudence, pursuit of the common good, and the impact on the poor, particularly on vulnerable workers and the poorest nations.” NAE: “We urge governments to support energy efficiency standards, decrease our carbon footprint, reduce pollution, provide safe drinking water, encourage sustainable use of natural resources, and ensure proper care of wildlife and their natural habitats. Both government and the private sector should also increase investment in adaptation to the effects of climate change, particularly as it impacts the most vulnerable people in our country and around the world.”

— Immigration — USCCB: “Comprehensive reform is urgently necessary to fix a broken immigration system and should include a broad and fair legalization program with a path to citizenship; a work program with worker protections and just wages; family reunification policies; access to legal protections, which include due process procedures; refuge for those fleeing persecution and violence; and policies to address the root causes of migration.” NAE: “Immigration policies should prioritize family unity and avoid separating families by deportation or detention.”

— Labor — USCCB: “Catholic social teaching supports the right of workers to choose whether to organize, join a union, and bargain collectively, and to exercise these rights without reprisal.” NAE: “Labor, housing, health care, tax, immigration and education policies concern not only individuals but can significantly affect families. We commit ourselves to work for laws that protect and foster family life.”

— Marriage — USCCB: “Marriage must be defined, recognized, and protected as a lifelong exclusive commitment between a man and a woman, and as the source of the next generation and the protective haven for children.” NAE: “Marriage as a lifetime covenantal relationship between one man and one woman is a normative biblical symbol of God’s relationship with his people.”

— Media — USCCB: “Regulation should limit concentration of media control, resist management that is primarily focused on profit, and encourage a variety of program sources, including religious programming.” NAE: No mention.

— Refugees — USCCB: “We support policies and actions that protect refugees of war and violence, at home and abroad, and all people suffering religious persecution throughout the world, many of whom are our fellow Christians.” NAE: “We call on governments to offer resettlement opportunities to refugees who are unable to return to their homes, with a particular priority on the most vulnerable and family reunification.”

— Religious freedom — USCCB: “US policy should promote religious liberty vigorously, both at home and abroad: our first and most cherished freedom is rooted in the very dignity of the human person, a fundamental human right that knows no geographical boundaries.” NAE: “We affirm the principles of religious freedom and liberty of conscience, which are both historically and logically as the foundation of the American experiment. … Evangelical concern for religious freedom does not stop at our nation’s borders. Religious persecution is closely linked with the violation of other human rights, and often leads to civil unrest and violent conflict.”

NEXT: Smith dinner’s tone lighthearted, but abuse crisis not ignored in remarks