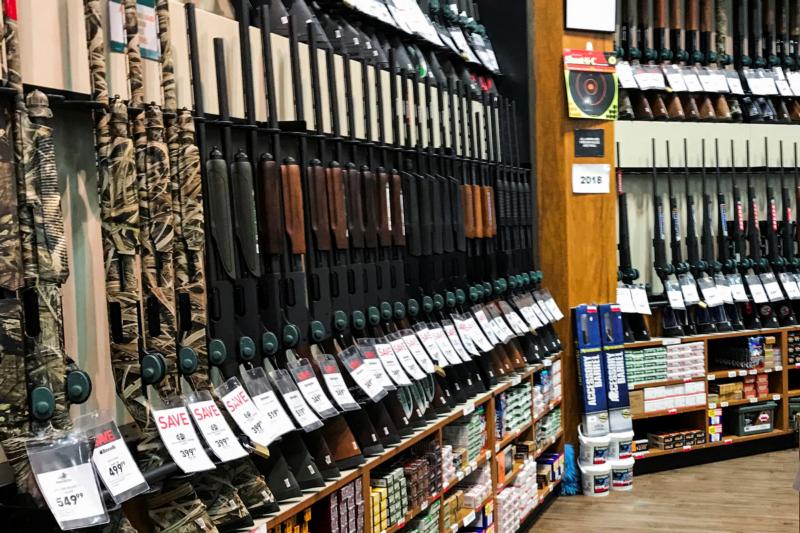 Rifles are seen inside the gun section of a sporting goods store. The Catholic bishops of Washington state endorsed a ballot initiative that would boost gun safety measures and restrict the purchase and ownership of firearms. (CNS photo/Eduardo Munoz, Reuters)

SEATTLE (CNS) — The Catholic bishops of Washington state endorsed a ballot initiative that would boost gun safety measures and restrict the purchase and ownership of firearms.

The support came in an Oct. 18 statement in which the bishops said they felt their endorsement “will help ensure a higher level of public safety while balancing constitutional rights around gun ownership.”

Citing numerous incidents of mass shootings in recent years nationwide and in Washington, the bishops said their stance is rooted in Catholic social teaching on the sacredness of human life from conception to natural death, which “demands that the Catholic Church engage in solutions to help prevent these horrific occurrences.”

Called the Changes to Gun Ownership and Purchase Requirements Measure and known as Initiative 1639, the ballot issue has gained widespread support throughout Washington much to the dismay of gun rights advocates.

The bishops acknowledged the importance of gun ownership as an individual liberty. They also noted that the U.S. Catholic Church has long supported safeguards to the sale and use of firearms such as a ban on assault weapons, setting an appropriate minimum age for gun ownership and requiring reasonable safety measures.

“Endorsing such common sense practices flows from our moral responsibility to protect human life at all stages,” the bishops said.

“Catholic teaching emphasizes that it is the moral duty of all people to take steps to defend human life and, as pastoral leaders, we have a particular responsibility to participate in efforts that will reduce violence,” the statement said.

The bishops also offered their support for “a serious commitment” to address the causes of gun-related violence including alcohol and drug addiction, mental illness, poverty and graphic violence in entertainment and video games.

NEXT: Catholics have divine imperative to stand with all migrants, says priest