African church warns against illusions of ‘gospel of prosperity’ 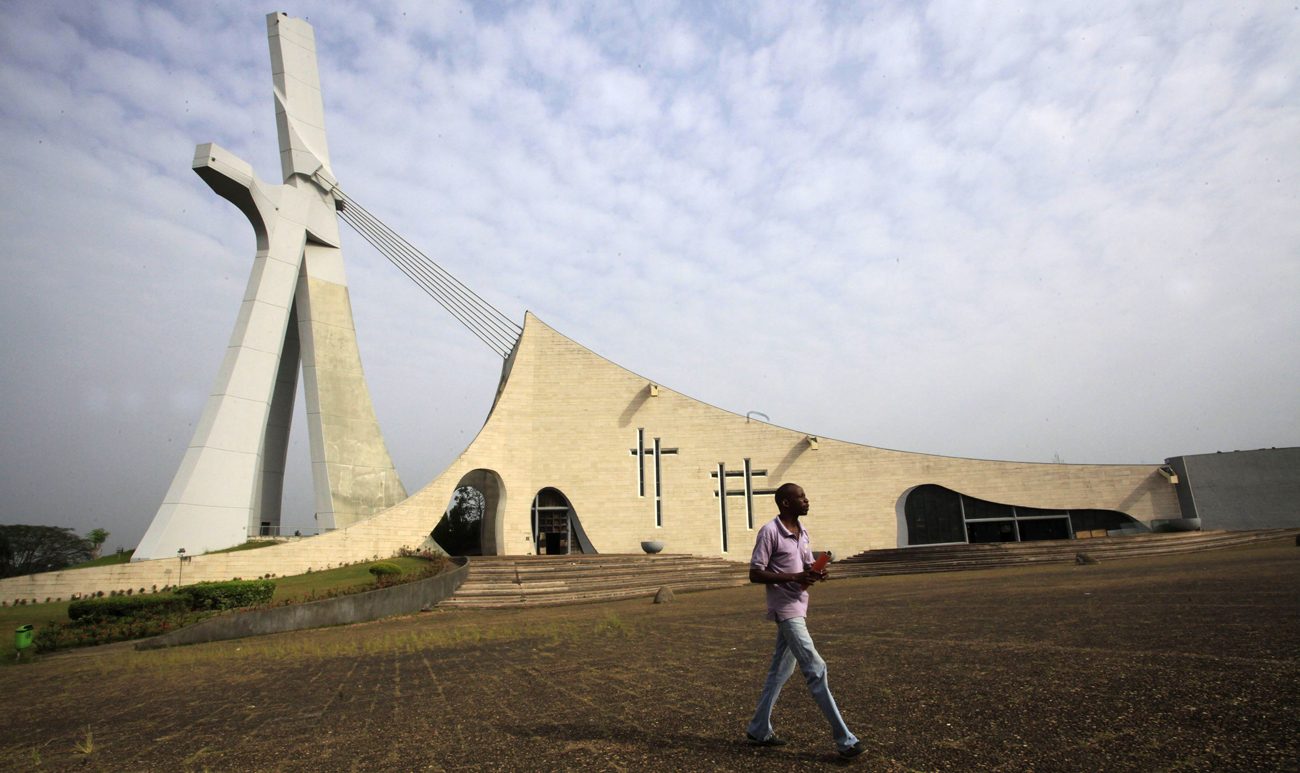 A man walks outside the Cathedral of St. Paul in 2013 in Abidjan, Ivory Coast. African church leaders cautioned churchgoers against a false "gospel of prosperity" after a bishop in Ivory Coast said it was gaining ground in Catholic parishes. (CNS photo/Thierry Gouegnon, Reuters)

OXFORD, England (CNS) — African church leaders cautioned churchgoers against a false “gospel of prosperity” after a bishop in Ivory Coast said it was gaining ground in Catholic parishes.

“People seeking quick solutions are being hypnotized into believing a single prayer can become a magic formula for riches and the good life,” said Father Paul Sandi, secretary-general of the Inter-territorial Catholic Bishops’ Conference of Gambia and Sierra Leone.

“Although it isn’t rampant yet in the Catholic Church, we’ve had to caution charismatic priests not to encourage the prosperity gospel, especially when it’s brought in by outsiders,” he told Catholic News Service Oct. 29.

The priest’s concerns echoed a warning from Bishop Ignace Bessi Dogbo of Katiola, Ivory Coast, president of the Ivorian bishops’ conference, who has urged theologians to defend the church against “drifts and deviations” in teaching.

Father Sandi said each Catholic diocese had its own pastoral plan for tackling prosperity gospel notions, which are being driven by widespread poverty.

“The Catholic Church will never endorse such ideas, which deceive people into thinking that, by some so-called miracle, manna will fall from heaven,” he told CNS Oct. 26.

“You have to work to achieve something, and the church would rather empower people through education and vocational training,” Msgr. Anondee said.

Associated with several U.S. televangelists, the prosperity gospel suggests God rewards financial donations to a church with material benefits and physical well-being. The concept has gained influence since the 1980s among Pentecostal and charismatic movements in Africa, Asia and Latin America.

It draws on biblical texts to highlight God’s will that people should be happy and prosperous. It sees sickness and misery as curses alleviated by a devout faith and selfless giving.

In an address Sept. 12 to Catholic theologians in Yamoussoukro, Ivory Coast, Bishop Dogbo said he was concerned prosperity gospel concepts were finding their way into the Catholic Church as gullible parishioners erred in seeking material salvation.

He added that “drifts and deviations” were “ravaging churches” in West Africa, as “charlatan priests” abused their training in theology and canon law to promote false teachings.

“It’s not uncommon now to see adverts for evangelization campaigns at which miracles are promised and prosperity offered with waves of a magic wand,” Bishop Dogbo said.

“It isn’t excessive to describe these things as heresies, and they’re menacing the Catholic identity as self-styled Christian communities spring up on street corners and deny the centrality of the cross,” he said.

Msgr. Donatien Lolo, assistant secretary general of the Ivorian bishops’ conference, said the church feared the gospel of prosperity was being “preached more and more in place of the Gospel of Jesus Christ.” He said efforts would be made through parish vigils, Bible study and prayer groups to persuade Catholics to “deepen true understanding of the church and Scripture.”

“The evangelizers of prosperity have gained a foothold here because of the crises affecting our countries and the search for an escape from poverty and instability,” he told CNS.

“We now need to help Christians reorient themselves against these popular misconceptions and misplaced expectations. You can look to the gospels to solve many problems, but not as a means of material gain,” he explained.

Governments in Kenya and South Africa have expressed concern about popular prosperity gospel preachers, some of whom are listed by Forbes Magazine among Africa’s richest residents and who control massive media empires.

In a controversial July decree, the government of Rwanda closed hundreds of Pentecostal prayer houses and about a third of all Catholic churches to counter “troubling behavior by unscrupulous individuals masquerading as religious leaders.”

“People are having their lives damaged by being told there’s some mysterious power they can rely on in their desperate struggle to survive and live well,” the priest said.

“When everything is explained in a religious context, it’s easy to exploit this and make money.”

In July, Ivory Coast’s bishops opened a hotline against “swindlers and impostors,” and advised vigilance against “badly intentioned individuals” who had solicited financial donations while claiming to be Catholic clergy.

Writing Aug. 31 in the Rome-based Jesuit journal, La Civilita Cattolica, theologians Antonio Spadaro and Marcelo Figueroa said Pope Francis had warned in several speeches and homilies against “prosperity theology,” whose adherents generally lacked “compassion for the poor” and viewed their plight as signaling they were “not loved by God.”