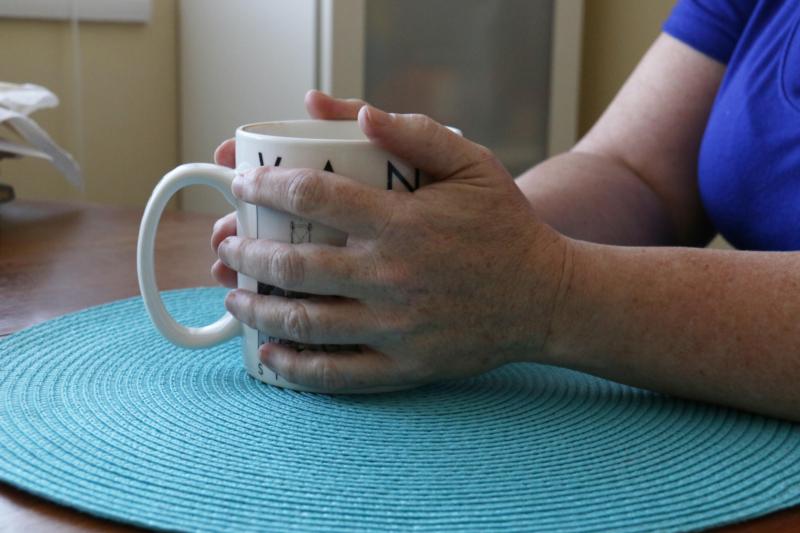 A Catholic abuse survivor said domestic abuse is more prevalent than most realize and that many victims have struggled to find help from medical professionals, the court system and the Catholic Church. October is observed as Domestic Abuse Awareness Month in North America. (CNS photo/Agnieszka Ruck, Canadian Catholic News)

VANCOUVER, B.C. (CNS) — Nothing could have prepared Adelaide for the nightmare that was 18 years of her life.

She had married that many years ago, having checked off the stereotypical “Catholic” boxes: She saved sex for marriage, was wed to a Catholic man and was open to having as many children as God gave them.

However, just weeks after her wedding, things took an unexpected turn: Her husband was becoming manipulative. It wasn’t through drunken tirades or threats of violence but through alternating periods of silent treatment and rage.

Like most domestic abuse victims, Adelaide, who asked that her real name not be used, didn’t realize how harmful her husband’s actions were at first.

“It is like boiling a frog. The stories I could tell you about what it was like you would say, ‘That’s insane. You know that’s nuts, right?’ This many years, looking backward, yes, I do. But when you’re in the middle of it, no,” she said of the abuse she faced.

“I was newly married, I was pregnant already and Catholic. I went into this fully expecting this grand sacrament to be a grace and a blessing … and I thought: ‘Well, if that bothers him, I won’t do it anymore,'” she said.

“What you begin to realize after a very long time is it isn’t about the deed. It’s about the control.”

Adelaide is not alone. In 2016, more than 93,000 people – 79 percent of them women — reported domestic abuse to police, according to Statistics Canada.

Though every domestic abuse victim has a different, harrowing story, their accounts have similar threads of manipulation and control.

“The stress of being in an abusive relationship is crazy. You’re always on high alert, in fight-or-flight mode, because you never know when the next attack is coming,” Laura, not her real name, told The B.C. Catholic, newspaper of the Archdiocese of Vancouver.

Laura’s husband of six years was verbally and financially abusive, yelling inches from her face, overspending while blaming her for gaps in family finances and keeping secret email accounts and relationships with other women.

Once divorce proceedings began, she realized how her sense of self-worth had been systematically dismembered.

“It’s hard to leave because you’ve been so demolished by the ongoing power and control and you don’t know what life looks like outside of that anymore,” she said.

“It was a lot easier to get married than to get out of the marriage.”

Adelaide and Laura felt medical professionals, the court system and even the Catholic Church largely failed them.

“Even Catholic women get told: ‘You just need to have more sex. You need to make him better dinners. You need to be dressed up when he comes home from work.’ That’s advice from the 1950s,” Laura said.

After discovering photos of another woman on her husband’s phone, Laura went to her parish to seek solace in the confessional. When she admitted she didn’t know how to confront her husband, the priest replied: “Are you sure you want to blow up your marriage?”

That was the last time Laura sought help from the church. Instead, she turned to online groups where she could get advice and remain anonymous.

Adelaide found that priests she encountered seemed to lack understanding. While working part-time jobs and getting four hours of sleep at night, she asked for financial assistance to care for her five children. One pastor said he couldn’t help because he didn’t want to appear to support divorce; another said he had to check the story with her husband.

She eventually found a priest who listened with compassion. He helped pay for her children’s school tuition and affirmed her for providing for them and raising them as faithful young Catholics.

Not every abuse victim has a poor encounter with the church, however. Agnes Drewniak, operations manager at Domestic Abuse Services — Our Lady of Good Counsel Society in Surrey, British Columbia, said in the four years she has served abuse victims, she has noticed more people seem to be aware of the issue.

“It used to be that priests would say, ‘Don’t get divorced. The kids will suffer.’ Now I am hearing from a client who left not long ago that she confided to a priest. He said, ‘This is not a good situation for you to be in. You have to look for help. It’s not OK for him to treat you this way.'”

October is observed across North America as Domestic Abuse Awareness Month and Drewniak hopes that speaking about the issue can help abuse victims feel supported and less judged.

“It happens everywhere, and unfortunately also in Catholic families,” she said. “If you suspect that someone might be abused, let them know you are ready to talk to them. Offer them help. Let them know you are there and they won’t be judged if they disclose something.”

While awareness, support groups and housing exist for female victims of domestic abuse, it’s remarkably difficult for male victims to get help.

“There not only isn’t any knowledge of it, but the knowledge that exists is backward and really harmful,” said Louis, who also asked that his name be changed.

Louis faced 30 years of yelling, insults and beatings from his wife. But he said the physical violence was nothing compared to the ridicule he received.

Louis found no support from friends, family or the church. Only a psychiatrist believed Louis’ abuse accounts and offered help. Louis also discovered two films – including “The Browning Version” — that touched on domestic abuse toward men and helped him realize he was not alone.

Despite the lack of support from the church, Adelaide, Laura and Louis have not abandoned their Catholic faith.

“Back then, I was destroyed. Now I’m shaken, but I know Jesus is real,” Laura said.

“I’m still concerned for my daughter, for her safety. I hope the legal system will step in when I need it to, and I know God is taking care of her and her angels are surrounding her. I’m sure my angel is also with her, making sure she’s OK. That’s the most I can do, and in the meantime, help her develop boundaries and show that we can live in truth in our house.”

NEXT: Bishops, young people walk to St. Peter’s on pilgrimage of faith