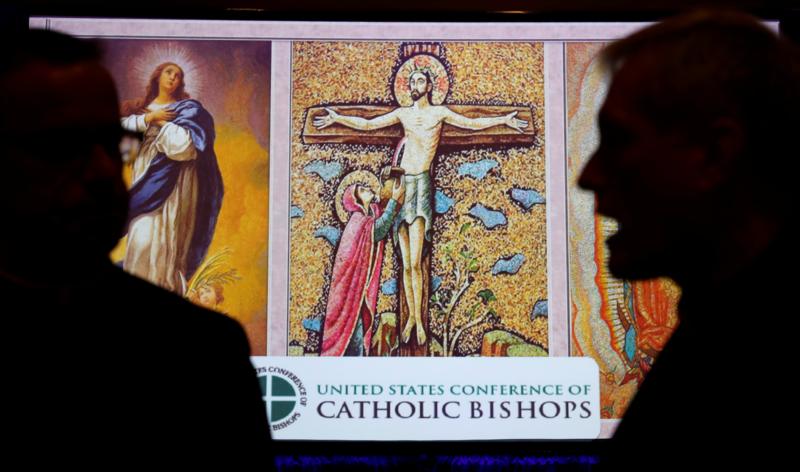 BALTIMORE (CNS) — Bishop Gregory L. Parkes of St. Petersburg, Florida, will be the next treasurer of the U.S. Conference of Catholic Bishops, taking office next November.

Bishops voted 157-87 for Bishop Parkes as treasurer-elect Nov. 14 during their fall general assembly.

Votes also were cast for a new chairman of the Committee on National Collections and chairmen-elect for the committees on Catholic Education; Clergy, Consecrated Life and Vocations; Divine Worship; Domestic Justice and Human Development; Laity, Marriage, Family Life and Youth; and Migration.

Archbishop Paul D. Etienne of the Anchorage, Alaska, was elected to chair the Committee on National Collections. He outpolled Bishop Thomas A. Daly of Spokane, Washington, 137-111. Archbishop Etienne will replace Bishop Joseph R. Cistone, 69, of Saginaw, Michigan, who died Oct. 16; he was voted in as chairman-elect at the November 2017 assembly and was to have taken office at the end of this year’s assembly.

In February, Bishop Cistone announced that he had begun treatment for lung cancer. The bishop was optimistic about what was to be a six-month treatment. He had experienced a persistent cough and labored breathing since September 2017, and he sought tests that diagnosed the cancer.

Bishop Parkes will succeed Cincinnati Archbishop Dennis M. Schnurr, who is starting his third and final year of his three-year term. The St. Petersburg prelate will serve one year as treasurer-elect and then start a three-year term in office at the conclusion of the 2019 fall general assembly.

Bishops also voted for chairmen-elect of five committees. Those elected will serve for one year before beginning three-year terms at the conclusion of the bishops’ 2019 fall general assembly.

— Committee on Laity, Marriage, Family Life and Youth: Archbishop Salvatore J. Cordileone of San Francisco over Bishop John F. Doerfler of Marquette, Michigan. The vote finished in a tie at 125 votes each, but Archbishop Cordileone became the chairman because he has been a bishop longer.

The bishops also re-elected one member and elected two new members to the Catholic Relief Services board of directors. Bishop James V. Johnston Jr. of Kansas City-St. Joseph, Missouri, was re-elected. New members are Archbishop Timothy P. Broglio of the U.S. Archdiocese of the Military Services USA and Bishop Oscar A. Solis of Salt Lake City.

NEXT: Bishops offer perspectives on next steps forward in addressing abuse