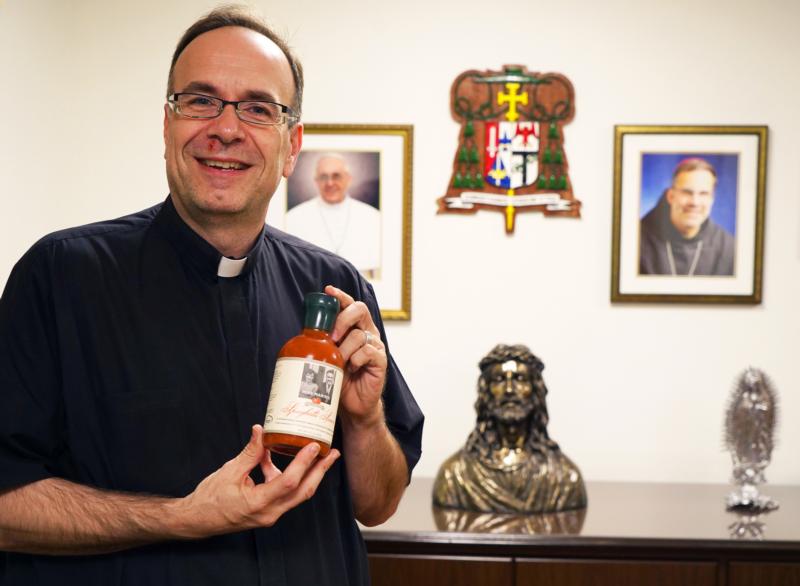 Father Jim Sichko poses with a bottle of Miss Marie’s Spaghetti Sauce Oct. 26 at the offices of the Diocese of Lexington, Ky. Father Jim used his mother’s tomato sauce recipe to create the product and is donating part of the proceeds of sauce sales to the Lexington Diocese and Southeast Texas Hospice. (CNS photo/Katie Rutter)

LEXINGTON, Ky. (CNS) — When Father Jim Sichko recalls Tuesdays during his childhood in Orange, Texas, he can almost smell the aroma of his mother’s homemade tomato sauce wafting through their home.

Marie Ceraso Sichko was a native of Italy who would make fresh sauce, bake delicious dishes and lay out her finest china for her weekly lunch guests each Tuesday.

“Through the front door would come stinky, smelly, garbage sanitation workers,” said Father Sichko, who currently serves in the Diocese of Lexington.

“They would come in and they would dine,” he told Catholic News Service in an interview. “She would serve them.”

Marie Sichko’s simple act of charity for the local sanitation workers has rippled out to touch thousands. Father Sichko decided to bottle her secret sauce recipe and, after his mother died unexpectedly last year, chose to donate the proceeds from sauce sales as a tribute to her memory.

Now, just two months after Father Sichko unveiled “Miss Marie’s Spaghetti Sauce,” the bottles can be found on the shelves of more than a dozen Kentucky retailers, are used at high-end Lexington restaurants and have been shipped across the country through Father Sichko’s website, www.frjims.com.

The Kentucky priest estimates that between 5,000 and 6,000 of the 15-ounce bottles have been purchased in addition to many more gallon-sized containers bought by restaurants.

“All of our gifts can be used for the greater glory of God and just as my mother fed others, even in her death and rising to new life, she continues to feed people that don’t even know her,” Father Sichko said. 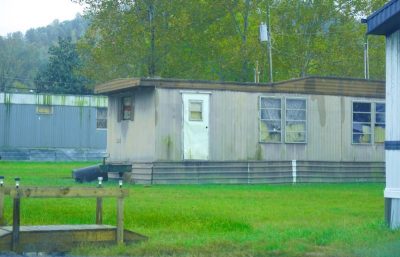 A trailer home in Stanton, Ky., at the base of the Appalachian Mountains, shows signs of neglect and disrepair Oct. 26. Father Jim Sichko of the Diocese of Lexington hopes to help impoverished Appalachian communities through the sale of his new product, Miss Marie’s Spaghetti Sauce. (CNS photo/Katie Rutter)

The tomato sauce is bottled by a food supplier in Louisville using all-natural, Kentucky-produced ingredients.

Father Sichko invests part of the profit back into the manufacturing process. The rest of the proceeds, however, he splits between the Southeast Texas Hospice, which cared for his mother at the end of her life, and his home Diocese of Lexington.

“To think that he would take part of those proceeds and bless the diocese,” said Debbie Swisher, the finance officer for the Lexington Diocese, “it’s just tremendous.”

Lexington is designated a “mission diocese” because many of its parishes cannot support themselves. Only about 3 percent of the population is Catholic; most of the diocese’s territory is comprised of the Appalachian area, known to be one of the poorest parts of the country.

According to the U.S. Census Bureau, several of the counties in this eastern half of the Bluegrass State have a poverty rate of about 40 percent.

“People come to our doors all the time needing assistance with pharmacy, needing food, needing basic needs for themselves and for their families,” Swisher told CNS.

Proceeds from sauce sales will bolster the diocese’s annual appeal, which helps to fund Catholic Charities’ outreaches as well as other ministries such as Catholic schools, young adult ministry, seminarian education and sustaining retired priests.

With every order shipped from his website, Father Sichko includes literature about the Diocese of Lexington and Southeast Texas Hospice. He also includes a photo of Miss Marie herself with a recipe of one of her favorite dishes.

Father Sichko calls his sauce shipments a unique method of evangelization. He himself is a full-time evangelist, appointed by Pope Francis in 2016 as a “missionary of mercy.” He still travels the United States for speaking engagements and regularly makes headlines for performing random acts of kindness, such as giving $6,000 to the employees of a coffee shop.

“Sadly, we live in a very angry, a very negative society right now,” explained Father Sichko, “and I believe that people are looking for ways of kindness and goodness and a sense of returning to basic principles and values of giving, of being kind, of loving our neighbor.”

The story of the sauce has inspired at least one local chef to pay it forward. Jeremy Ashby decided to incorporate Miss Marie’s into the menu of his two Lexington restaurants, Brasabana and AZUR Restaurant and Patio.

For each children’s spaghetti dish sold at either restaurant, Ashby gives most of the proceeds to a local organization called Fayette Eating Education & Delivery, or FEED, which provides weekend meals to youngsters in need.

“Some kids are afraid to go home for the weekend because they’re gonna be hungry until Monday,” Ashby explained of FEED, “so they pack backpacks and give them to the kids, so they have something to eat for the weekend.” 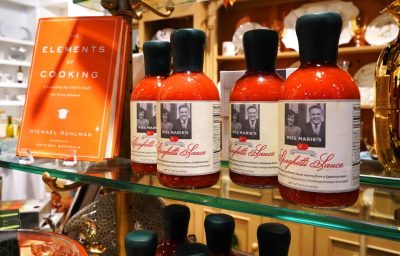 Miss Marie’s Spaghetti Sauce is displayed at the high-end retailer L.V. Harkness & Co. in Lexington, Ky., Oct. 22. The sauce was created by Father Jim Sichko of the Diocese of Lexington to honor his late mother and he donates part of the proceeds from sauce sales to the diocese and to Southeast Texas Hospice. (CNS photo/Katie Rutter)

For adults, Ashby uses Miss Marie’s in a dish with spaghetti, bacon and caramelized onions.

“(The sauce) just kind of exudes that home-cooked, simple feeling that brings you back to grandma’s table,” he said.

Father Sichko’s supplier just bottled 4,200 more jars of Miss Marie’s Spaghetti Sauce. The priest envisions that, through her recipe, his mother’s generosity will continue to spread far into the future.

PREVIOUS: ‘Keep us in mind,’ says DACA recipient in urging people to vote