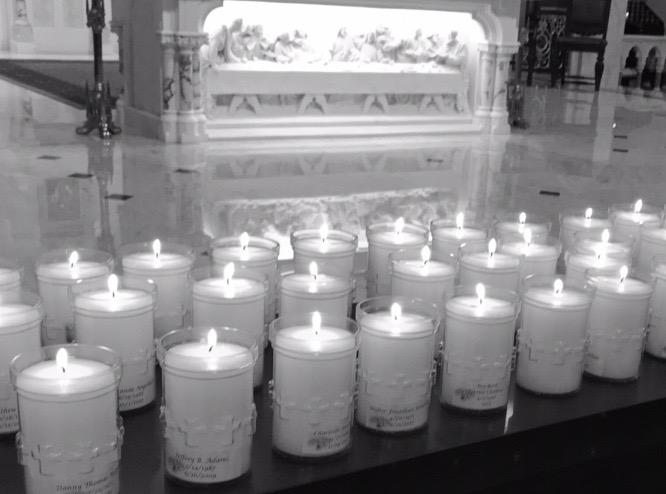 Losing a child is widely considered to be one of the most difficult forms of grief to process. For many if not most bereaved parents, coming to terms with such loss is a lifelong process.

For several years, St. Teresa of Calcutta Parish in Limerick has ministered to those mourning the death of a child with an annual Mass for parents of deceased children.

On Nov. 14, approximately 150 participants gathered for the liturgy, which offered an opportunity to share the experience of grief at the death of a child. Some in attendance mourned miscarriages; others had lost adult children to overdoses.

“The Mass is probably the most powerful liturgy that we celebrate as a parish family throughout the year,” said Father Paul Brandt, pastor.

Father Brandt also noted that over time the number of attendees has increased, along with the number of volunteers who serve as both liturgical and hospitality ministers.

Following the Mass, participants gathered for a light reception that allowed families to interact and express support for one another.

“Though the circumstances vary, the reality of grief bonds this community together,” said Father Brandt.