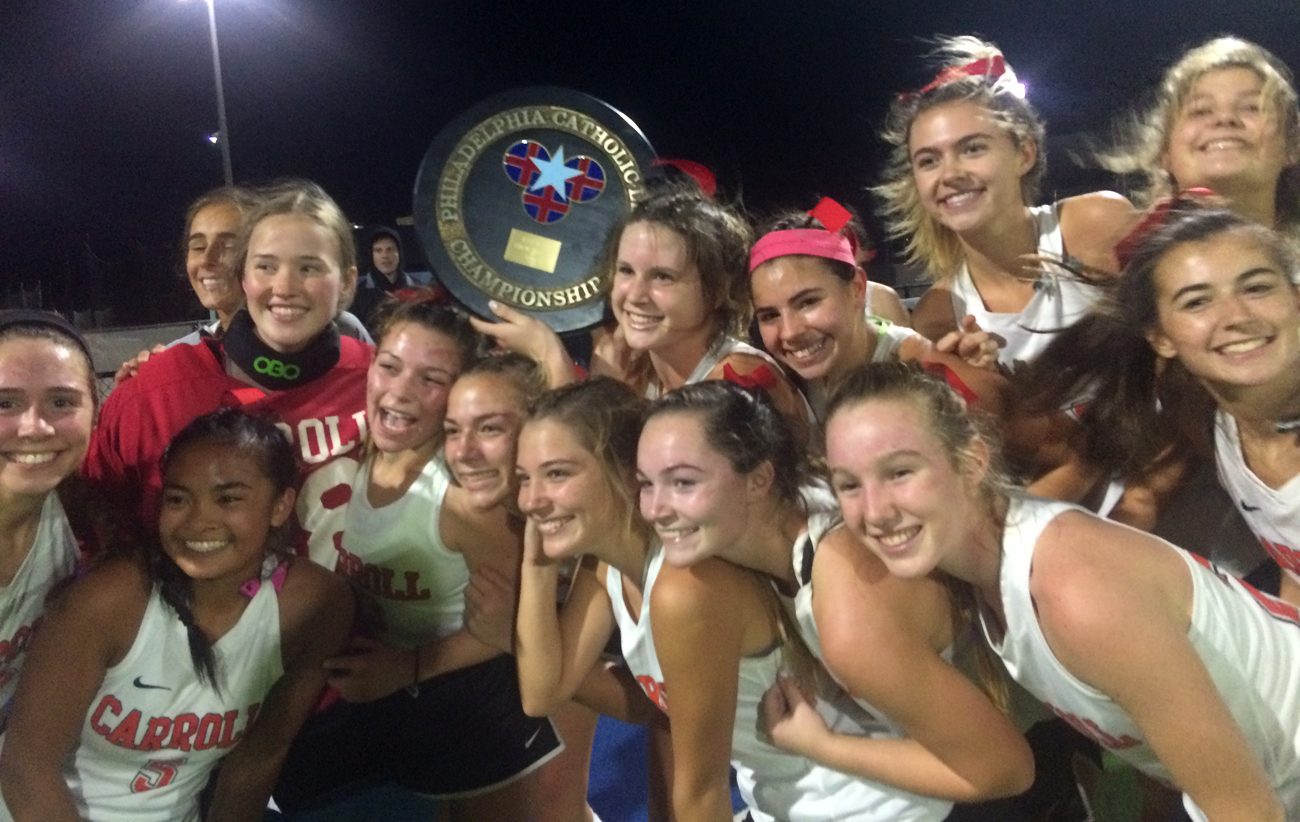 Carroll missed the championship for the past four years, including a heart-wrenching 2-1 overtime loss to Bonner-Prendergast in last year’s PCL championship game.

“We wanted it bad,” said senior forward Katie Labella who tallied the first goal of the evening. “We worked together.”

With the win Carroll improved its record to 16-4 on the season and stayed undefeated in the Catholic League at 11-0.

“They were relentless,” said Archbishop Carroll head coach Christina Elisio. “They never gave up. They kept their head in the game.”

The game remained scoreless for most of the opening half until Labella found the net with 3:41 to play in the period. That first goal set the tone for the second half.

“We wanted to be first to score,” said Labella. “That was an advantage. We had something to work with.”

Junior forward Megan Curry registered a goal of her own just minutes into the second half. As it turned out, that was all that it took. O’Hara used a time out with 13:56 in regulation while attempting to avoid being shut out but the Lions simply could not get on the scoreboard before the clock expired. Following the buzzer, Carroll was presented with the 2018 Catholic League trophy.

“It just feels really good,” said Elisio. “They come to practice every day and give it their all. I’m proud of them.”

With the loss O’Hara dropped its record to a still-impressive 11-7 overall and 9-1 in the league. Junior forward Katie Shallow led the way in the Lions’ midfield as well as in their attack zone.

“I thought it was a pretty good game,” said Shallow. “We had a great season. We’re a family, we always will be.”