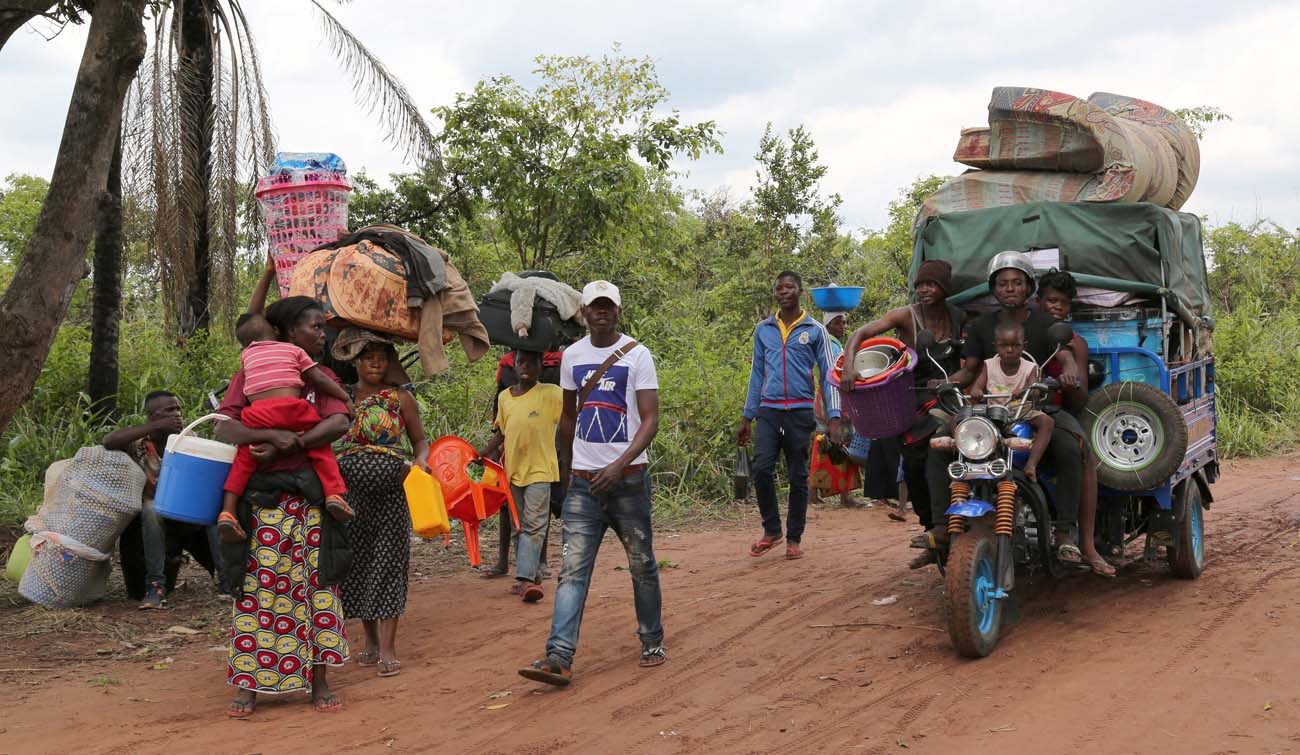 Congolese migrants deported from Angola in a crackdown on artisanal diamond mining carry their belongings Oct. 13 along a road in Tshikapa, Congo, near the border with Angola. (CNS photo/Giulia Paravicini, Reuters)

KINSHASA, Congo (CNS) — Catholic bishops urged help for half a million Congolese deported from neighboring Angola under a crackdown on informal diamond mining.

The bishops said they were alarmed by news of human rights violations by Angolan security forces and said the expulsion of “successive waves” threatened peace along the two countries’ 1,300-mile border.

“Thousands of children, women, elderly, sick and handicapped, as well as able-bodied men and women, are being roughly unloaded like vulgar goods, day after day, in areas of great insecurity” said the Kinshasa-based bishops’ conference.

“We call on the Congolese authorities to begin a direct, open dialogue with the Angolan government to ensure the return of Congolese is organized and conducted in conditions that respect their dignity and conform with the international humanitarian law both countries have signed up to as United Nations members,” said the Oct. 31 statement.

The bishops also urged Catholics to “share the little they can” with those returning.

Angolan police commissioner Lambert Mende told the British news agency Reuters that his country was entitled to “safeguard its national security and natural resources” and said most Congolese had “left of their own free will.”

In an Oct. 26 statement, the U.N. High Commissioner for Refugees confirmed the mass deportations had already brought “serious human rights violations by security forces on both sides of the border,” leaving at least 330,000 people “in an extremely precarious situation.”

The Congolese church’s charitable agency, Caritas, reported Oct. 27 that more than 500,000 deportees had arrived in several provinces. Of those, nearly 207,000 had converged on the single town of Kamako, heavily outnumbering local inhabitants.

However, she added that local resources were “completely disproportionate to the number in need,” and said Caritas Congo was working to Caritas Internationalis “to put a strategic plan in place.”

The crisis is the latest to affect the conflict-torn Congo, one of the world’s poorest countries, which faces presidential, parliamentary and regional elections Dec. 23 after an earlier planned ballot in 2016 was postponed by the government.

In its statement, the bishops’ conference said it feared the mass deportations could disturb the election preparations and called on the government to “make necessary and lasting arrangements” to discourage “illegal migratory movements.”