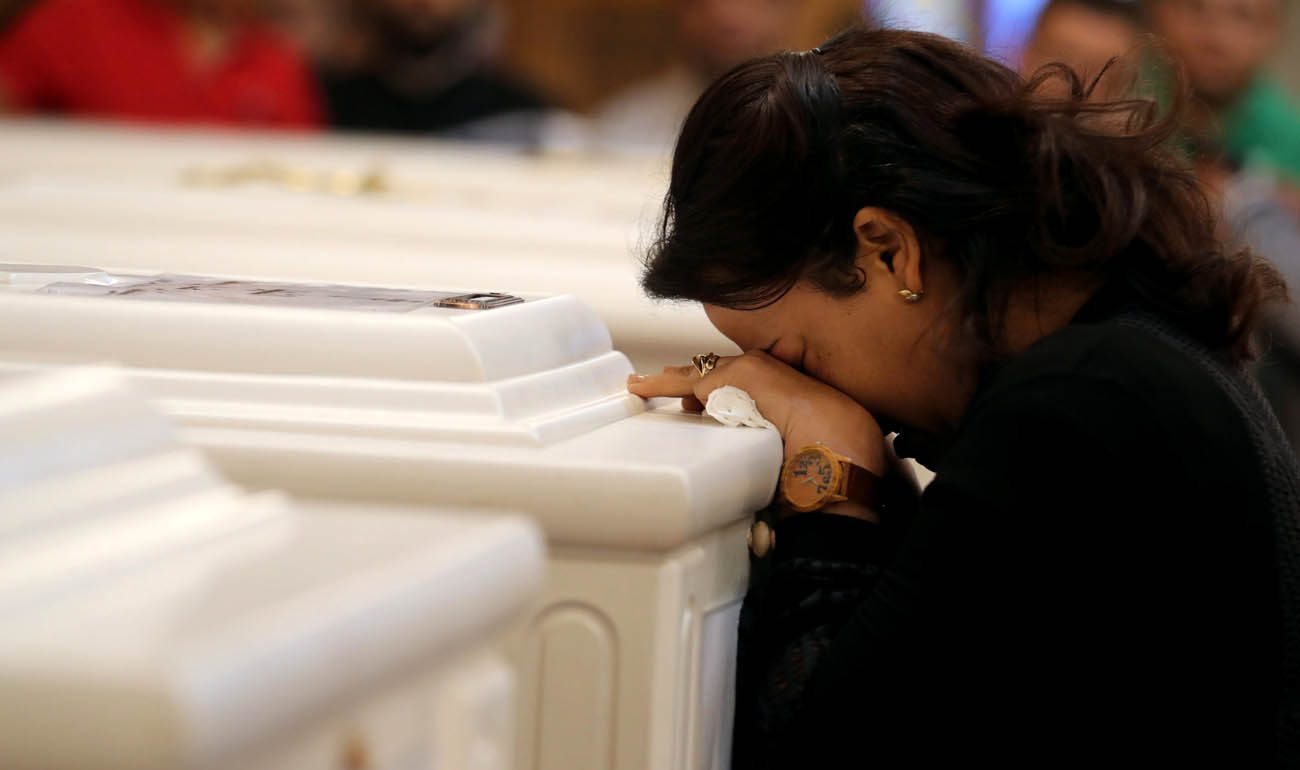 A woman mourns during a Nov. 3 funeral Mass at Prince Tadros Orthodox Church in Minya, Egypt, for a group of Christian pilgrims killed by gunmen as they headed to a monastery Nov. 2. (CNS/Mohamed Abd El Ghany, Reuters)

VATICAN CITY (CNS) — In the wake of a deadly attack against Coptic Orthodox Christians in Egypt, Pope Francis prayed for the victims, their families and the entire Christian community.

Seven Christians were killed and at least seven others — including children — were injured after armed gunmen attacked two buses near the Monastery of St. Samuel the Confessor in Minya province Nov. 2. Another attack took place in the same area in 2017, which left 28 people dead.

The Islamic State claimed responsibility for the latest attack and Egypt’s interior ministry announced Nov. 4 that in a shootout, its security forces had killed 19 militants they accused of being behind the attack.

After praying the Angelus with people gathered in St. Peter’s Square Nov. 4, the pope said he was saddened to hear about the terrorist attack against the Coptic Orthodox church.

“I pray for the victims, the pilgrims killed for the sole reason of being Christian,” he said. He asked that Mary, the Mother of God, would “console the families and the entire community,” and he led those gathered in the square in praying the Hail Mary.

PREVIOUS: Peacemaking begins at home by saying ‘no’ to rivalry, pope says at Mass