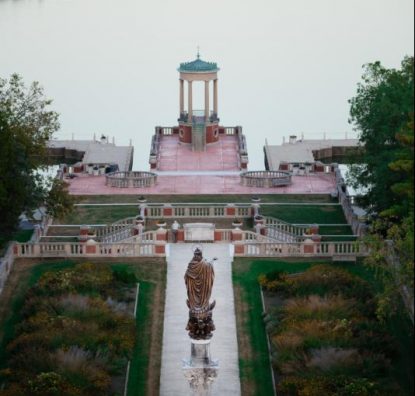 Mundelein Seminary is located at the University of St. Mary of the Lake in Illinois, near Chicago. The U.S. bishops will start 2019 with a spiritual retreat Jan. 2-8 at Mundelein to pray and reflect on the important matters facing the Catholic Church such as the abuse crisis. (CNS photo/courtesy Mundelein)

WASHINGTON (CNS) — A week of prayer and discernment on their role as church shepherds may be exactly what the U.S. bishops need when they gather in retreat Jan. 2-8 near Chicago, two Catholic University of America scholars said.

The retreat at Mundelein Seminary, suggested by Pope Francis in September, comes as the bishops work to rebuild trust among the faithful as questions continue to revolve around their handling of clergy sex abuse.

“Even more importantly, you see the mark of Pope Francis, who is a Jesuit by training for whom the work of discernment is absolutely integral and crucial to the way in which priests and bishops and laypeople are called to live out their vocation,” Timoney told Catholic News Service.

Out of deep prayer should come spiritual renewal, said Joseph E. Capizzi, professor of moral theology and ethics at the university.

“We hope that that’s what it will do, (that) it’ll deepen each bishop’s commitment to his vocation, to the good of the church that he serves as shepherd, to his own understanding of what all that involves,” Capizzi said.

Capuchin Father Raniero Cantalamessa, preacher of the papal household, will lead the retreat, offering morning and afternoon reflections on the theme “the mission of the apostles and their successors.”

The retreat is among the steps the bishops are taking in response to the abuse scandal, which emerged anew in the summer. The U.S. Conference of Catholic Bishops at its fall general assembly in November was prepared to consider proposals to strengthen oversight of bishops’ actions, but a formal vote on them was bypassed at the request of the Vatican’s Congregation for Bishops, which cited the upcoming gathering of presidents of worldwide bishops’ conference at the Vatican to discuss the church’s response to clergy sex abuse.

Timoney expressed hope that the bishops will leave the retreat with a better understanding of what God is asking of them.

“Discernment is in a sense the Christian way of exercising leadership and of discerning what it is that God is asking and responding to the will of God,” she said.

“The way they’ll come to understand that is in deeper prayer,” Timoney added. “And the beauty of them doing that as a body is really important because all of us know that sometimes prayer is the first thing we let go of when things get busy. It seems to me that if we want real reform and renewal and purification it has to begin in prayer.

“So I think this will be a very important moment for the bishops, for greater insight into that which the Lord is asking of them now.”

Capizzi said he expects that some skepticism remains among the faithful as the bishops begin their retreat. He advised that the bishops must not be perceived simply as “checking boxes” to show they are addressing deeply held concerns about their ability to lead the church.

“Like most Catholics, I’ll be praying for them when they’re there.”