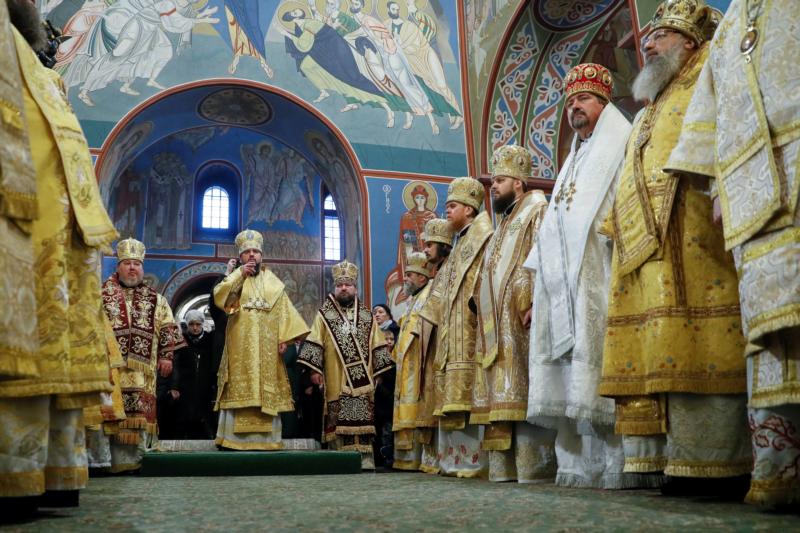 WARSAW, Poland (CNS) — The head of the Ukrainian Catholic Church welcomed the election of a leader for the country’s new independent Orthodox church.

In Kiev Dec. 15, 192 bishops from Ukraine’s three previously divided Orthodox denominations elected Metropolitan Epiphanius, 39, as metropolitan of Kiev and all Ukraine. He will receive a final decree, or tomos, establishing the new church from the Ecumenical Patriarch Bartholomew Jan. 6 in Istanbul.

Archbishop Sviatoslav Shevchuk, major archbishop of the Ukrainian Catholic Church, said “the future of our church, our people and of a free, independent Ukrainian state in Europe depends today on how we nurture unity and overcome what separates us.”

“From now on, we will travel together in history, toward unity and truth,” he said. “There are many tasks ahead, but I am pleased the newly elected primate has talked about developing theological education.”

Addressing an audience at Ukraine’s Catholic University, Archbishop Shevchuk said the new Orthodox church’s formation marked a “special historical moment for Christians of Ukraine,” adding that he wished to “extend a brotherly hand” on behalf of all Ukrainian Catholics.

“As Ukrainians look to the future, let the internal movement toward consolidation and unity never be stopped,” said Archbishop Shevchuk.

The Ukrayinska Pravda daily said police had guarded religious buildings during the election to “deter provocations,” after Ukraine’s security service claimed Dec. 13 to have prevented planned violence by supporters of the largest Orthodox denomination, which is linked to Russia’s Moscow Patriarchate.

Ukrainian President Petro Poroshenko told a large Kiev crowd that Ukrainians were now “cutting off the chains that bind us to the empire.” He called the election of the metropolitan the “last step in the millennial history of a great dream.”

Russian Orthodox leaders severed ties with Patriarch Bartholomew, who is honorary primate of the world’s 300 million Orthodox, after he issued an October decree declaring an end to the Moscow Patriarchate’s 332-year jurisdiction over Ukraine and recognizing the country’s breakaway Kiev Patriarchate and Autocephalous Ukrainian Orthodox Church.

Speaking before his first service as primate Dec. 16, Metropolitan Epiphanius said the doors of his new church would be “open to all,” as it completed its “work of unifying Ukrainian Orthodoxy, developing theology and science, and praying for an end to war and the rule of a just peace.”

NEXT: Scapegoating migrants in political speeches is unacceptable, pope says