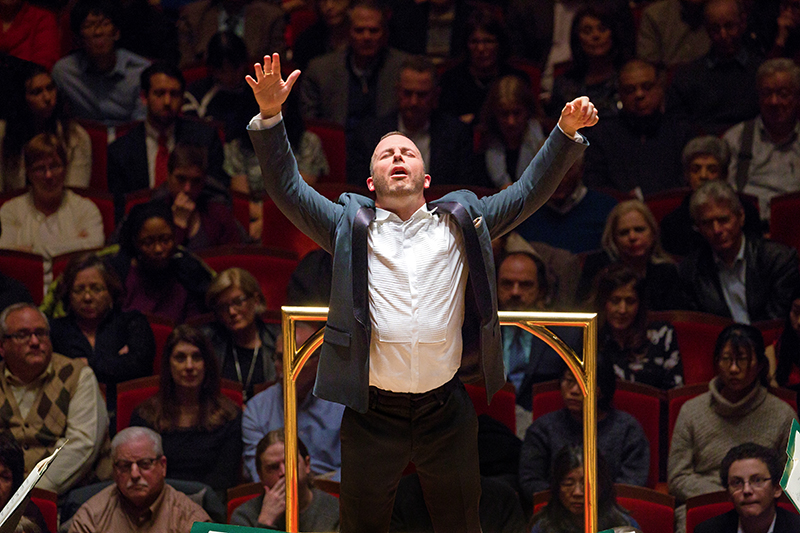 An innovative concert by the Philadelphia Orchestra highlighted the roles of faith and music in overcoming grief.

The works explore the themes of loss and suffering through the lens of their composers’ faith traditions. Bernstein invokes the Kaddish, a traditional Jewish prayer for the dead that dates from the 13th century. Written in Aramaic, the Kaddish (the title of which means “sanctification”) does not specifically mention death, but instead affirms the greatness of God and pleads for peace.

The orchestra was joined by a number of internationally renowned soloists, as well as narrator Charlotte Blake Alston and the Philadelphia Boys Choir. The diversity of performers and audience members complemented that of the repertoire.

“Traditionally, concert programs will focus on one musical tradition or faith,” said music director Yannick Nézet-Séguin in an email to CatholicPhilly.com. “This is the first I can remember that brings together two different faiths — and I find it a nice reminder, that despite our differences of religion or background, music is a universal form of expressing hope, pain, and joy.”

The selection of the program’s particular pieces was timely, said Nézet-Séguin, noting that the orchestra has focused on the music of Bernstein during his centenary year. In addition, “Rossini’s ‘Stabat Mater’ is a deeply moving work that has been a dream of mine to bring to Philadelphia,” said the conductor, who led the Philadelphia Orchestra during the papal Mass at the 2015 World Meeting of Families.

Interestingly, “neither Bernstein nor Rossini were particularly religious,” but “spirituality was very important to them,” especially Bernstein, said Nézet-Séguin. While the composers attained most of their success through stage works (“West Side Story” for Bernstein, numerous operas such as “Barber of Seville” for Rossini), “both expressed some of their deepest, most inspiring music in these works of faith,” Nézet-Séguin said.

Revisiting music of the past helps to clarify the present, he added.

“When we perform works from 50, 150 or even 250 years ago, we are reminded that many of our issues, questions and conflicts aren’t unique to 2019,” said Nézet-Séguin, who also serves as music director of the Metropolitan Opera. “Music can be a source of conversation and healing. This opportunity for everyone to listen, regardless of their background or expertise, creates a level playing field, even if it’s only for a couple of hours in the concert hall.”

NEXT: Panel explores theology and God’s promise of land in Israel