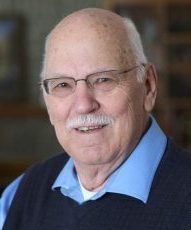 ST. PAUL, Minn. (CNS) — Frank Meuers and Tim O’Malley meet every month or so, often for breakfast, to talk about the Catholic Church and clergy sex abuse.

Meuers is the southwest Minnesota chapter director of the Survivors Network of those Abused by Priests, known as SNAP, and O’Malley directs the Archdiocese of St. Paul and Minneapolis’ Office of Ministerial Standards and Safe Environment.

Since its founding, SNAP has often positioned itself as an adversary of the institutional church, which is why these meetings — and the men’s resulting collegiality — is so extraordinary. Meuers said he knows of no other SNAP leader with a similar relationship to a church official.

Meuers, 79, is one of more than a dozen clergy sexual abuse survivors in regular — sometimes daily — contact with O’Malley and his office. O’Malley looks to them for advice and insight into improving and expanding the archdiocese’s outreach to survivors, and he expects that collaboration will broaden and deepen now that the archdiocese’s Chapter 11 bankruptcy case is complete.

During the bankruptcy proceedings, more than 450 survivors filed abuse claims against the archdiocese. While some of those claimants worked with O’Malley’s office during the four-year reorganization process, he had heard that others might be newly open to connecting with the archdiocese after the end of litigation.

And that’s already happened, he told The Catholic Spirit, the archdiocesan newspaper. Since the bankruptcy’s Dec. 21 resolution, some survivors who were former claimants have requested meetings with him or Archbishop Bernard A. Hebda, and some of those meetings have taken place.

That may be the result of a mid-December public letter from Archbishop Hebda, in which he reiterated that he is available to meet with abuse survivors. He said he is reserving Fridays through April for those meetings.

In the same letter, he reminded survivors who previously entered into a settlement agreement with the archdiocese that contained a confidentiality clause that they are released from the confidentiality agreement.

But neither statement was made without first taking the temperature of the local survivor community, said O’Malley, a former judge and superintendent of the Minnesota Bureau of Criminal Apprehension who joined the archdiocese in 2014 to revamp its safe environment efforts. Both a group of survivors and survivors’ attorneys were consulted to make sure the archbishop’s statement would achieve its objective.

“We don’t make any decision without asking for (survivors’) input, and it’s very valuable as far as moving forward, next steps,” said Janell Rasmussen, deputy director of Ministerial Standards and Safe Environment. “It’s pretty influential in our work.”

That has included delving deeper into a proposal to follow the lead of other dioceses and establish an archdiocesan “year of reconciliation” or other effort toward healing in 2019. After some priests pitched the idea to archdiocesan leaders in late 2018, O’Malley’s office consulted its survivor network.

Some thought the concept was premature, and others wanted to see more concrete plans before they could evaluate it. With that feedback, a committee has formed to determine what initiative would best serve the local church.

“It’s not just us deciding ‘oh this is a good idea,’ it’s involving … lay leadership and victims/survivors … to help us understand what do they think would be helpful, and then we respond to that,” O’Malley said.

Rasmussen identified three “groups” of survivors her office works with: survivors who collaborate with the office regularly; survivors who have less frequent contact with the archdiocese but who help plan and attend events; and survivors who call her office with questions and ideas, but who aren’t directly involved with local outreach efforts.

Survivors and “secondary survivors” — survivors’ family and friends who also live with the effects of abuse — sit on the archdiocesan Ministerial Review Board, which advises Archbishop Hebda on matters of clergy misconduct, as well as on the advisory board for the Office for the Protection of Children and Youth.

Local survivors also have influenced changes the archdiocese is making to requirements for VIRTUS training, the national program for employees and volunteers in Catholic institutions to increase sexual abuse awareness.

Rasmussen has learned that many survivors find some parts of the training distressing, and that has prevented some from completing the training and volunteering in parishes or schools. She is working to amend archdiocesan policies in order to accommodate survivors, as well as communicate with VIRTUS with the hope of influencing future training materials.

Meanwhile, the Office of Ministerial Standards and Safe Environment has been working with parish leaders to organize listening sessions, informational meetings and restorative justice events.

Meuers, who said he was abused by a priest as a 16-year-old in the context of confession, has been instrumental in helping the archdiocese shape its outreach to parishes.

With the bankruptcy resolved, parish leaders are asking, “What’s next?” O’Malley said, and they want to help parishioners — and the survivors among them — be heard and to heal from their own experiences and the broader crisis in the church.

“Parishes are all different in terms of their history with this and what their needs are,” O’Malley said. At least four parishes have hosted events, and he expects interest to grow.

In his national and international work with SNAP, Meuers said he’s unaware of other dioceses that work so closely with survivors.

“This is pretty unique,” he said of the archdiocese’s approach. “This is not something that’s just being picked up somewhere … and we’re just implementing this. They had to start from zero, and there was a lot to be done here. I don’t think it was until Tim got there that they (the archdiocese) actually started putting some things together to make it work.”

Meuers first met O’Malley about two-and-a-half years ago. He said O’Malley understands that letting people share and be heard goes a long way in the healing process, and that’s why the healing circle approach the archdiocese has backed in several parishes works. The archdiocese also customizes its approach for each unique situation, Meuers said, and he hopes to see other U.S. dioceses adopt what he calls “the Minnesota model.”

Mike Finnegan, a child abuse attorney with Jeff Anderson & Associates in St. Paul, also said that the archdiocese stands out in its proactive approach to reaching out to survivors and making sure they know they can meet with local church leaders.

NEXT: Canon law examined in wake of push for excommunication over abortion