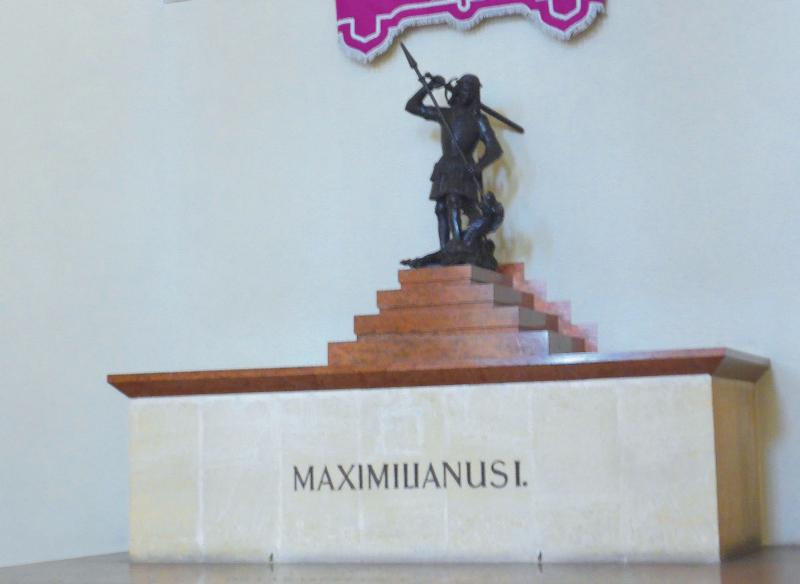 The tomb of Austrian Emperor Maximilian I is seen in 2017 inside St. George’s Cathedral, a basilica located within the national military academy in Wiener Neustadt, Austria. A new tomb has since been constructed. (CNS photo/Zita Ballinger Fletcher)

The Austrian Catholic Church will officially begin a year of honor Jan. 11 to remember the founder of Austria’s Catholic Habsburg Empire, Maximilian I, to mark the 500th anniversary of his death.

The country’s decision to publicly honor a former Catholic ruler, who died Jan. 12, 1519, marks a noteworthy change in mainstream Austrian culture, which has sought to distance the country from its Christian past and national history in recent decades.

A full year of scheduled national celebrations commending his reign has been dubbed the “Maximilian Year.” The Austrian military diocese will lead the liturgical celebrations with a special requiem Mass at St. George’s Cathedral, a basilica located inside the national military academy in Wiener Neustadt.

Celebrations and Masses to honor Maximilian have been coordinated by Austrian church and government authorities. The emperor is being commended for his Catholic beliefs, peace strategies and efforts to make peace between Christian leaders and the Ottoman Empire during his lifetime. He is also credited with arranging marriages between his family members to people of different countries to prevent wars.

The emperor was baptized in St. George’s Cathedral in 1459 and is also buried there. During a Mass led by Bishop Werner Freistetter of the military diocese, a new altar will be consecrated in the cathedral and honor given to the emperor, who lies buried inside the church in a new tomb. An accompanying “Kaiserfest” will be held on the military academy grounds. A second Mass will be held in Innsbruck.

The historic St. George’s Cathedral, housed in a garrison castle, was destroyed during World War II and took painstaking efforts to restore. Today it serves Austrian military officers and houses an ornate reliquary.

According to Austrian newspaper Tiroler Tagezeitung, the festival year will be marked with hundreds of celebratory events across Austria, including light shows, concerts, musicals and children’s programs.

NEXT: Be a devotee of Black Nazarene, not a fanatic, says Cardinal Tagle