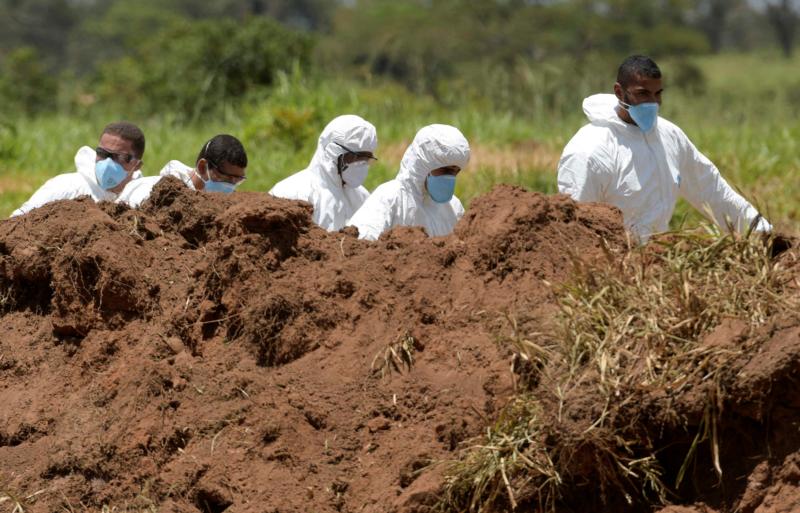 SAO PAULO (CNS) — The break in the Feijao dam complex in Brumadinho is being called a social-environmental crime instead of an accident by some members of the Catholic Church in Brazil. According to the religious who work with populations near dams and mining exploration areas, both the human and environmental costs of this tragedy will affect the area for dozens of years.

“Once again, profit is put above human lives and the environment,” Father Antonio Claret Fernandes told CNS. Father Fernandes is a member of the Movement of People Affected by Dams and vicar at the Sao Jose-Paula Candido parish.

“It is a recurring event. This was not an accident, this was a crime,” said the brother, designated by the Brazilian bishops to head the Churches and Mining Network.

The network issued a statement Jan. 26 in support of those who lost their lives or are missing because of the dam collapse.

“We are in solidarity with the families of the victims and the communities of faith, who will have the hard challenge of rebuilding hope. We also join the Archdiocese of Belo Horizonte, which with the words of the Gospel defined the tragedy as ‘abomination of desolation,’ referring to the ‘absurdities born of the gains and contempt for the other, the truth and the good of all,'” read the network statement.

Brother Peret said that, contrary to what the mining company stated, extreme damage to the environment has already started to appear.

“The mud has already advanced into the Paraopeba River. Even if it is just silica, as they claim, it has already killed this part of the river,” he said.

CIMI, the Brazilian bishops’ Indigenous Missionary Council, said the indigenous from the Pataxo-ha-hae tribe are already worried about the months ahead.

CIMI said mud from the mining company was sighted by the indigenous community.

“The water was clear Friday, but today it is dark red. There’s already a lot of dead fish, floating, with the mouth out asking for help,” Hayo, Pataxo Ha-ha-hae tribal chief, told CIMI representatives.

Hours after the dam burst, 25 families living in the indigenous village were evacuated to higher ground, but the indigenous decided not to remain in the city and went back to the highest part of their village, where they believe they are safe from the mud.

According to CIMI, there is now doubt among the tribe as to how the village will survive on the shores of a polluted river.

“Breakfast used to be fish with flour and cooked cassava. The river was our source of life and that of many people here in this region. Lives lost, the river destroyed … it’s a tragedy,” concluded the statement given by the chief to CIMI.

Now more than ever, said Father Fernandes, the mining sector is bound to be a priority for the Brazilian church in the discussion of the October Synod of Bishops on the Amazon.

“I am certain that Bishop (Erwin) Krautler, who is a synod council member, will put this very important issue up for discussion during the synod,” said the priest.

“Brumadinho was not even on our radar as being a priority in terms of risk, and look what happened,” said Father Fernandes.