Catholic leaders welcome plan to cancel fee for migrants to stay in U.K. 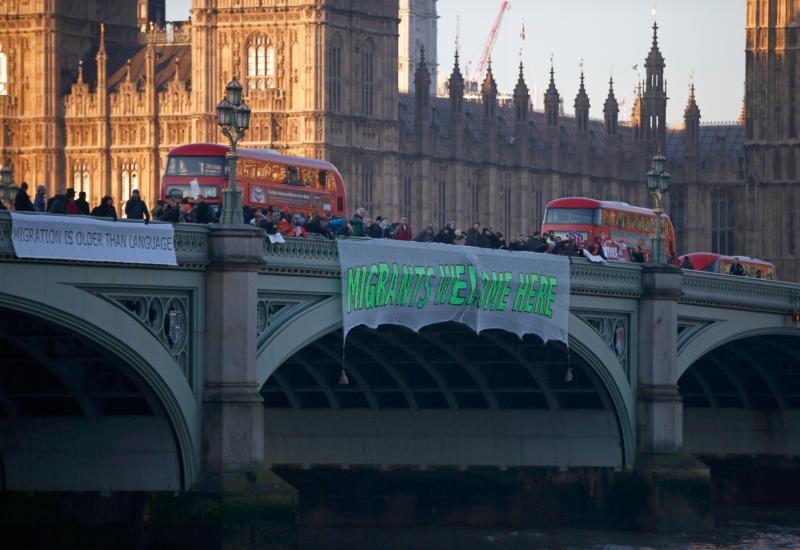 MANCHESTER, England (CNS) — Catholic leaders welcomed a government U-turn over a plan to charge European Union migrants to apply to stay in Britain.

Prime Minister Theresa May announced Jan. 21 that she would abolish the fee of 65 pounds ($84) that all migrants from the European Union, except for Irish citizens, must pay when they apply to stay in Britain before the country leaves the EU.

Under the plan, EU citizens who have lived in Britain for five years or more could apply to remain in the United Kingdom after March 29. They will no longer be made to pay to apply, and those who have already done so will be reimbursed. The plan was included in a raft of measures aimed at obtaining support in Parliament for an amended Brexit deal.

Auxiliary Bishop Paul McAleenan of Westminster, the head of migration and asylum at the Bishops’ Conference of England and Wales, said: “I am pleased that the government has abandoned plans to charge EU citizens for securing their existing rights.

“As I conveyed to the immigration minister earlier this year, such charges would not only be unjust, but would also create an unnecessary barrier for many people accessing the settlement scheme,” he said in a Jan. 21 statement posted on the bishops’ conference website.

“The church stands in solidarity with all EU citizens who have made their home here, and we will continue to engage with the government as the scheme is implemented,” he said.

Joanna Mludzinska, chair of the London-based Polish Social and Cultural Association, said the U-turn was a “very good decision” but that was insufficient in resolving the uncertainty that many European migrants felt.

“It is a decision that could have been taken a very long time ago, but great,” she said in a Jan. 22 telephone interview with Catholic News Service, adding that the settlement scheme remained cumbersome and in need of simplification.

She said she was involved “from the start” in negotiations with Home Office officials in devising a system “that should work very well for the large majority of applicants.”

“But it isn’t working that well for applicants who do have a simple path,” Mludzinska said, “and then there are those people who don’t have a simple path — such as the homeless and members of vulnerable groups — and some of them will have difficulties getting through the system, definitely.”

“It is a good thing that the church is involved,” she added. “The church is one of the organizations that sees a lot of these vulnerable groups and is in touch with them … the more good, strong voices we get, the better.”

Britain voted to leave the EU in a June 2016 referendum in which high levels of migration emerged as a key issue of concern.

About 3.7 million EU citizens are resident in the U.K., and since Poland joined the EU in 2004, some 800,000 Poles have migrated there, making them the largest ethnic minority in the country.

Some 1.3 million British citizens live in other EU countries, and both Britain and the EU are keen to protect the rights of their citizens and to offer them a legal route to remain where they are after March 29.

In a statement issued in December, Bishop McAleenan said the church had a “special pastoral concern” for EU migrants in Britain “as the majority are themselves Catholic.”

“The church has experienced firsthand the extensive contribution that people from across Europe have made to our society,” the bishop said. “They are an integral and valued part of our parishes, schools and communities.”

“Since the 2016 referendum, many people living here have faced profound uncertainty and insecurity about their future,” he continued. “Although the reassurances offered by senior politicians are important, people have been given far too little information or binding commitments about their right to stay.

“For some this has been worsened by the appalling rise in hate crime, which has left them feeling unwelcome or even threatened in the country that has become their home,” Bishop McAleenan added.