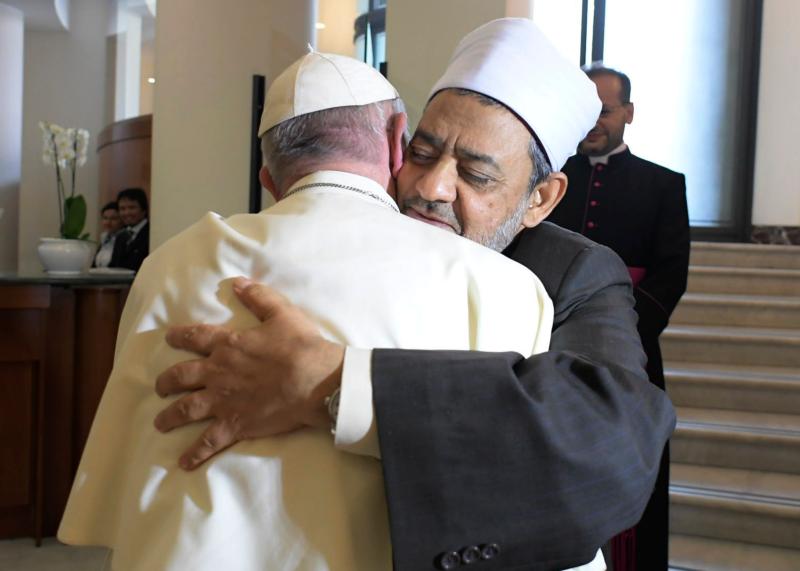 VATICAN CITY (CNS) — “Al Salamu Alaikum,” Arabic for “peace be with you,” Pope Francis said at the beginning of a video message to the people of the United Arab Emirates, which he will visit Feb. 3-5.

“I am happy that in a few days I will be able to visit your country, a land that strives to be a model of coexistence, human brotherhood and encounter among different civilizations and cultures where many find a secure place to work and live freely in respect for diversity,” Pope Francis said.

Foreign workers and other expatriates account for about 80 percent of the population in the United Arab Emirates, a federation of seven emirates on the southeast edge of the Arabian Peninsula. The Apostolic Vicariate of Southern Arabia, which includes the emirates, Oman and Yemen, estimates almost 1 million of those foreigners are Catholic.

Pope Francis’ video message was released by the Vatican Jan. 31, just days before he was set to visit Abu Dhabi for meetings with Muslim leaders and a large public Mass Feb. 5 for the region’s Catholics.

The main interreligious meeting Feb. 4 was to include Egyptian Sheik Ahmad el-Tayeb, grand imam of al-Azhar, a major leader among Sunni Muslims. Calling him a “friend and dear brother,” Pope Francis thanked the sheik and all those involved in planning the meeting for having “the courage and desire to affirm that faith in God unites and does not divide, draws together even in differences (and) moves away from hostility and aversion.”