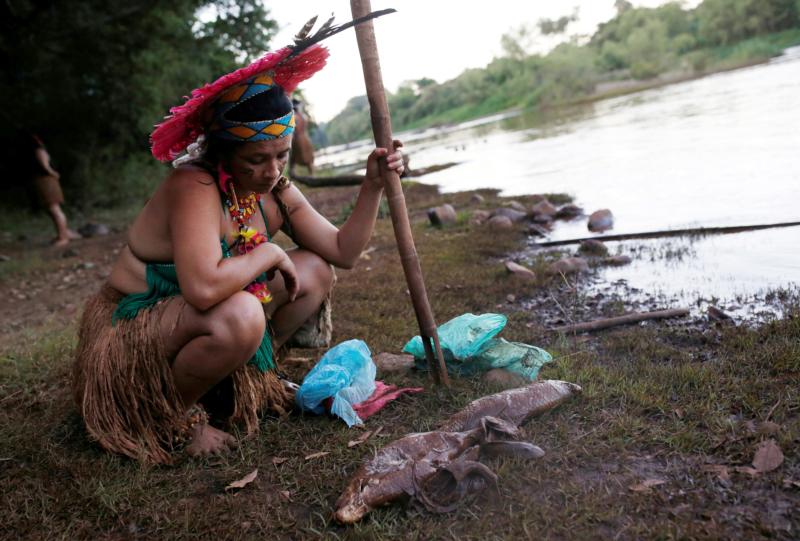 ROME (CNS) — Left unchecked, unbridled greed and a thirst for profit leads down a slippery slope that endangers the earth and all who live on it, especially indigenous populations, a Vatican official said.

Msgr. Fernando Chica Arellano, the Vatican’s permanent observer to the U.N. Food and Agriculture Organization, the International Fund for Agricultural Development, and the World Food Program, called on world leaders to make human beings, and not material gain, as their primary concern.

“If this priority is not clear, we will leave withered lands, depleted seas, polluted air, wastelands where beautiful orchards used to flourish as an inheritance to future generations,” Msgr. Chica said Feb. 13 at the Fourth Global Meeting of the Indigenous Peoples’ Forum.

The theme of the Feb. 12-13 conference, held at the International Fund for Agricultural Development’s headquarters in Rome, focused on “promoting indigenous people’s knowledge and innovations for climate resilience and sustainable development.”

In his address, Msgr. Chica said that the world must not view indigenous people as minorities but rather as “authentic interlocutors” who correctly instruct humanity about the “harmonious and fruitful relationship between human beings and nature, reminding us that man does not have absolute power over creation.”

“These populations also remind us that safeguarding the environment is a privileged way of protecting life and enabling it to develop harmoniously,” he said. “It is the way for children and young people not only to have a present that allows them to develop all their capabilities, but also a future without fears or worries.”

Humankind, he added, must realize that defending the common home has “no purpose other than the defense of life,” and the earth “is not a consequence of our strategy or our calculations” but a gift from God.

However, the emphasis placed on the consumption of goods has hindered “personal and religious development in many cases,” Msgr. Chica said.

“The fact that, for example, obesity is becoming something as problematic or more than hunger should make us think,” he said. “To promote sobriety and an austere and simple lifestyle, I almost dare to say that it is a necessary step to be able to put into practice a few essential measures to take care of our world.”

Recalling Pope Francis’ encyclical letter, “Laudato Si’, on Care for Our Common Home,” Msgr. Chica said that the protection of life from conception to its natural end and protection of the environment can be “better defended if we anchor ourselves on the fact that what unites us is more than what separates us, that all people are equal in dignity.”

The problems affecting the world today, he added, need concrete action that is often hindered by rhetoric and selfishness that “blinds our soul” to the sufferings of others.

“If this sharing does not exist, this compassion, what today is called ‘progress,’ would have to be called ‘regression,'” Msgr. Chica said. “If man advances only in technology and science, in telecommunications, information technology and medicine, what increases is his knowledge, but not his humanity.”

PREVIOUS: When it comes to prayer, there is no room for individualism, pope says