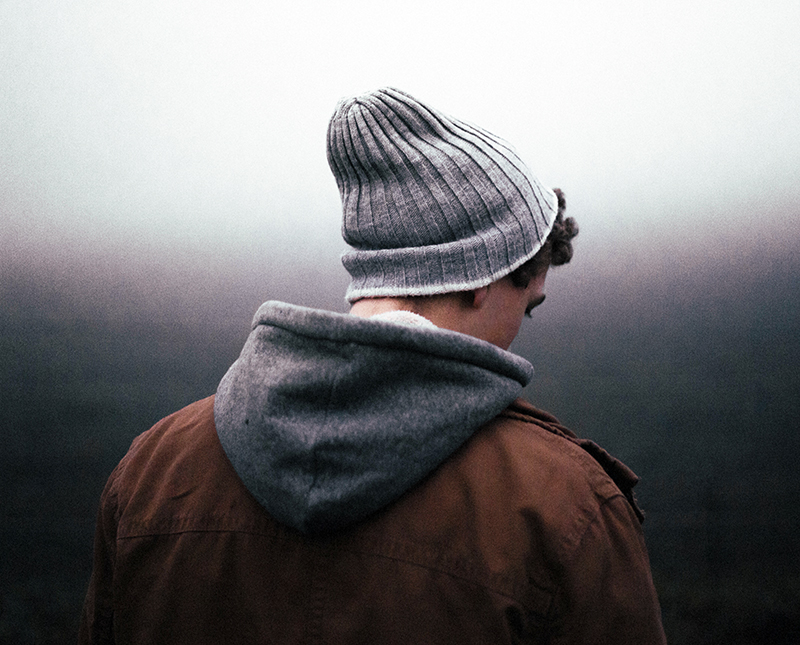 “It was harder to tell people that I was a gay man living the truth of the church than to tell people I was gay,” said Karl Miller, a Catholic man with same-sex attraction (SSA). “I lost friends.”

Miller recently spoke of his experiences as a same-sex attracted man during a talk last month at St. Jude Parish in Chalfont. More than 30 attendees attended the presentation, which Miller gave as a speaker for Courage International, an apostolate of Catholics who experience same-sex attraction and who are committed to lives of chastity.

Founded in New York City in 1980, the outreach is guided by priest chaplains who provide spiritual direction to members as they meet for prayer, fellowship and mutual support. EnCourage, an affiliated ministry created in 1992, provides spiritual support for parents, spouses and other loved ones of those involved in homosexual relationships.

Miller prefaced his talk by explaining that, in keeping with church teaching, the Courage apostolate uses the term “same-sex attracted” rather than “gay” or “lesbian,” since individuals are not defined by their sexual behavior. Rather, Miller said, “I know that I am a beloved child of God who happens to have same-sex attraction.”

Miller’s path to becoming a Courage speaker was a long and painful one. Raised in a devout Catholic family, he knew something was different when boys started talking about girls and he found that he didn’t have the same feelings. Still, he was active in ministry and at 15 was discerning a call to the priesthood.

But after he first smoked marijuana and started drinking, “the scales tipped away from religion,” Miller said. He began skipping Mass and frequenting clubs, even having a sexual encounter at a pornographic store.

At 17, he went to confession, where a priest told him he had to make a choice between the church or the gay scene. Miller turned his back on his faith and threw himself into “the lifestyle.” But even in the midst of what he regarded as “fun,” his drinking and drug usage escalated.

Like St. Monica, Miller’s mother prayed constantly for her son’s return to the church. However, the AIDS epidemic of the mid-1980s, which claimed several of his friends, only intensified Miller’s hostility to the faith.

“What of this good and merciful God I was taught about?” he thought. “How could he kill my friends just because they like having sex?” To Miller, such apparent divine retribution was one more reason to hate the church.

As his addictions worsened, Miller found himself somewhat more open to spirituality. He eventually managed to kick his drug habit, and in 1992, he walked into his first Alcoholics Anonymous (AA) meeting. Like all 12-step support groups, AA stressed the need to surrender to a “higher power,” and Miller focused on blending “every New Age belief he could” to define his own religion rather than return to the faith of his childhood.

Eventually he began to feel drawn back to the church, but hesitated. “I was looking for God, but I couldn’t accept that God might be looking for me,” he said.

Still, he tried attending Mass again, and then started reading the Catechism of the Catholic Church. He finally spoke to a priest who welcomed him back and said that Miller, like everyone else, was called to chastity, a message that Miller found liberating.

After a few months back in the church, he discovered Courage International, which has helped him to develop an active parish and social life. While marriage is not an option for those with SSA, “same-sex attracted people can still make very close relationships that are just as fulfilling,” Miller said, noting a life of service and good works is vital to his calling. “I probably will never marry, but I don’t feel unfulfilled.”

Miller knows firsthand the pain that he and others with SSA have suffered, particularly the feeling they are not loved by God or by the church. Yet his return to the faith has enabled him to see the church’s teaching on and outreach to those with SSA in a new light. Noting the work of the Sisters of Life and the Franciscan Friars of Renewal, as well as numerous church ministries that assist those suffering from AIDS, Miller said Catholic teaching on SSA has been misinterpreted.

“The church has lost the PR battle in the last 20 years,” he said. “We have have allowed others to define the church’s position on same-sex attraction, wrongly, and it has been devastating to the church and to the (SSA) community.”

Above all, Miller said, genuine compassion for those with SSA will renew lives.

“Mine is a story of redemption,” he said. “You must always approach the SSA person with love. Begin the dialogue with love.”

NEXT: Cultural richness in archdiocese evident at Cathedral Mass