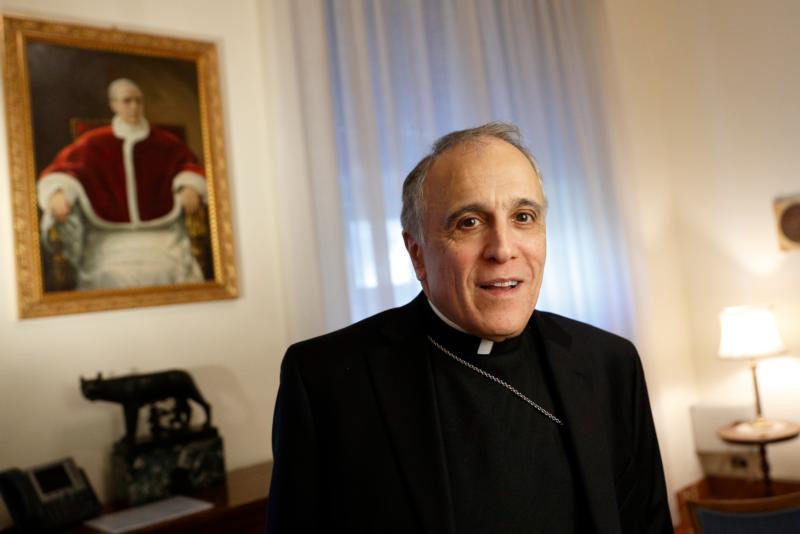 Cardinal Daniel N. DiNardo of Galveston-Houston, president of the U.S .Conference of Catholic Bishops, was taken to the hospital late March 15,2019, after experiencing symptoms of what tests March 16 confirmed was a mild stroke, according to an archdiocesan statement. Cardinal DiNardo is pictured in a Feb. 24 photo in Rome. (CNS photo/Paul Haring)

HOUSTON (CNS) — Cardinal Daniel N. DiNardo of Galveston-Houston, president of the U.S. Conference of Catholic Bishops, was taken to the hospital late March 15 after experiencing symptoms of what tests March 16 confirmed was a mild stroke, according to an archdiocesan statement.

“The cardinal was resting comfortably and conversing with associates, doctors and nurses,” the statement said. “It is expected that Cardinal DiNardo will remain hospitalized for a few more days of testing and observation, followed by a transfer to another facility for rehabilitation.”

Cardinal DiNardo, 69, “is grateful to the doctors and nurses for their wonderful care and for continued prayers during his recovery,” it said.

The statement quoted the cardinal as saying, “With so much to do I am looking forward to getting back to work as soon as possible.”

The USCCB, in a news release, said it joined with the Galveston-Houston Archdiocese “in praying for the cardinal’s quick recovery.”

During his recovery, Cardinal DiNardo has assigned his USCCB duties to Los Angeles Archbishop Jose H. Gomez, vice president of the conference, as provided for by the USCCB bylaws.

Cardinal DiNardo and Archbishop Gomez were elected USCCB president and vice president, respectively, during the bishops’ annual fall general assembly in Baltimore in November 2016. They began their three-year terms at the close of the meeting.

Cardinal DiNardo, who served as USCCB vice president for three years before being elected president, has headed the Archdiocese of Galveston-Houston since 2006, when as coadjutor archbishop, he immediately succeeded Archbishop Joseph A. Fiorenza when he retired. Then-Archbishop DiNardo was named a cardinal in 2007, making him the first cardinal from Texas.