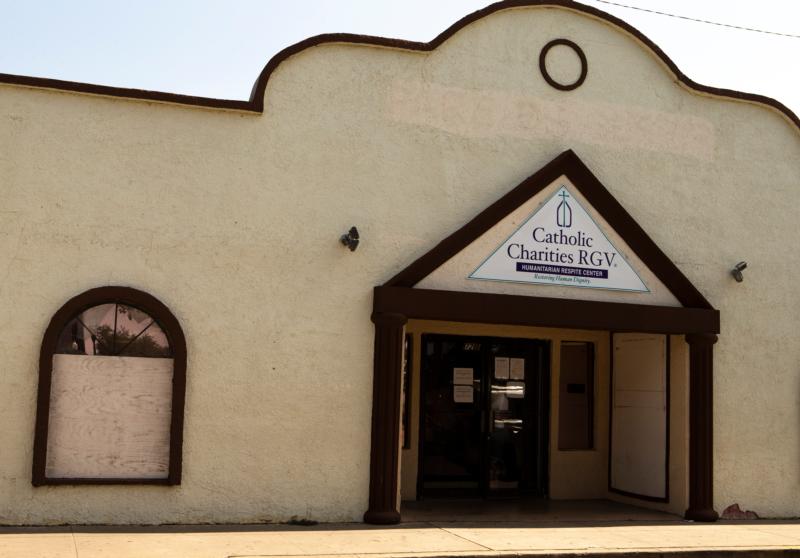 McAllen city commissioners had voted Feb. 11 to give the center 90 days to vacate the building it was using to provide temporary shelter for immigrants who cross from Mexico into the United States but who have been released by federal authorities.

The Valley Catholic, Brownsville’s diocesan newspaper, reported that Sister Pimentel announced Feb. 26 she had found a new home for the respite center.

Plans had called for construction of a news facility, but Catholic Charities is “taking a new direction,” the paper reported. The agency is close to finalizing a plan “with the cooperation of the city for a building in downtown McAllen closer to the bus station,” where many migrants first arrive to the area.

Sister Pimentel, who has been praised by Pope Francis and has won national and international praise for the type of work that takes place at the center, stated after the city commissioners’ vote that she was disappointed but would continue to work with the city of McAllen “in efforts to treat immigrant families in a just and humane way and ensure that they are in compliance with existing immigration laws.”

Residents had complained to city commissioners about activity in their neighborhood that they said was coming from the center, which began occupying the space in December, said a Feb. 11 story by the local newspaper, The Monitor.

But Sister Pimentel, according to the report, said during a meeting to discuss the issue that the families the shelter helps are receiving services inside the building.

The original respite center in the area began in 2014, when Sister Pimentel saw an influx of immigrants arriving in Rio Grande Valley region and with local volunteers, she began a makeshift operation to help the migrants obtain clothes and food. Out of a property that belonged to the local Sacred Heart Church, they began clothing and feeding the newcomers.

Since then, respite centers at various temporary locations have helped thousands of migrants, many seeking asylum and passing through the border city, have access to a shower after a harrowing trip, a clean change of clothes, a quick medical exam, if they need it, a warm meal and sometimes a snack for the road. Catholic Charities of the Rio Grande Valley is raising funds to build a permanent facility.

“Our mission remains unchanged — to restore and recognize the human dignity of all vulnerable people — throughout our community including those seeking asylum,” Sister Pimentel,a member of the Missionaries of Jesus, said in her statement issued following the commissioners’ decision.