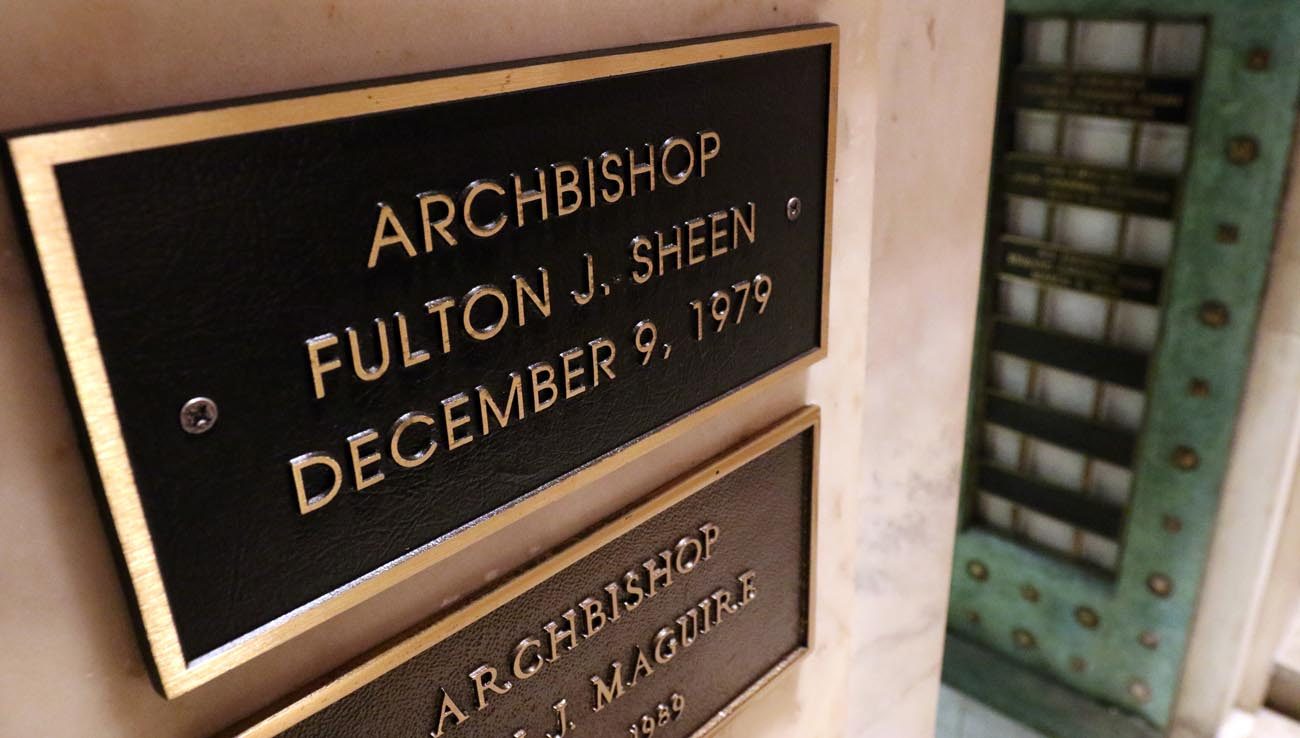 Bishop Jenky is promoter of the canonization cause of Archbishop Sheen, a Peoria diocesan priest, who gained fame in the 1950s with a prime-time television series called “Life Is Worth Living.” He died in New York Dec. 9, 1979, at age 84, and was entombed in the crypt at St. Patrick’s Cathedral.

In 2016, Joan Sheen Cunningham, who is Archbishop Sheen’s oldest living relative, filed a petition with the courts in New York asking that his body be moved to the Peoria cathedral. She said her uncle would not have objected to his remains being transferred to his home diocese from St. Patrick’s Cathedral.

The unanimous decision was the third time the New York court system has ruled in Cunningham’s favor, the diocese noted in a statement and called on the New York Archdiocese to end its “failed legal contestation.”

“Further appeal is not only unprecedented but extremely costly to all the parties involved. Further litigation will only delay the execution of the court’s decision,” the Peoria Diocese said.

In response to the ruling, Joseph Zwilling, spokesman for the New York Archdiocese, told Catholic News Service in an email March 8: “The trustees of St. Patrick’s Cathedral disagreed with the court’s decision, and their attorneys are reviewing the ruling as they contemplate possible next steps.”

The Peoria Diocese said the court ruled Cunningham has “good and substantial reasons” to transfer the archbishop’s remains to Peoria and that the new York Archdiocese’s arguments are “‘unavailing.” “This means that their arguments were ineffective and inadequate,” the diocese said.

“Now is the time to end the legal tug-of-war and begin the final stages of the cause of beatification of Archbishop Fulton Sheen,” the diocese said. “It is our hope that the Archdiocese of New York will acknowledge that it is time to move on and begin to assist in advancing (his) cause.”

The diocese said it looks forward to working with the New York Archdiocese to carry out the court’s decision that the archbishop remains should be transferred to Peoria’s St. Mary’s Cathedral, where Archbishop Sheen was ordained Sept. 20, 1919.

“But even more we look forward to celebrating with people from all across our country and the entire world in celebrating the beatification of Archbishop Fulton Sheen, including our many friends from the Archdiocese of New York,” the diocese said.

In September 2015, his cause was suspended indefinitely, when the Archdiocese of New York denied a request from Bishop Jenky, president of the Archbishop Sheen Foundation, to move the archbishop’s body to Peoria, and the courts got involved.

In 2002, Archbishop Sheen’s canonization cause was officially opened. In 2012 Pope Benedict XVI announced that the Vatican Congregation for Saints’ Causes of Saints had recognized the prelate’s life as one of “heroic virtue,” and proclaimed him “Venerable Servant of God Fulton J. Sheen.”