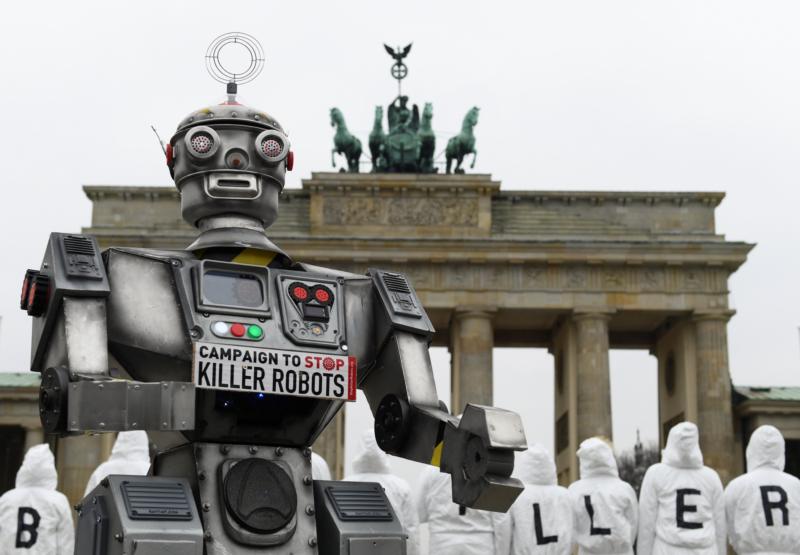 “How would autonomous weapons systems be able to respond to the principles of humanity and the dictates of public conscience?” asked Archbishop Ivan Jurkovic, the Vatican observer to U.N. agencies in Geneva.

Speaking March 26 to a group of governmental experts on Lethal Autonomous Weapons Systems (LAWS), Archbishop Jurkovic criticized the use of weapons that can shoot and kill without any moral or ethical deliberation.

On several occasions, the Holy See has warned against the use and development of LAWS or, so-called killer robots, which include military drones, unmanned vehicles and tanks and artificially intelligent missiles. Even missile defense systems, such as Israel’s Iron Dome, have autonomous targeting capabilities.

The Vatican’s position is that the autonomous robots cannot be allowed to replace human beings who are able to make intentional, rational and deliberate decisions from a moral and ethical standpoint. LAWS function according to their programming and algorithms.

Precaution and prevention concerning LAWS are “of the utmost importance in our current endeavors,” he said.

The technological advancement of LAWS, especially drones, has given them increasing levels of autonomy. While most unmanned drones currently in use are still operated by a human pilot through a computer, advances in technology have decreased the need for humans to physically operate the machines.

A report by the Associated Press in 2018 found that nearly a third of the deaths from U.S. drone strikes in Yemen were civilians. Assessing the death toll from drone strikes is extremely challenging given the difficulty of confirming identities. The AP based its report on interviews from eyewitness survivors, families and tribal leaders.

Drone warfare has been especially prevalent in countries like Yemen, Pakistan, Afghanistan and Somalia. The Bureau of Investigative Journalism estimated that the total number of people killed in the four countries by U.S. drone strikes since 2002 is between 8,459 and 12,105. They estimated between 769 and 1,725 civilian deaths, including between 253 and 397 children.

Analysts and human rights activists also have noted that LAWS not only take lives, but they destroy infrastructure and disrupt local economies, resulting in poverty, starvation and displacement.

PREVIOUS: A triduum, or two, too many: Rome Diocese tries to unify celebrations

NEXT: Caritas-run radio offers outlet for migrants in France to discuss abuse