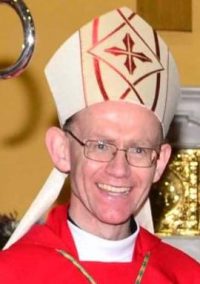 DUBLIN (CNS) — Under new plans being considered, Irish seminarians would spend most of their time working in parishes rather than in the traditional seminary environment.

The plans would allow for more time involved in active pastoral work alongside priests and lay pastoral workers and would, according to one bishop, give them a more realistic insight into priesthood in contemporary Ireland.

A committee appointed by the Irish bishops’ conference is currently drawing up a new program for the formation of priests in Ireland. It is part of what Archbishop Eamon Martin, primate of all Ireland, has called “courageously moving the whole formation experience beyond past and present methods so that priests will be suitably prepared to engage with, and evangelize, the secularized contemporary culture.” The document is known as the “Ratio Nationalis” and builds on “Ratio Fundamentalis” guidelines on priestly formation published by the Vatican in 2016.

Bishop Fintan Monahan of Killaloe told The Irish Catholic newspaper he believed seminarians being formed in parishes “would be more practical” than the current model. He said it would give them “firsthand experience of working together with priests and laypeople.”

“The seminaries (at present) are almost monastic in character, and it is a shock to the system for newly ordained priests when they come to the parish.

“Something based in the parish would help make it a more seamless transition,” Bishop Monahan said.

He said “every option is being looked at in the context of decreased numbers” of people preparing for priesthood.

He said the evidence from abroad — particularly in France — is that the parish-based model “has been reasonably successful.”

However, he cautioned that there are challenges — particularly for dioceses that do not have a university.

“Some parishes are a long way from a university where (seminarians) could study, and that would present practical difficulties in some cases,” the bishop said.

He said he believed a parish-based program could help make formation “more down to earth.”

Citing other examples of “practitioner-based” training such as for nurses and doctors, he said the parish model “would allow for a seminarian to be steeped and immersed in parish and diocesan life.”

The seminary at Maynooth has approximately 23 seminarians and around a dozen attend the Irish College in Rome, and Bishop Monahan said the low numbers in formation have “focused attention.”

“Can we keep two seminaries?” he asked.

“The old seminary model served its purpose, but there’s a definite need to look at other models now,” he said.

Father Tom Surlis, rector of the national seminary at Maynooth, said the consultation process has been going on since the start of the year, and the committee has already received responses from diocesan vocations directors, councils of priests and leaders of religious congregations, among others.

He said the committee is working “in tandem with the trustees of the college, the wider episcopal conference” and others “to learn from the insights gained at various conferences on new models of priestly formation held in the past two years in Maynooth and in Rome.”

“The key task facing the committee is to ensure that the program of priestly formation in Irish seminaries continues to be fully in keeping with the teaching of the magisterium and the law of the church.”

He said a key part of the work of the committee will be looking at how prospective priests are accompanied before and during their formation.

“In a vocational environment, where most applicants have either completed a third-level qualification and/or have worked in their particular field for a number of years, this period of accompaniment and discernment is very important in terms of helping applicants to properly examine their motivations for pursuing a vocation to the diocesan priesthood in Ireland,” he said.