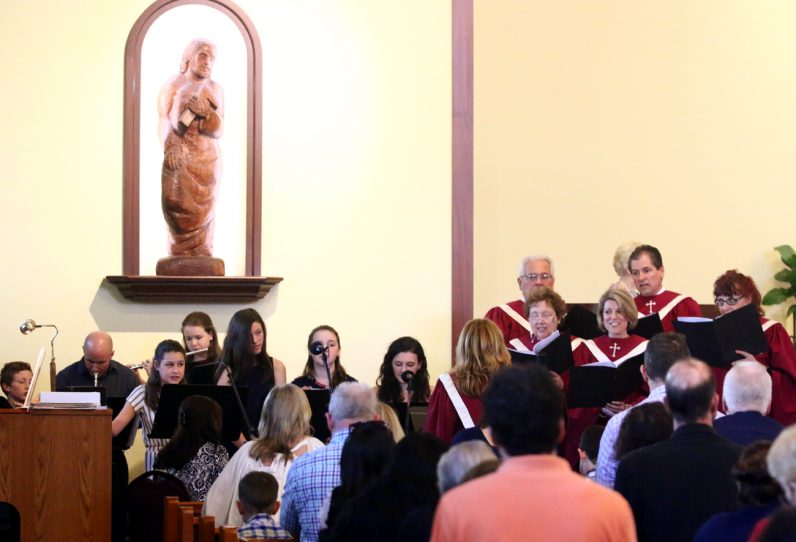 The year 1919 was a very good year for parish formation in the Philadelphia Archdiocese. There were 10 new parishes, not counting those that might now be in the Allentown Diocese. It is probably partly because of a post-World War I building boom.

Most were in suburban or then-rural areas, including St. Joseph in Spring City, where Archbishop Charles Chaput celebrated the parish’s centennial Mass on April 6.

According to parish history it really traces back to 1891 when Father Thomas Quinn of St. Mary of the Assumption in Phoenixville celebrated Mass at the home of Mrs. Francis Sherry in Spring City for a congregation that included 50 adults and a large number of children.

In 1916 Father Michael Collins, also from St. Mary of the Assumption, purchased a property in Spring City on which a mission chapel was built and dedicated to St. Joseph.

This officially became a parish on April 6, 1918 when Father Charles McCarron was appointed pastor. Partly through a donation from his family, a residential property was added. 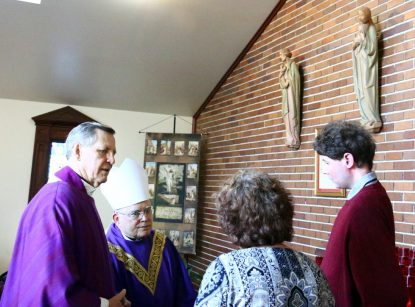 The parish expanded to the extent that in the 1960s, while Father Joseph Fitzpatrick was pastor, a former farm was purchased and the larger church that is in use today was built and dedicated in 1968.

Since then, “we’ve made two additions to the church recently,” said Father Charles O’Hara, who has been pastor since 2006. He credits the enthusiasm of his parishioners for much that has been done.

“They do all the work, I just show up,” he said. But obviously people would not show up if they didn’t like the pastor.

Because it is a mostly rural area people tend to be jacks of all trades. There isn’t much that needs to be done other than very major construction that can’t be done with volunteer labor, so parishioners help with work from roofing to brickwork to carpentry or other needed jobs.

Spiritually, there is a very active men’s group, a bereavement group, a Servites women’s group, a weekly holy hour and a very good St. Vincent de Paul Society, which of course combines spirituality with charity.

St. Joseph’s welcomes approximately 800 weekend worshipers over four Masses. This is made possible, according to Father O’Hara, through the assistance of Father Donato Silveri. Although he is 90 and just in residence, he helps out with the weekly liturgies.

The congregation is small enough that people really do know those who are around them in church.

St. Joseph’s has a variety of nationalities in its congregation and that gives a good excuse for ethnic festivals. During Oktoberfest Father O’Hara, who despite his Irish surname is three-quarters German heritage, gets a chance to wear his lederhosen. But he also plays in the Italian band and naturally is there for the St. Patrick’s Day celebration.

Eleanor Slanga, a daily communicant at St. Joseph, has been a parishioner for 20 years. “It just feels good to be here,” she said. “We had a wonderful (anniversary) celebration. It’s a very unpretentious parish and welcomes everybody and we are blessed to have Father O’Hara. He nurtures our spiritual being.”

Long-time parishioner Victor Ziemba also credits the succession of good pastors and the participation of the parish’s members to make things happen.

At one point, he recalls, there was a group of about 10 men calling themselves the Men of the Square Table that was mainly responsible for much of the labor for the various projects. Utilizing fundraisers that collected money for the needed materials, the men worked with energetic pastors, including Father O’Hara.

“When he got here, he just rolled up his sleeves and worked with us,” Ziemba said. 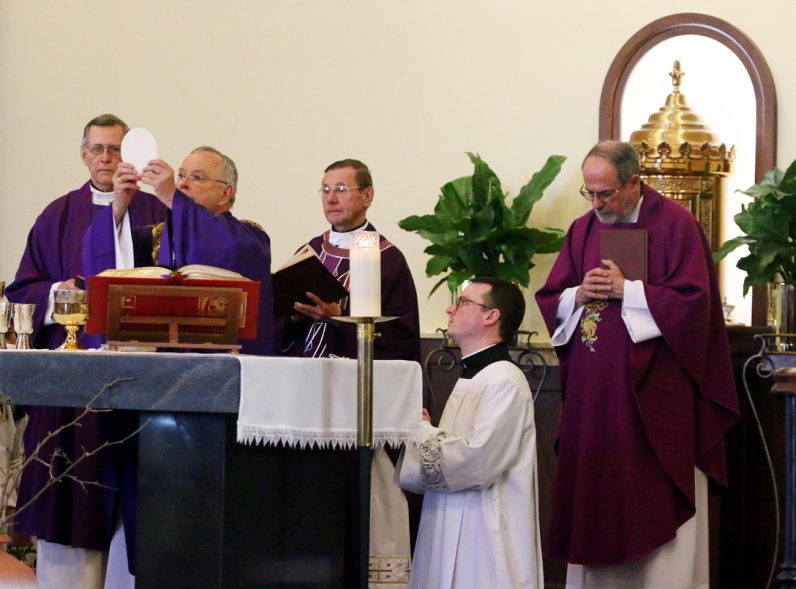