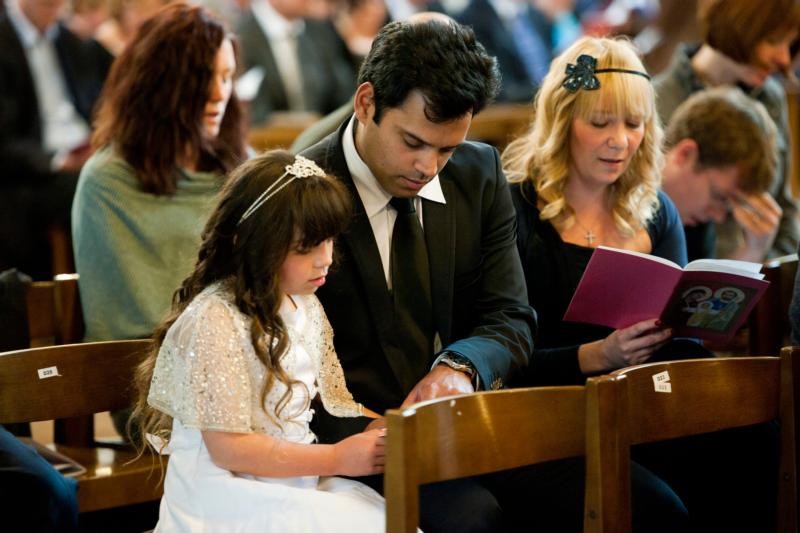 People attend a special Mass of thanksgiving for marriage at Westminster Cathedral in London May 18, 2013. The introduction of “no-fault” divorces in the United Kingdom will undermine marriages from the outset, said the Catholic bishops of England and Wales. (CNS photo/Marcin Mazur, Bishops’ Conference of England and Wales)

MANCHESTER, England (CNS) — The introduction of “no-fault” divorces in the United Kingdom will undermine marriages from the outset, said the Catholic bishops of England and Wales.

In the first major overhaul of U.K. divorce law for 50 years, the British government announced April 9 that it would allow couples to split up simply by filing a statement to say the marriage had broken down irretrievably.

An application can be made by just one of the spouses, and the other spouse will not have a right to legally contest the divorce if they disagree with it.

The plans include a “cooling off” period of six months to allow spouses to reconsider any decision to break up.

But in an April 9 statement sent by email to Catholic News Service, Bishop Peter Doyle of Northampton, speaking on behalf of the English and Welsh bishops, said the proposals were flawed.

“If notice can be given by just one party that they wish to leave the marriage without any recourse for the party that has been left, the equality and validity of that contract and the trust and commitment vital for its success will be undermined at the outset,” said Bishop Doyle, chairman of the bishops’ Marriage and Family Life Committee.

The “cooling off” period was an “insufficient time for the couple to consider any prospect of reconciliation,” he said.

“It may, in fact, push couples headlong into making new arrangements for themselves and their children without first giving them the time necessary to work through the decision to end the marriage,” the bishop added.

He said the government should invest in “good marriage preparation and initiatives which help make marriages work.”

Since 1969, divorces have been obtainable only when the “fault” of adultery or “unreasonable behavior” was established, or when a couple had been separated for at least two years.

Justice Secretary David Gauke said the reforms were necessary to remove acrimony from divorces and to protect children from the experience of parents apportioning the blame for the failure of their marriage.

“Hostility and conflict between parents leave their mark on children and can damage their life chances,” Gauke said in a statement posted April 9 on the Ministry for Justice website.

“While we will always uphold the institution of marriage, it cannot be right that our outdated law creates or increases conflict between divorcing couples,” he said. “So I have listened to calls for reform and firmly believe now is the right time to end this unnecessary blame game for good.”

The government intends to bring a bill forward at the earliest possible opportunity to pass the reforms into law.

NEXT: All are debtors before God’s love, forgiveness, pope says