Papal document addresses challenges of evangelizing in the digital age 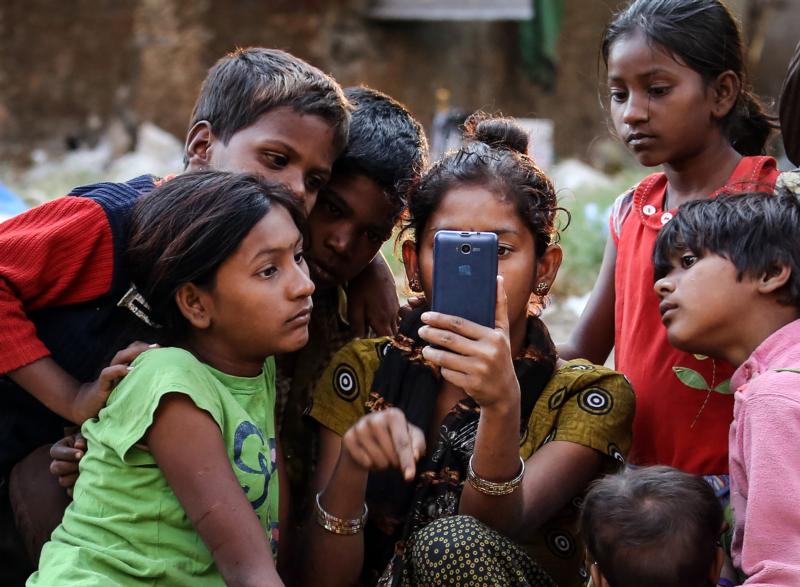 Indian children watch a movie on a cellphone on the roadside in Mumbai Jan. 20, 2016. While digital communications and social media can be used as a tool of evangelization and a place of dialogue with others, they also can be lonely environments where young people fall prey to humanity’s worst vices, Pope Francis wrote in his new apostolic exhortation to young people, “Christus Vivit” (“Christ Lives”). (CNS photo/Divyakant Solanki, EPA)

VATICAN CITY (CNS) — While digital communications and social media can be used as a tool of evangelization and a place of dialogue with others, they also can be lonely environments where young people fall prey to humanity’s worst vices, Pope Francis wrote.

In his new apostolic exhortation to young people, “Christus Vivit” (“Christ Lives”), the pope warned that as the digital environment continues to become the norm, it has had a “profound impact” on young people’s ability to communicate and develop relations with others.

“The fresh and exuberant lives of young people who want to affirm their personality today confront a new challenge: that of interacting with a real and virtual world that they enter alone, as if setting foot on an undiscovered global continent,” he said.

Calling young people to be missionary disciples and to set out to areas their elders have left largely untouched, Pope Francis said young people should be encouraged to fill social networks with “God, fraternity and commitment.”

The document, released April 2, includes the pope’s reflections on various issues discussed during the 2018 Synod of Bishops on young people, the faith and vocational discernment.

Among other challenges facing young men and women in the modern world, the pope addressed the advantages and pitfalls of digital communication, which has shaped today’s “ideas of time and space, our self-understanding, our understanding of others and the world, and our ability to communicate, learn, be informed and enter into relationship with others.”

The digital environment, he warned, also can be a world of “loneliness, manipulation, exploitation and violence” that has the power to create “a delusional parallel reality that ignores human dignity.”

“Digital spaces blind us to the vulnerability of another human being and prevent us from our own self-reflection. Problems like pornography distort a young person’s perception of human sexuality,” the pope said.

Additionally, he continued, an “approach to reality that privileges images over listening and reading has influenced the way people learn and the development of their critical sense.”

In fact, during a briefing on the document at the Vatican press office April 2, a journalist asked if the Vatican really expected to reach young men and women with a 183-page exhortation.

Bishop Fabio Fabene, undersecretary of the Synod of Bishops, said the task of informing young Catholics about the contents of “Christus Vivit” would fall to the Dicastery for Laity, the Family and Life.

“It will be their task, and we will pass along this request so they can do a summary or find a way to pass along the content of this apostolic exhortation, even in the digital world, by using the language of young people,” Bishop Fabene said.

NEXT: People should not fear difference, but division, pope says at audience