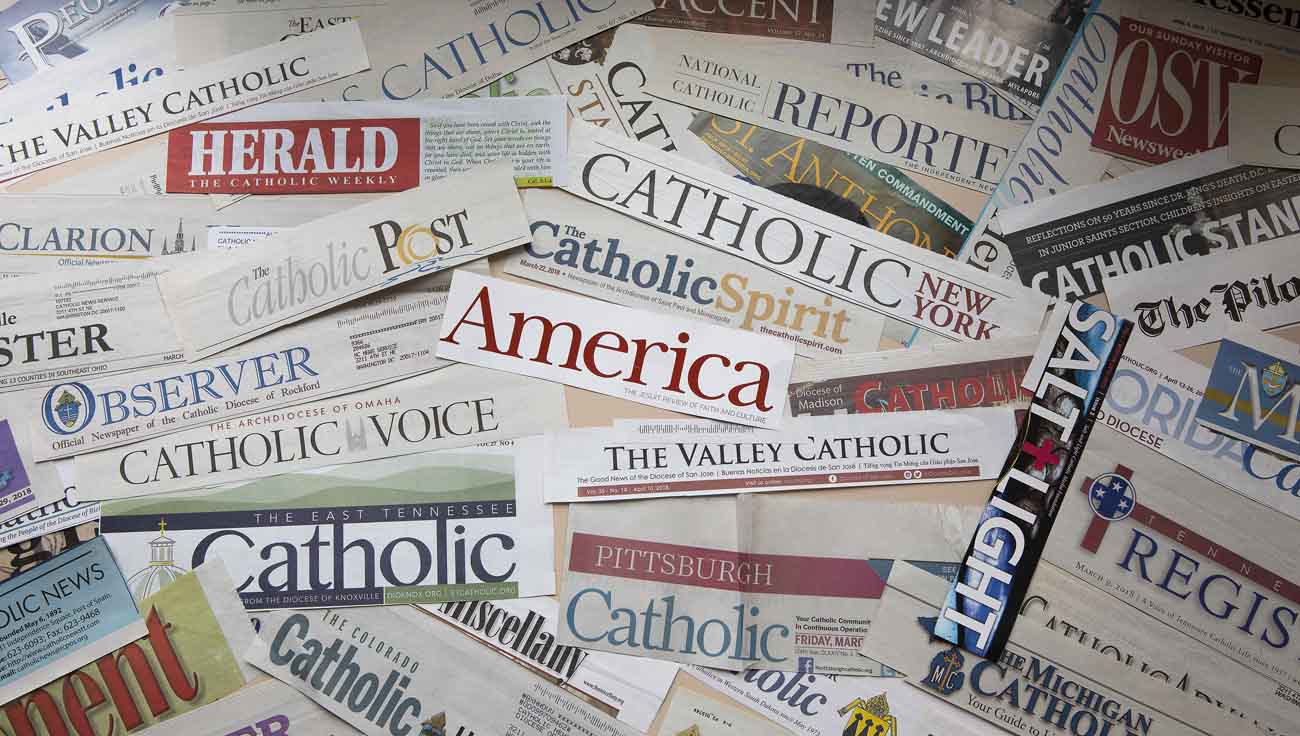 Newspapers of every type, including Catholic papers, are seeking relief from the U.S. government after six months of increased costs due to tariffs on imported Canadian newsprint. (CNS photo/Tyler Orsburn)

He encouraged the group to continue offering platforms for “a free and open exchange of information, opinions and analysis,” which will “benefit the men and women of your country.”

The pope made his comments during an audience at the Vatican April 4 with a group of Catholic and Protestant journalists from Germany. The delegation included representatives from Germany’s Catholic bishops’ conference, the Evangelical Church in Germany and public service media.

Seeing such a diverse group together demonstrates the active dialogue between the churches and public radio and television in Germany, the pope said.

Dialogue creates “understanding, opens horizons,” he said, and collaboration creates opportunities for a free and open exchange of ideas and opinions.

Journalists must make sure their efforts focused are on “facts rather than fake news, objectivity rather than gossip, accurate research rather than sloppy headlines,” the pope said.

For a while now, he said, the world has been witnessing a “troubling evolution” in which the right to life is being challenged, euthanasia is making inroads, social equality is being stifled, integration is lacking, and human dignity and freedom of conscience are being violated.

In such circumstances, he said it is up to the public media to be responsible for “clearly taking a stance for the precious good of human freedom,” and it is up to Christian communities to support them “in this service.”

The pope also encouraged the journalists to write positive stories that generate hope and reminded them that the human person should be at the center of their concern with the aim of helping his or her life remain or become “worth living.”

NEXT: To help Syrian refugees, get to roots of war, archbishop tells EU reps