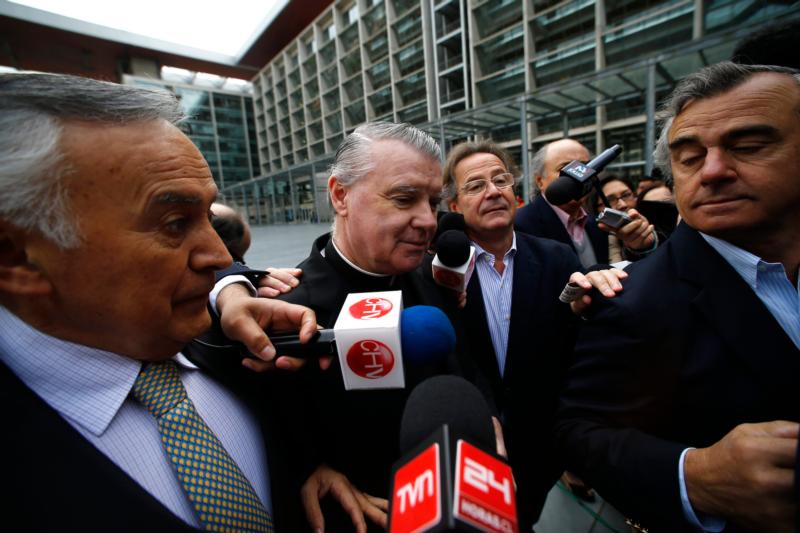 VATICAN CITY (CNS) — The Congregation for the Doctrine of the Faith has banned a Legionaries of Christ priest from publicly exercising his priestly ministry for 10 years after he was convicted in Chile of sexually abusing a young girl.

Irish-born Legionaries Father John O’Reilly was convicted in Chile in 2014 and sentenced to four years of “supervised liberty.” When the four years was up in December, he was told to leave the country or face deportation. He moved to Rome, where he still lives, according to the Legionaries.

In accordance with church law, he also underwent a trial by a tribunal of the Congregation for the Doctrine of the Faith, which also found him guilty of child sexual abuse, the Legionaries of Christ press office said in a statement April 11.

In addition to suspending him from ministry, the Legionaries said, the doctrinal congregation imposed “the perpetual obligation to establish residency outside Latin America and the perpetual prohibition of voluntary contact with minors,” as well as recommending he seek “psychological and spiritual accompaniment.”

“The sentence concludes with the mention of the right to appeal,” the Legionaries said.

Father O’Reilly “is reviewing with his lawyer the sentence, which he received today with faith and with confidence in the authorities of the church,” the statement said.

Born in Ireland in 1946, he entered the novitiate of the Legionaries of Christ in 1965 and was ordained to the priesthood in 1975. He began working in Chile in 1984, serving at a school in Santiago where the abuse occurred.

PREVIOUS: Pope: In a divided world, Christians must treat all as brothers, sisters

NEXT: Pope sends aid to flood victims in Iran