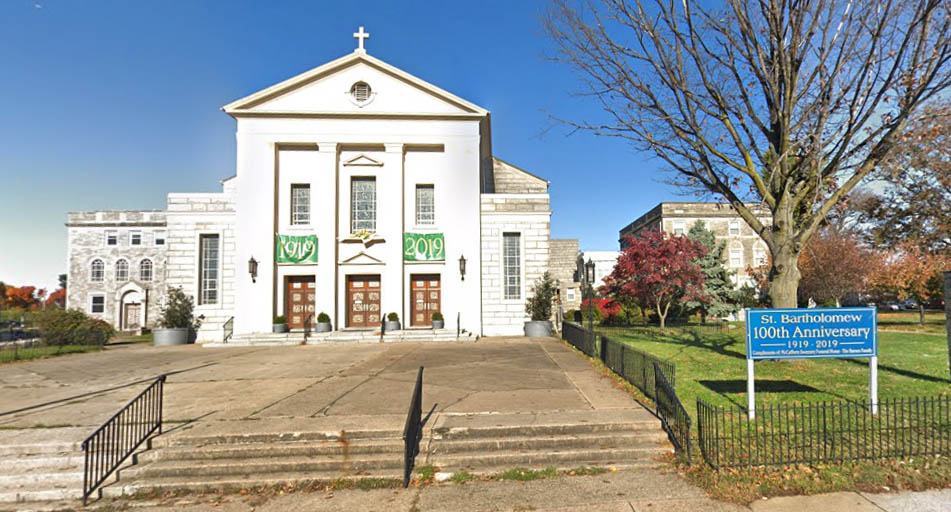 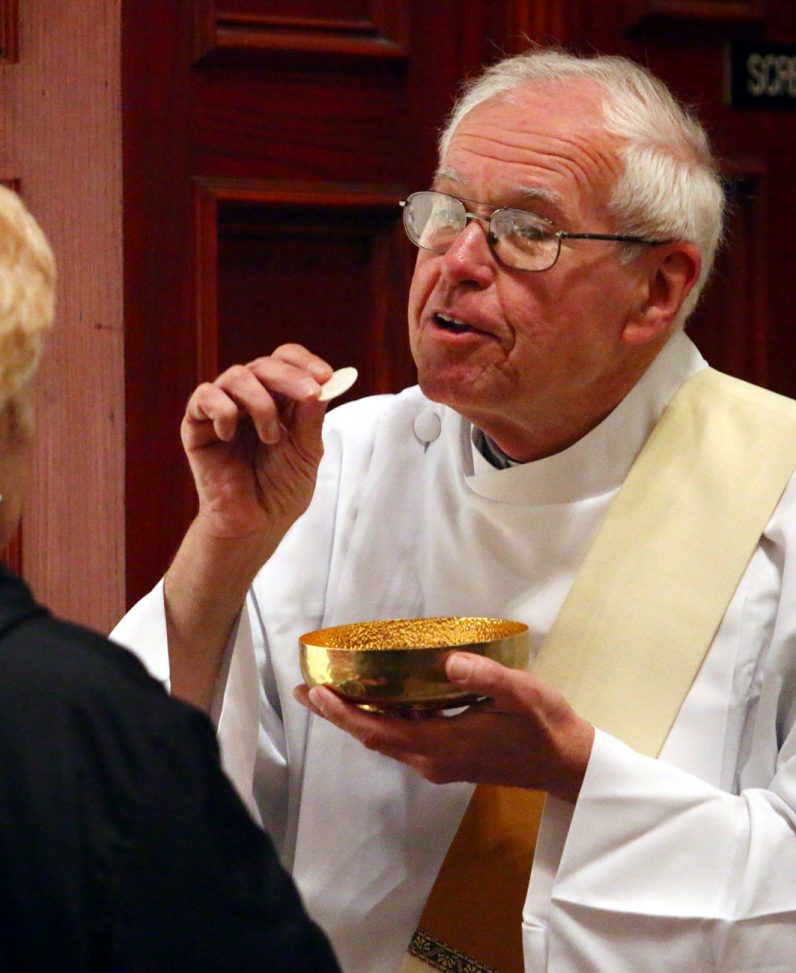 St. Bartholomew Church in the Wissinoming section of Northeast Philadelphia, where Archbishop Charles Chaput celebrated a 100th anniversary Mass on May 12, is one of the largest churches in the city. Its beginnings were much humbler.

When the parish was established in 1919, it was taken from the southern territory of St. Leo Parish which was centered in Wissinoming. The first Masses were celebrated by Father Joseph Scanlon, the founding pastor, and were at a pre-talkies movie house, the 297-seat Elite Theater on Torresdale Avenue.

The real nucleus of St. Bart’s traces back a bit further to a Sunday school at Toomey’s Hall, 4620 Vankirk Street, which was conducted by Miss Irene Merget and other volunteers, with sufficient numbers of children to clearly show a new parish for that area was needed.

Father Patrick Fogarty of St. Leo’s had originally proposed building a chapel at Vankirk and Walker Streets but this was vetoed by Philadelphia’s new Archbishop and soon-to-be Cardinal Dennis Dougherty, who correctly saw the need was for a church not a chapel, and so the larger current property at 5600 Jackson Street was purchased.

A general rule in Cardinal Dougherty’s administration was that a new parish in the city had to first build a school with a chapel in it then build a church after the school was paid for. Construction of a school with a chapel proceeded to the point the first Mass was celebrated in the chapel on Christmas Day, 1920 even though the windows were not yet glazed.

The Christmas Mass may not have been for sentimental reasons. The celebration of Mass before year-end would make the property tax exempt for the year.

In due time the Sisters of St. Joseph arrived to staff the school, which with further additions would educate 1,200 children at its peak. Other buildings would be added, a convent and rectory of course, and even a converted World War I prefabricated building similar to a Quonset hut that served as a parish hall.

However with the Great Depression and another world war, building a proper church was put off until 1955 when Father Joseph McMahon, St. Bart’s fifth pastor, received permission to begin construction.

Interestingly the beautiful stone church that was dedicated in 1956 had a much smaller footprint than such edifices as the Cathedral Basilica of SS. Peter and Paul, but a far larger seating capacity for the simple reason there are no massive interior pillars or other impediments to viewing the altar, thanks to modern construction methods.

By the time Father John J. LaRosa arrived in 2011 as St. Bartholomew’s 11th pastor, there were serious challenges. As with so many city parishes, most of the young families had left the area for the suburbs. The huge school closed in 2005 and the parish had a debt of almost $1 million.

Faced with a dwindling Catholic population coupled with fewer priests, many city parishes were closing. St. Bartholomew’s dodged that bullet in 2013 when two parishes in its cluster closed but it was spared. 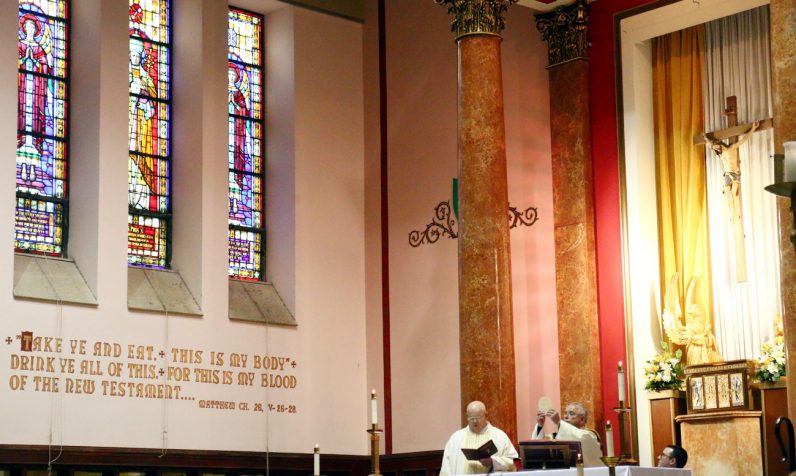 But there was light at the end of the tunnel. In 2016, most of the parish buildings except for the church and rectory was sold to New Courtland Senior Services to erect a senior citizens health care and residential complex.

With the proceeds Father LaRosa was able to pay the parish debt but also, most innovatively, section off the rear third of the church and by doing so created an excellent facility for parish meetings, receptions and social gatherings.

A parish that now has a weekend Mass attendance of under 600 does not need an 1,800-seat church. This new facility dubbed St. Martha’s Hall is a perfect example of taking lemons and making lemonade, and the parish loves it.

“It is utilizing something that was not being used and it has invigorated us in the neighborhood,” Father LaRosa said.

“As a person who has been a member of St. Bartholomew Parish for over 30 years,” said Gerry Owens, an active parishioner in the RCIA program, lector and extraordinary minister of Communion, “I can tell you what a wonderful feeling it is to be part of this family. Because that is what we are, a family.”

“The growth of our faith with our pastor, Father LaRosa, has been remarkable,” she said. “No matter what we want to institute — to enrich parish participation in liturgy or studies — he has been behind us 100 percent.”

Owens also credits the late Deacon John Bean, a member of one of the earliest Philadelphia permanent deacon classes to be ordained, with starting new initiatives.

Through his leadership “we started a Scripture Study Program that continues to this day with studies in the spring and fall each year,” she said. “So many people are involved in activities that enrich our faith.”

Although Deacon Bean is now deceased, his office is now being filled by Deacon Gerard McPhillips, a parishioner for 27 years.

The strongpoint of St. Bartholomew, he said, “is the tremendous love the people have for the parish. Our people work hard to put out the welcome mat, and we all pray for the working of the Holy Spirit.” 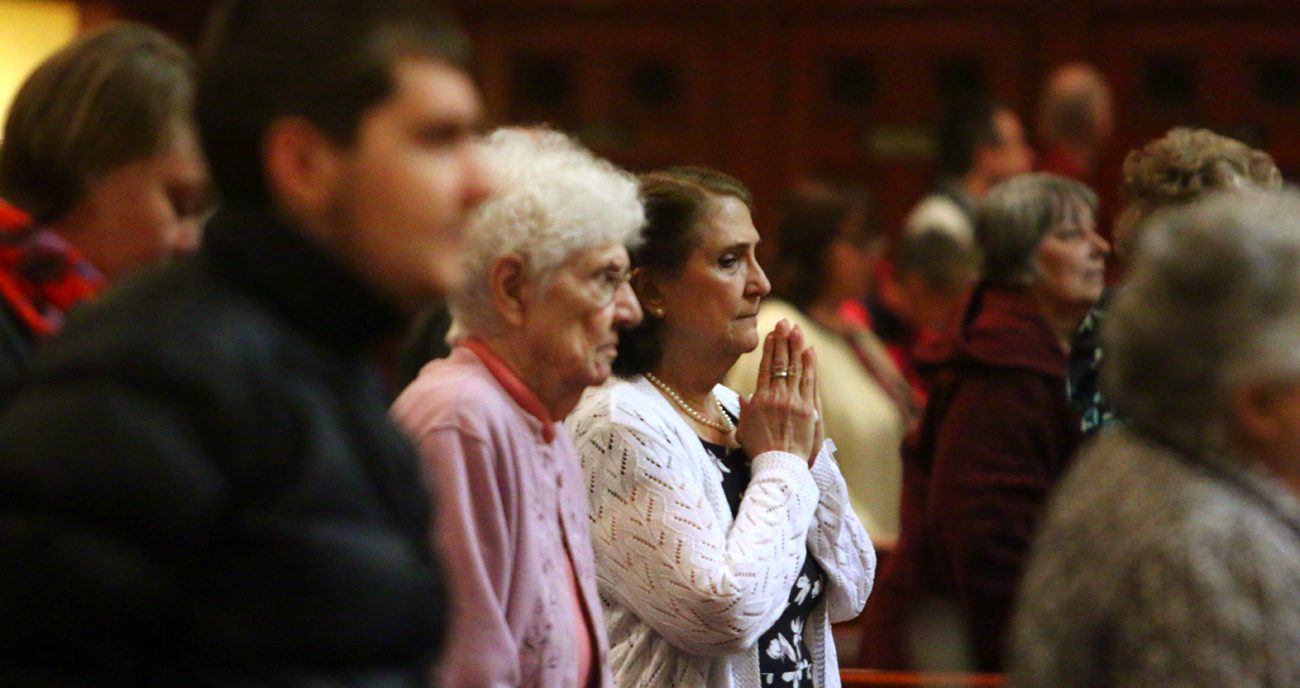 PREVIOUS: Pro-life mom berated by Sims looks to prayer as ‘blanket of safety’