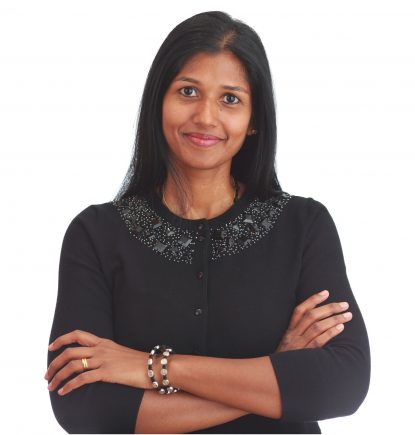 A Pennsylvania lawmaker’s recent confrontations with pro-life witnesses at a Philadelphia Planned Parenthood clinic were not the first, according to the organization to which the advocates belong.

“For those of us who’ve been out there a few years, Brian Sims is nothing new,” said Dr. Monique Ruberu, a physician based in Montgomery County and founder of Sidewalk Servants. “It’s almost the #MeToo movement of pro-life — encountering Brian Sims and people like him.”

Members of Sidewalk Servants volunteer one or more hours per month to pray and to offer pro-life resources to women visiting downtown abortion centers.

Along with Patrick Stanton of the Pro-Life Union of Greater Philadelphia, Ruberu founded the group about a year ago to sustain the local momentum for the annual 40 Days for Life campaign, an international pro-life movement that stresses prayer, fasting and community outreach.

What made the latest encounters with state Rep. Brian Sims “uncommon” was that “he recorded himself,” said Ruberu, an obstetrician and gynecologist who conforms to Catholic teaching in her medical practice.

In two videos posted to social media earlier this month, Sims berated the witnesses at length, denouncing them as “racist,” “shameful” and “disgusting” for being present outside the clinic engaged in silent prayer.

One eight-minute clip showed Sims confronting an unaccompanied middle-aged woman with a rosary as she paced quietly in the public space near the entrance of Planned Parenthood.

Calling her “an old white lady telling people what’s right to do with their bodies,” Sims closely followed her movements with his cell phone camera, at one point appearing to collide with her as she tried to evade him. He challenged the woman to call the police and to advise them that “Rep. Brian Sims is … telling somebody that using the rights they’re using” to protest abortion “is disgusting and it’s wrong and it’s shameful.”

In a second clip, Sims briefly interacted outside the same clinic with Ashley Garecht, her two teenaged daughters and a teenaged friend. He described them as “a bunch of white people … shaming people,” despite the friend’s reply that she was “pretty far from white.” Sims then told them “there’s nothing Christian about what you’re doing.”

In both videos, Sims solicited donations to Planned Parenthood. He also asked viewers to identify the protesters and to provide their addresses, offering $100 for such information in the second video – a practice known as “doxing,” or posting personal information without the consent of an individual.

Ruberu herself has been similarly addressed by Sims.

“He’s called me a racist, and my response to him is always, ‘We’re out here to help the women and the children, and we’ll pray for you as well,’” she said. “He doesn’t really want to have a conversation with us.”

Instead, Ruberu and her team encourage Sidewalk Servants to offer a “prayerful, peaceful, loving response” to those who oppose their pro-life witness.

“ We’re just here to pray and help the men and women going in and out of here,” said Ruberu. “We have no desire for conflict.”

Such demeanor was evident in both videos, where the witnesses remained non-confrontational despite being verbally accosted by Sims.

Ruberu said their responses were in keeping with the training that Sidewalk Servants receive before they undertake one of three possible forms of witness outside of an abortion center: a peaceful presence that stands by “a loving pro-life sign;” a prayer warrior, who “lovingly prays” for both a conversion of hearts and an end to abortion; and a sidewalk counselor, who has been educated on how to speak with those entering and exiting the facility, and to offer non-abortion alternatives and resources.

Volunteers should ideally complete the full three-hour training prior to their witness, said Ruberu, but the organization also offers several videos that enable advocates to prepare themselves more quickly for their time on the sidewalk.

Key to the Sidewalk Servants’ approach is a recognition that “the majority of those fighting for abortion … are doing it because they honestly believe they’re helping,” Ruberu said.

“If we can find a commonality with them, and work together to create programs that solve the issues driving women to have abortions, that would be great,” she said.

Yet while “people in the lower levels of Planned Parenthood” may believe their efforts assist women, Ruberu clarified that those at the organization’s higher levels have “a goal to increase the number of abortions.”

“There is a bit of a disconnect there, and many of those supporting Planned Parenthood don’t quite realize that’s the truth,” Ruberu said.

Pro-life advocates and fellow volunteers have rallied in support of the witnesses in Sims’ videos.

In a May 8 statement issued by the Philadelphia Archdiocese, Archbishop Charles Chaput condemned Sims’ behavior, while Garecht informed local media that her family has filed a report with local police in response to Sims’ call to identify the children in the videos.

Republican lawmakers at state and national levels have spoken out against Sims’ actions, and the Republican Party of Pennsylvania has called for an investigation of the legislator.

A GoFundMe account set up by the Garecht family in response to Sims’ actions has now collected some $110,000 for the Pro-Life Union of Greater Philadelphia.

Ruberu believes that what began as an aggressive attack will ultimately increase awareness of and support for the pro-life movement, and she remains hopeful that Sims himself will someday embrace a pro-life perspective.

“Anybody who is taking a stance with such hatred and anger has major holes in their life, and the only one who can fill those holes is God,” said Ruberu, citing the example of Saul, whose encounter with Christ transformed him from a persecutor of the early church to its greatest apostle.

Until then, Ruberu — who will join fellow pro-life advocates at a May 10 rally to protest Sims’ videos — will continue “to respond with kindness and love,” regardless of opposition.

“Yes, he needs to understand that what he did was not right, but this may be the moment in time that can bring a lifelong change for this man,” she said. “If we can’t love the guy that’s being the meanest towards us, then everything else that we say counts for nothing.”