Are 3 brothers ready to serve their country in the military? Yes, sir! 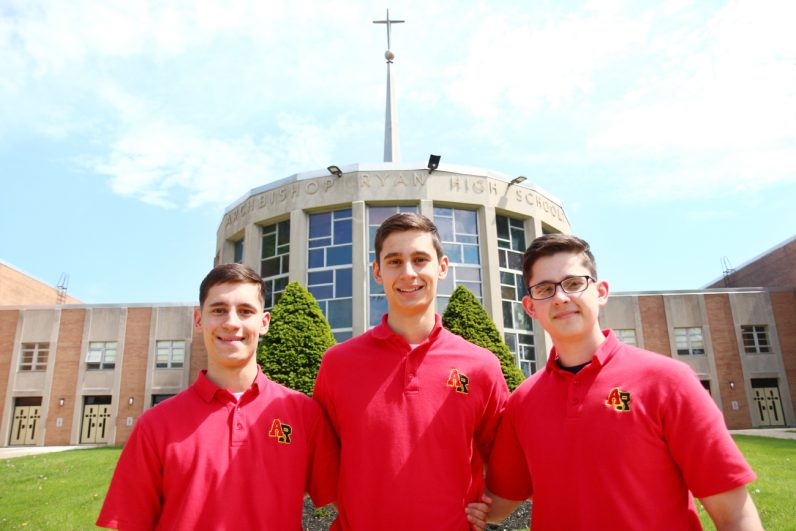 Robert, Jim and Charlie Crossfield, triplet brothers who are graduating from Archbishop Ryan High School before moving on to careers in the military services. (Photo by Sarah Webb)

Is there such a thing as service to country being part of one’s DNA?

That certainly seems to be the case of the Crossfield family who are members of St. Cecilia Parish in Philadelphia’s Fox Chase section. Triplets Charlie, Robert and Jim are all graduating from Archbishop Ryan High School this spring and entering programs toward possible careers in the military.

Jim been accepted into the U.S. Naval Academy in Annapolis; Robert is headed for the U.S. Military Academy at West Point and Charlie will follow the example of their two older brothers through a full Navy ROTC scholarship at Penn State University. John is on active duty with the Navy, while Joe is still in the Penn State ROTC program.

Through generations tracing back to their great-grandfathers and grandfathers, service to country by the Crossfield family includes World War I, World War II and the Korean War, according to Jim, the eldest of the triplets (by minutes). At Annapolis his planned course of study will be something his ancestors never heard about: aerospace engineering.

“I plan to spend a lot of time in the Navy,” he said. “I have always wanted to give back to hold up the Constitution, to be part of something bigger than myself. I give credit to my school and to my family to make me the person I am today.”

Actually getting an appointment to one of the service academies takes a lot more than a high score on a test, although all three brothers are members of the National Honor Society. Candidates must be well-rounded both intellectually and physically. 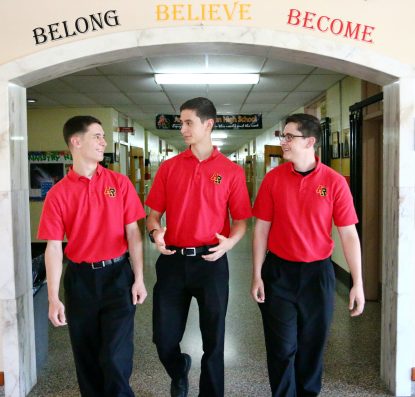 For example Jim wrestled, played soccer and baseball, and was a member of the Future Engineers Club.

“We were all involved in community service at St. Cecilia,” he said.

Robert, who is headed for the Point, has already visited and shadowed a cadet and he is mentally already there to the point that he addresses lowly members of the fourth estate as “sir.”

“I really liked it there and can see myself as part of it,” he said. “I’m not sure what my MOS (Military Occupation Specialty) will be, infantry or artillery.”

Robert will enter with a class of 1,500 plebes knowing perhaps 1,200 will stay the course and graduate as second lieutenants, but he is determined to be among them.

At Archbishop Ryan he’s been a school ambassador, a member of Athletes Helping Athletes, played ice hockey and soccer, and is president of the American Heroes Club, a group he co-founded that honors those who have served their country in the military.

“I know that some people don’t realize all that we have comes at a cost,” he said. “I just want to do something to give back to the country I love so much and be part of something bigger than myself. Right now I’m thinking about a career in the service.”

While his parents are understandably proud of what their sons are doing, Robert emphasizes it is the brothers’ own decision.

“Our parents made clear to us that if this is something that you don’t want to do, don’t worry about it, we won’t persuade you.”

Nevertheless, without persuasion there is the matter of family example. “My dad was a first responder after 9/11 trying to make a difference,” Robert said.

Charlie is following the path of their older brothers by attending Penn State on a Navy ROTC scholarship and majoring in nuclear engineering.

“My grandpop was in the Navy, so that’s where I got the idea,” he said. “My dad was in the Air Force and my older brothers were in ROTC, one for the Navy, the other for the Marines, and they just supported us.”

At Ryan Charlie wrestled, played soccer and was an ambassador as well as a member of the American Heroes Club. Right now he expects after ROTC he will serve at least five years on active duty and could make a career of it.

“I want to do surface warfare on a ship,” he said, “but we’ll see as I move on.” Regardless of his future role in the Navy, his parents “know how important it is for me,” he said.

Clearly the most important support for the three brothers as well as for their older brothers has been that encouragement from home.

Their father, Robert Crossfield, followed his four year-military service in England and North Dakota by joining the Philadelphia Fire Department, where he has just finished his 34th year.

You don’t have to be in active military service to be in harm’s way, and he has done that willingly over these many years, perhaps most dramatically when he served among the first responders who went to New York after the September 11, 2001 terrorist attacks.

“We spent nine days on what turned out to be a recovery effort, not a rescue effort,” Robert said. “I came back with an empty heart.”

He may also have come back with some lasting after effects because of exposure to potentially deadly fumes during that time working in the smoldering ruins. Not every hero is wearing a military uniform. Nevertheless Robert Crossfield Sr. is enormously proud of his children.

“They are respectful, they don’t take things for granted, they have been raised to respect what they have, earn what they have and have pride in their family tracing back to the grandparents and great-grandparents,” he said. “I’m very proud of their decision.” 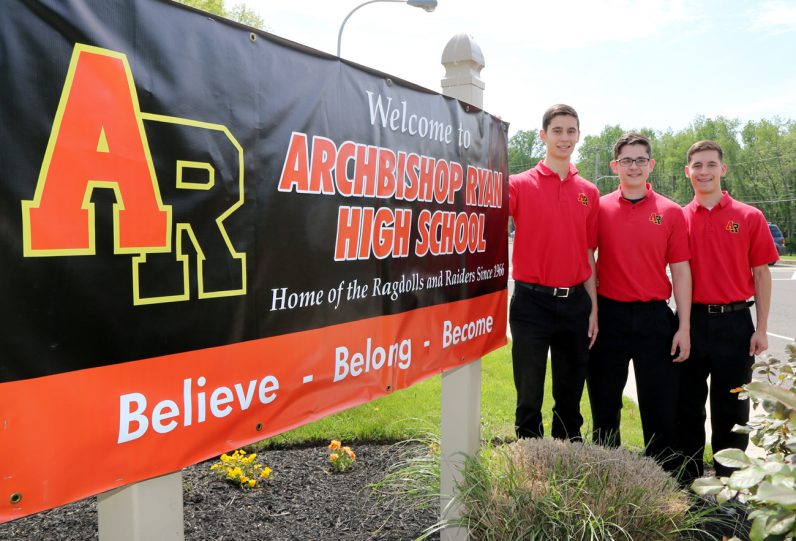 PREVIOUS: He’s seen the world, but ready to minister in Philadelphia

NEXT: From NBA ref to permanent deacon, Steve Javie’s keeping his whistle