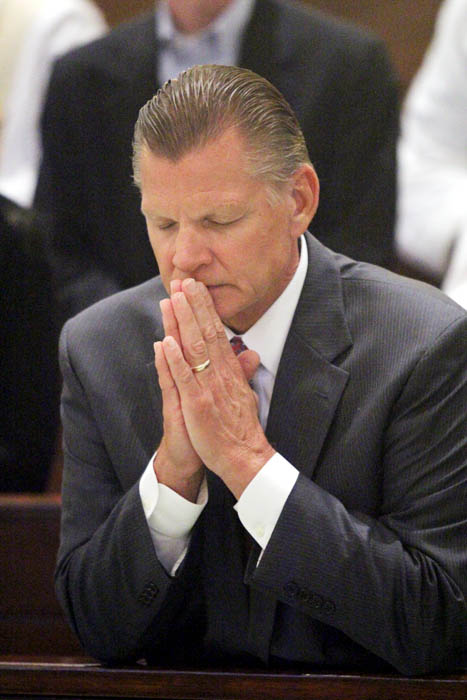 Watch the ordination Mass of seven permanent deacons (read their bios here) for the Archdiocese of Philadelphia on Facebook Live beginning at 10 a.m. Saturday, June 8 at the Cathedral Basilica of SS. Peter and Paul. And see CatholicPhilly.com’s list of the new deacons’ pastoral assignments plus other local clergy assignment changes on Saturday afternoon, June 8.

If 30 years ago anyone told Steve Javie he would become a permanent deacon, he probably would have said, “no way.”

Sure, he came from a solid Catholic family with Mass every Sunday, confession every two weeks need it or not, and his uncle Msgr. Anthony Jaworowski was one of the most respected priests in the Philadelphia Archdiocese, but all of that was ancient history as far as Javie was concerned.

Sports was really in his blood — his dad Stan Javie was an NFL football referee who worked four Super Bowls, and at La Salle College High School Steve played baseball, football and basketball, and at Temple University he continued with baseball, which was his first love.

After getting his degree in Business Administration Javie signed on as a pitcher in the Baltimore Orioles’ farm system, but his dreams of baseball stardom were cut short after one year because of an arm injury.

During his college years he’d done some refereeing and umpiring to pick up a little money; now he seriously thought about making it a career. In the beginning he worked as baseball umpire but ultimately switched to basketball, which from an officiating standpoint has more action.

After five years officiating in the Continental Basketball Association Javie was hired by the NBA in 1986, and he remained there for the rest of his 20-plus-year career. Today, he provides commentary on NBA officiating during telecasts of games on ESPN.

Professional referees travel often and that meant a lot of time in airports. That’s how he met Mary-ellen Kennedy, who worked at Philadelphia International Airport.

Guys will do almost anything to impress a pretty girl, and after one date and learning Mary-ellen was a strong Catholic, he suggested they go to Sunday Mass with brunch afterwards. She agreed, and in Steve’s recollection the Mass was pure agony. The priest just kept going on and on, and he couldn’t wait until it was over. 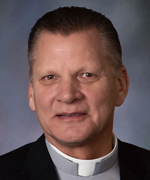 Steven M. Javie will be ordained a permanent deacon for the Archdiocese of Philadelphia Saturday, June 8 at the Cathedral Basilica of SS. Peter and Paul, Philadelphia.

On the way to the restaurant he told Mary-ellen he didn’t get much out of the Mass.

She looked at him and asked, “What did you put into it?”

“There’s a lot things you could do,” she said. “Have you anyone you could pray for while you’re sitting there?”

That got him thinking, it got him going back to Mass on a regular basis, and when he met her family, they were just like her.

The couple were married in less than a year, and although God never gave them children it has been a very good marriage.

Steve did go through a rough patch in 1999 when he was one of 15 referees to be accused of tax evasion, in his case over the value of frequent-flyer miles. Worry about that got him going to Mass every day. Even though he was the only one to be acquitted on all charges, the daily Mass habit stuck.

For years he and Mary-ellen lived in St. Helena Parish, Center Square. For the past 11 years, however, they have been living in St. Andrew Parish in Newtown where Steve belongs to a “small” men’s faith-sharing group with about 50-60 men in it, and he loves it.

When he retired from the NBA in 2011, he was looking for a way to give more time serving the Lord. “It was the Holy Spirit — the word ‘deacon’ just popped into my head,” he said. He went to his pastor, Msgr. Michael Picard, who advised, “Go for it.”

Now Javie’s about to be ordained a deacon — learn about all the seven men to be ordained for the Philadelphia Archdiocese on Saturday, June 8 at the Cathedral Basilica of SS. Peter and Paul — and he is looking forward to ministry especially to men, telling them, “it’s OK to go make money, but you also have to go to church and love Jesus.”

One other thing. People associate basketball referees with that whistle they like to blow. Javie still carries his whistle every day, mostly in memory a dear friend who did the same thing.

Because parish meetings can get pretty contentious at times, he might need to pull out that whistle.

PREVIOUS: Are 3 brothers ready to serve their country in the military? Yes, sir!

NEXT: Without a word of English, he found friends at Christ the King