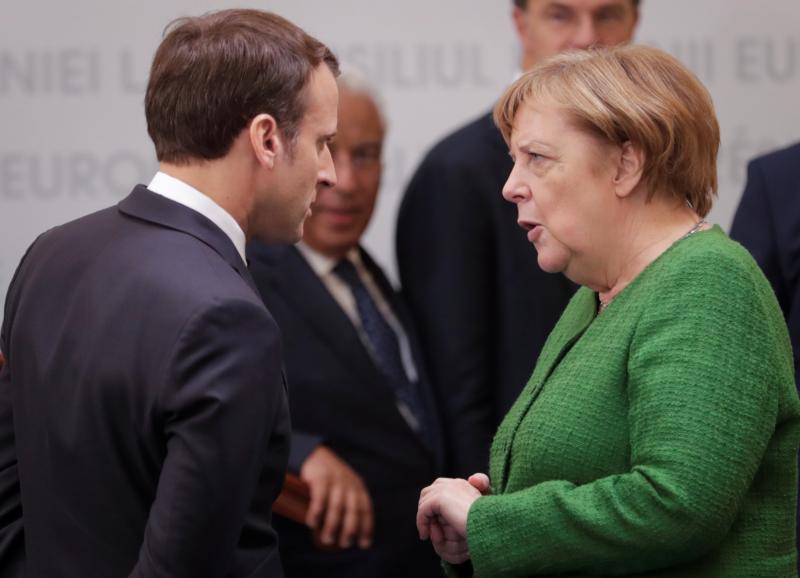 OXFORD, England (CNS) — Catholic bishops from France, Germany, Belgium and Luxembourg have said the European Union risks being undermined by growing national opposition and urged citizens to rally behind it in upcoming continent-wide elections.

“The EU is threatened today by various economic, political, demographic and ideological crises — but we are convinced it has tools to overcome them,” the church leaders said.

“Some seek to oppose the EU and resort back to independent nations. We are certain solidarity and collaboration between nations is the most fruitful response we can offer,” they said.

The appeal was published in the run-up to May 23-26 elections to the European Parliament. Signers included Archbishop Jean-Claude Hollerich of Luxembourg, president of the Brussels-based Commission of the Bishops’ Conferences of the European Union, or COMECE, and a dozen other prelates.

It said true unity and peace in Europe still lay in the future and were threatened by terrorism, unemployment, environmental degradation and demographic decline, as well as by the need for social justice “in face of a financial liberalism which scorns the human person.”

However, it added that the bishops were confident the 28-country EU could find “new paths” for tackling such challenges and urged Europeans to recognize their common heritage and the benefits of membership by taking part in the vote.

“To abandon Europe would be not just register a suicide, but to incur a terrible responsibility before history of losing a patrimony entrusted to us for almost 2,000 years,” the bishops said.

The bishops called for Europeans to go to the polls in a show of support for European unity and to promote “dialogue and integration between peoples.”

The new 751-seat Parliament, sitting till 2024, will be tasked with easing tensions over the faltering Euro currency and the continued influx of refugees and migrants, as well as the delayed departure of the United Kingdom.

Traditionally, low turnout is expected to reduce support for centrist parties and benefit far-left and far-right groups demanding radical changes in the EU, some of which have opposed European Parliament resolutions backing abortion rights, same-sex marriage and gender-neutral teaching.

Several Catholic bishops’ conferences and international organizations have issued pre-election statements including the Conference of European Justice and Peace Commissions of the European bishops’ conferences. The organization warned in March that trust in the EU was being eroded by social exclusion and an unfair distribution of wealth and opportunities, and could be lost if it failed to ensure a better infrastructure to safeguard the common good.

Presenting the bishops’ appeal, Archbishop Hollerich told KNA, the German Catholic news agency, “Brexit, populism and nationalism” posed a threat to Europe, saying it would be “folly” to criticize the EU without “seeing its positive aspect.”

However, a former Polish secretary-general of COMECE, Msgr. Piotr Mazurkiewicz, told Catholic News Service that some “anti-establishment parties” had “sensible reform ideas,” and could compel the EU, whose rotating six-month presidency is currently held by Romania, to adopt a “more conservative attitude to religion, family life and national identity.”

NEXT: Pope discusses deaconesses, need for nuns to be servants not ‘maids’