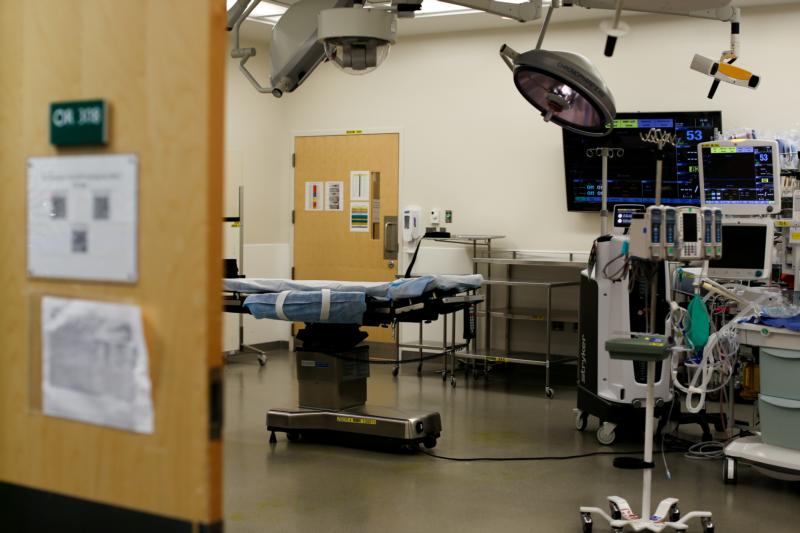 An operating room is seen at The Johns Hopkins Hospital in Baltimore, Md., May 13, 2019. Pope Francis said May 17 that health care workers who conscientiously object to a procedure to protect the life and dignity of their patients must do so respectfully. (CNS photo/Rosem Morton, Reuters)

VATICAN CITY (CNS) — When doctors, nurses and health care workers conscientiously object to a procedure to protect the life and dignity of their patients, they must do so respectfully, Pope Francis said.

Without respect, conscientious objection can be “a reason for contempt or pride” that would impede dialogue “with those who hold different positions” and mask the true reason of that objection, which is to the seek the patient’s well-being, the pope told a group of Catholic health care workers May 17 at the Vatican.

“To become the traveling companion of those near us, especially the last ones, the ones often forgotten, the excluded: This is the best way to understand in depth and with truth the different situations and the moral good that it implies,” he said. “This is also the path to give a better witness to the Gospel, which casts upon the person the powerful light that our Lord Jesus continues to shine on every human being.”

The pope met with the delegation from the Italian Catholic Association of Health Care Workers, which was in Rome to commemorate the 40th anniversary of the founding of the organization.

In his address, the pope thanked the organization for its efforts to promote and defend life, especially “those who are the most helpless or in need of assistance because they are sick, elderly, marginalized.”

He also warned about many health care systems today that treat the sick “as numbers” and not as people. Those systems, he said, place the need to reduce costs and efficiency over the actual patient “who needs to be understood, listened to and accompanied just as much as he or she needs a correct diagnosis and effective treatment.”

Pope Francis also emphasized the importance of spirituality not only for patients but also for health care workers who run the risk of being “burned out” by long shifts, high stress emergencies or the emotional impact of their work.

Healing, he said, “among other things, passes not only through the body but also through the spirit.”

NEXT: Pope assures missionaries of his prayers for kidnapped priest