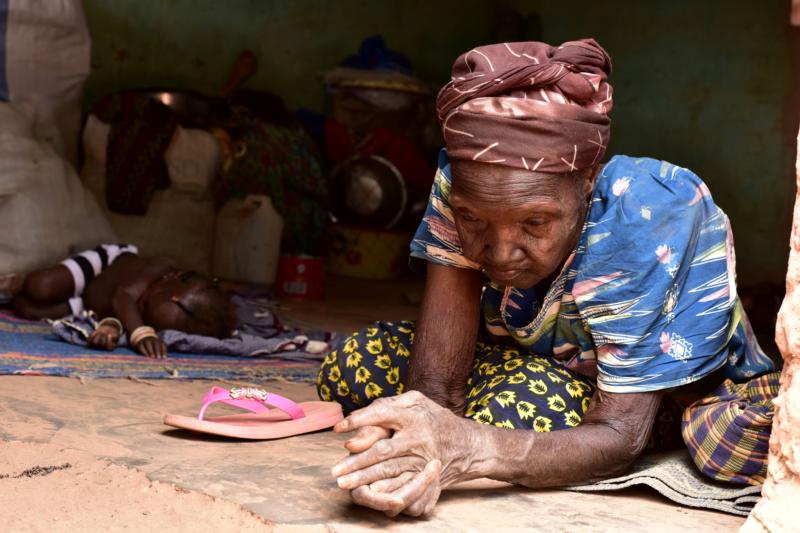 An elderly displaced Christian woman rests in a church in Kaya, Burkina Faso, May 16, 2019. Bishops’ conferences from Francophone West Africa have pledged solidarity with Christian communities after a spate of Islamist attacks. (CNS photo/Anne Mimault, Reuters)

OUAGADOUGOU, Burkina Faso (CNS) — Bishops’ conferences from Francophone West Africa have pledged solidarity with Christian communities after a spate of Islamist attacks and urged governments and religious leaders to do more to counter “unlooked-for menaces, tragedies and catastrophes.”

“Terrorist outrages are sowing desolation and disorder, especially in Christian communities — with hearts full of emotion and sadness, we think of brothers and sisters who’ve paid with their lives for fidelity to the Gospel and devotion to the Virgin Mary,” said the Regional Episcopal Conference of Francophone West Africa, known by the French acronym, CERAO.

“We express our strongest condemnation at this disquieting wave of violence and assure our bruised brethren of solidarity, prayerful communion and compassion.”

In a joint pastoral message, published May 22 after their weeklong assembly in Ouagadougou, the bishops said epidemics, ecological disasters and “new outbreaks of intercommunal and interreligious violence” had been compounded by chaotically organized elections, attacks on democracy and “new forms of terrorism,” as well as mass migration, which had made young people vulnerable to slave traders and human traffickers.

“The church also wishes to collaborate with politicians in fostering good governance, a democratic state of law, elections which are transparent, just and credible, and a respect for national constitutions, the verdict of ballot boxes and democratic alternatives.”

The bishops said “bad governance, insecurity, education system disfunctions and lack of employment opportunities” had all contributed to local misfortunes, adding that the Catholic Church was promoting education and entrepreneurship, while helping combat “poverty, criminality, despair and unemployment.”

Attacks on Christian communities also occurred in neighboring Niger and Mali, in what is widely seen as a drive by North African Islamists to extend control in the Francophone region.