Senior fair kicks off summer while gearing up for November elections 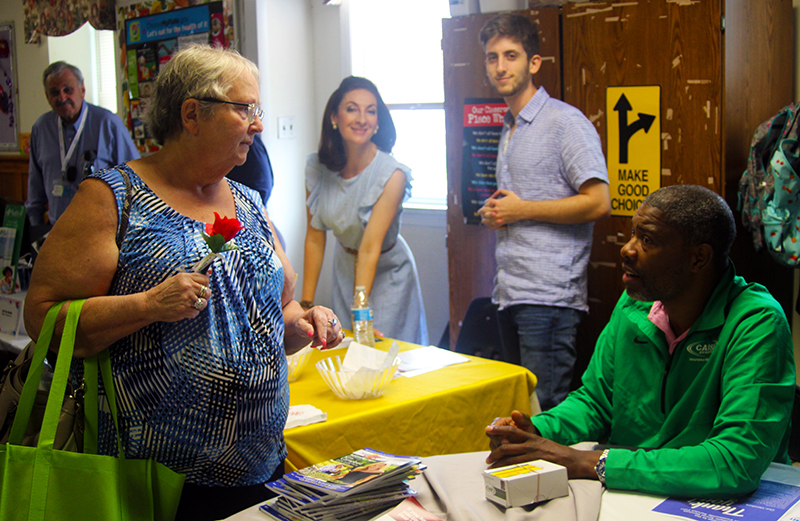 More than 100 area seniors kicked off summer by getting ready for the November 2019 general election.

The center, one of five operated by Catholic Social Services (CSS) throughout Philadelphia and its surrounding counties, assists an average of 80 senior clients each week, according to administrator Beth Wood.

“It’s very difficult to navigate the benefits system, so we provide them with anything we can to help them,” said Wood.

Tim Dowling, chief deputy for Philadelphia commissioner Lisa M. Keeley, guided fair attendees in the use of the new voting machine, which will replace the current push-button ballots as part of a state-mandated requirement to provide a voter-verifiable paper ballot.

“It’s like ordering at Wawa,” said Dowling, adding that the machine’s large touch-screen interface generates a printed receipt that is stored after a voter’s final selections.

Joanna Alba of St. Jerome Parish in Philadelphia said that the machines, which are handicap-accessible, were a “much needed” improvement. 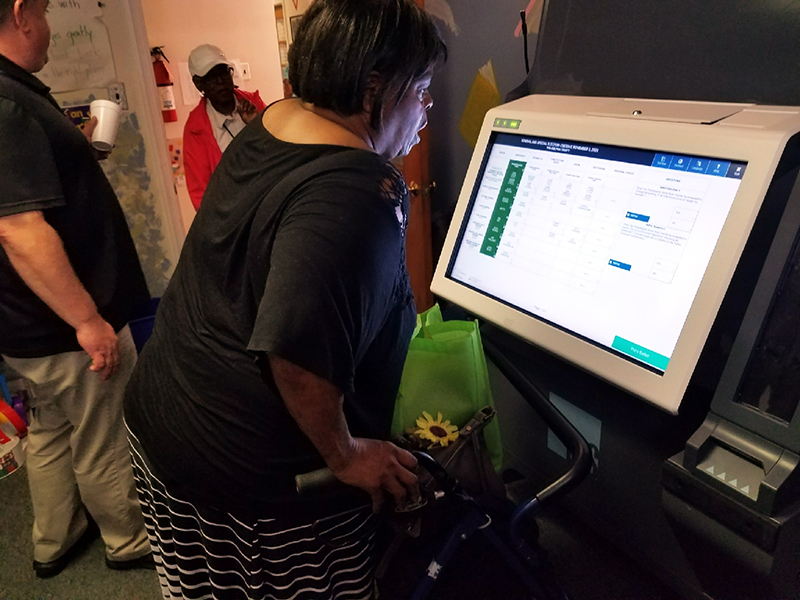 Manager Becky Thompson said that cultivating relationships with federal, state and municipal agencies, as well as local and regional businesses, is essential to the center’s mission.

“The more resources seniors have, the better,” said Thompson.

“A lot of them, once they leave here, go home, and there isn’t anyone else there,” she said. “So this is a place they can come and socialize, whether it’s bingo, tai-chi, Zumba or just gathering and talking to neighbors that they haven’t seen in a while.”

“Everything is here,” said Danko, a member of Annunciation Ukrainian Catholic Church in Melrose Park.

“It’s so needed,” said Stott, a member of St. Cecilia’s Parish in Philadelphia. “This is perfect, one-stop shopping.”